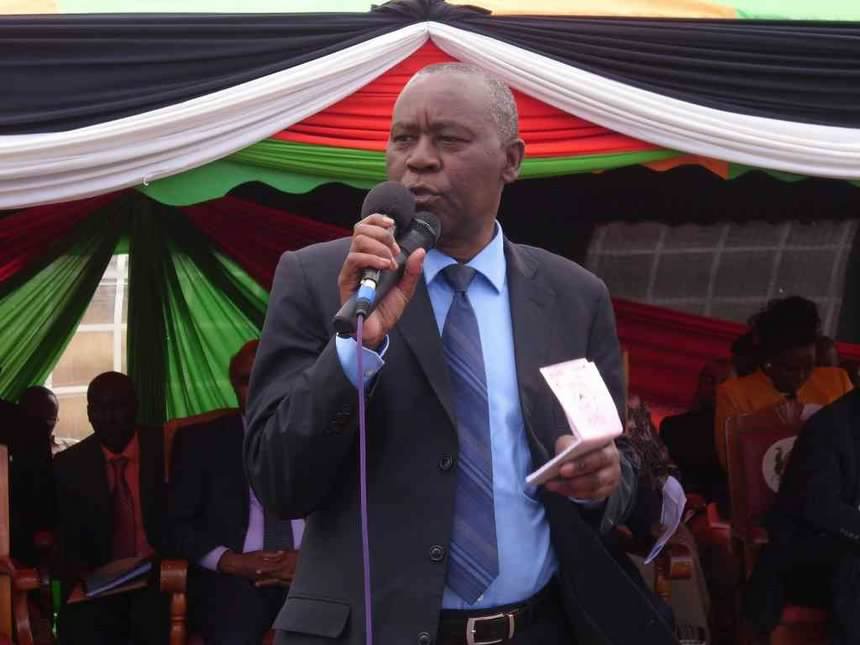 By Edward Genesis
Tweets @EKmwanzo
Nyandarua County, the land of potatoes and milk. The home to almost 340 thousand voters. Ol Kalau being its biggest and largest town, hence Nyandaruas Capital. Formerly Nyahururu was the capital before the county boundaries separated the two, now its under Laikipia County. From the censors conducted in the year 2009, the county had approx 600 thousand residents. This could have increased.

The county has five constituencies. Kinangop under Stephen Kinyanjui. Kipipiri under Samuel Kamunye. Ol Kalau under David Njuguna. Ol joro Orok under John Waiganjo. And finally Ndaragwa under Wanjiku Muhia. Nyandaruas’ current Governor is Daniel Waithaka. He has been struggling to gain significance since he lost trust from the “presumed” region kingpin. The politics of Nyandarua waives from both corners and revolves around the before kingpin. There was an event some time back that the governor told the President to do something was meant to be implemented by the governor himself. This saw him laughed off by the head of the State hence loosing the significance. That’s for governor Waithaka to solve.

My focus will be to Mr. Muriuki Karue. The current Senator of Nyandarua County. A Nyeri born man who later relocated to Ol Kalau. Sources are telling me went to Nyahururu high but currently doing postgraduate at the University of Nairobi. Sen Karue who was voted in as an independent candidate is facing a lot of retaliations from the ground. His opponents are well staged to take him down. The key issues are that he hasn’t brought the governor to the maximum accountability. The former MP of Ol Kalau constituency for a decade has a tough way to go.
Nyandarua has had several scandals and grafts.

Funds looted and families being left to live the by the blue side of their choice. The senator is, was supposed to bring the governor to accountability. Rumors had it that the county bought a Christmas Tree worth way over KSh 2million. With the county that is struggling financially and regarding leadership, that’s a wrong choice of priority.

Today I dissect through Nyandaruas’ senatorial race. Starting by the current senator. Sen Muriki Karue, this time around nonpartisanship will not work for him. My sources on the ground are telling me that this will be used to ouster him. Having no affiliation will see him as the enemy to uthamaki. He enjoys the fact that he is one of the brains behind CDF. The constituency development funds that was well choreographed and supper planned has been turned to the feeding point, for now, greedy member of parliament. Sen Karue has to convince residents of Nyandarua why the should re-elect him if at all is interested in retaining the senatorial seat. These are the key contestants…
David Ngugi
Githiomi Mwangi
Ndegwa Mweru
John Methu
Beatrice Kamau
Gichuke Ribathi
Muchiri Gachara
Thirikwa Kamau.
Macharia Mukua

I will focus on few of the many contestants. Starting with GITHIOMI MWANGI. Former Kipipiri member of parliament- during rtrd President Moi’s reign. The founder of Transworld Limited, an importation company based in Mombasa. The company that is believed to have been used by lots of his peers and other former governments officials to import goods in the state duty-free. A well schooled, well-matured man and the former member of parliament. Can he change the narrative on the ground of his party hoping and full of political traitor? That’s the question for the Nyandarua residents to tell us.

Beatrice Gathoni.
The daughter of Kamau, she vied for the women rep position that was unsuccessful. A beloved daughter of Nyandarua. She’s loved hence significant in the race for thee senatorial race. A member of Labour Party of Kenya, but anticipations of her ditching it is very high. She lost her before the bid to Wanjiku Muhia. Can she make the Nyandarua residents trust her with the senatorial seat?

Macharia Mukua.
Baptized by the name Daniel that he rarely uses-he knows why! Macharia is believed to be the biggest contestant for the race. The WATCHDOG COMMITTEE affiliated young man that some time back sued the county government. My sources are also linking him to GreenBelt movement due to the close friendship between him and the movements vice chair. He holds lots of forums that addresses the real issues of the residents. My source who is very close to the Nyandaruas county politicians, telling me that poor, idle youths are his main aim. He has a strategic Whats App groups that consist of his advisers and hundreds of youths on the ground. Is he the best man for the seat? Is he as true as he says? Being the Jubilees favorite choice, he stands a better chance to ouster sen Muriuki Karue. If politics of Nyandarua won’t be measured by the partisanship, there is a big challenge in the Nyandaruas senatorial race. My sources have a hint that Daniel Mukua might, will, win the seat. Buts that remains a hint.

The county that if full of idle youths who have no moral for work. If at all they get the work the amount is wasted in illicit brews. They need a leader, who will change this narrative. And a senator that can bring the county’s leadership to maximum accountability. Drug infested society and so is the nation. But one change time, it’s all about the county’s future development. The ground needs inspiration. The county can, if not is, feed a lot of citizens of this state. It has best soils for farming, and the farmers there need the most of the essential farming services.

The grounds are calling it GITAMA2017… a believed force to change the county’s leadership. Free advice to Nyandarua residents. Making a wise choice has no and will never have regrets. A change of the five years now means the brighter future.

The views expressed here are that of the author and do not necessarily represent the view or stand of this blog or its Chief Editor.

Kiambu Politics: Governor Kabogo Kicked Out From Uhuru’s Inner Circle And a Plot To Eliminate Him Hatched