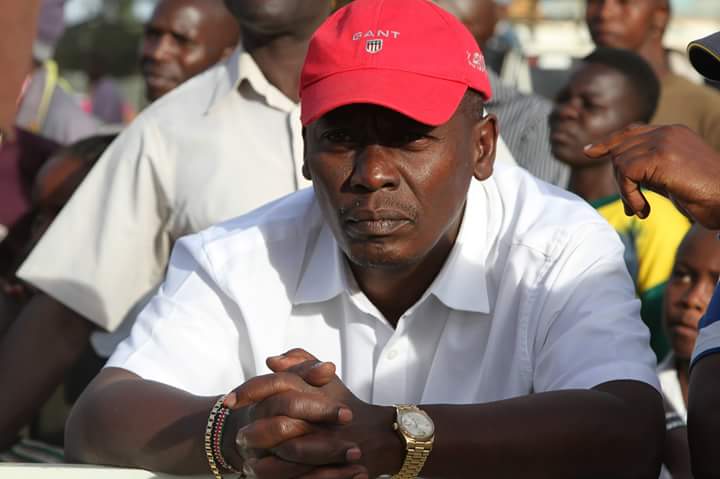 Time for political blackmail and politicians realignment cat licks. As March 9th almost a stone throw away, literally, it’s time to see the real planners and out planned. Those aligned and those to be lined on. The time that welcomes nominations, after nominations we will have a lot of political orphans. Some who will be the timeline for another 5 five years and the unfortunate will be nowhere due to natural, homicide or murder deaths.

My real focus today is on KIAMBU county, gubernatorial seat. Sources reaching me have just leaked a potential operation ONDOA KABOGO (kafogo) operation ouster Kabogo. William kabogo, a controversial millionaire whose real source of wealth is unknown, neither is it too certain, is in hot soup. If not, he’s almost into the hot fire. Kiambu having significant commercial lands turned into plots by increasingly greedy elite brokers amongst the sons of Mumbi. The county which before, was serving Nairobi with basic cash crops such as cabbages and kales, is now being fed by Nairobi. Nairobi the land of stones and the city under the sun.

The society has been infested by the get rich quick mentality and never look back. The county which has almost, 900k registered voters, presumably U. Kenyatta’s’ political strong hold. The county broke the GEMA record last General elections after former Premier Raila Odinga was voted by a massive number of voters. The county residents have sold all of their inherited soil. The county has been infested by commercial apartments. The coffee and tea farms are being uprooted to pave the way for the modern housings that the majority of the county residents can’t afford the apartments regarding leasing or renting.

The coffee plantation is being cleared to pave the way for car exhibitions and washing points. For instance, the VILLA GREEN hotel immediately after bypass cleared ALMOST 3acres of coffee to pave the way for flat grounds to set tents for a particular church and its events. FOURWAYS is trying by rehabilitating unused pieces of lands and turning them into gated communities. The sad part of it is that a handful of Kiambu residents are benefitted, neither can they afford the houses within those communities.

The leadership of Kiambu is crippled from the top. A lot of unwanted folks are working for Kabogo. Sources say that he prefers friends or high distance relative to attend to the county residents and offer shoddy services. Poor drainage in the county. Hunger infested poor residents some eaten away by jiggers. Record holders in Liquor drinking. Richly infested with illicit brews. 78% of single parenthood. While their governor, Kabogo is busy bodying around.

Buying expensive JEEP to carry JUBILEE manifesto and fetched former Uhurus’ chief tribal mobilizer and mouthpiece – Njogu wa Njoroge to his prayer rally at Kasarani. The son who is named after an elephant NJOGU in Kikuyu dialect. A man with a lady’s voice, Njogu, who is believed to have been eradicated from Uhuru, inner circle because of his over promising funds and pledges on the president’s shoulders.

Back to real business. My sources have leaked the info, which after Kabogo being slowly left out from Uhuru’s inner circle, there is a plot to “eliminate him politically.” Bishop Ngari of GAKUYU, a popular Kikuyu oriented SACCO, is believed to be the chair of the OPERATION OUSTER KABOGO. Second Sunday of February-believed, the group compromising of Waititu, Nyoro, undisclosed lady, Ngari and other unknown believed to be a contestant too, meet at Ngaris’ church in Thika. The source goes ahead to disclose the real intention of the after a mass meeting.

Those 3 and two who I have no received their names, for now, totaling to five, are contestants for Kiambu Gubernatorial seat. It believed that they are up to forming an alliance or a political force to push for a voter to vote out Kabogo. The folks are joining hands to come up with the governor’s seat contestant and its running mate. The seats of the remaining folks will be through negotiations. The group assumed spokesman Mr. Ngari was on Kameme FM, President Uhuru’ media max owned station, and promised to announce the way forward very soon.

The source also says that the elected member of parliaments are for the movement. No one is dancing to Kabogos rhythm. This movement could be having the upper hand from the State House. The source outlines that 50% of county representatives, MCA, are against their county president. The force is initiated by the son of Kabete, Waititu. Who is believe to have taken the kabogos’ for inner circle post and his replaced by Wamatangi. Those are called “ arata a mutongori wa athamaki” ***the FRIENDS OF THE CLANS PRESIDENCY**. ***THE translations might be slight of the key due to the language barriers***. The movement is believed to be a supper force.

What the residents are left with is the anticipations. Kabogo is to worry or work his way out. The voters to do what is best of them, vote in right or out sick systems. Ours is to give the public what to expect. The decisions lay with you residents of Kiambu. Do you see Kabogos’ administration effective? Do you have confidence in Kabogo? Are you ready for the new revolution? Are you ready for new Leadership? The county is yours by your vote. You have total control of your county development by voting in good folks. Be wise fellow Kenyans; this is the land of our birth and our Nation.