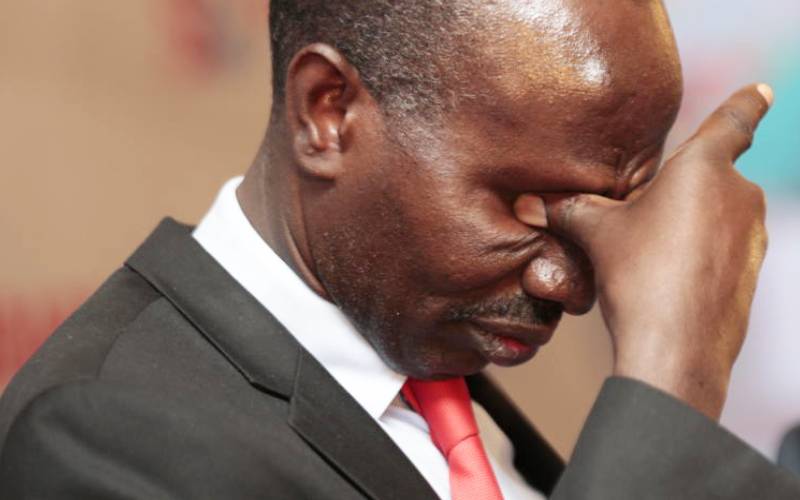 Kenya National Union of Teachers national secretary general Wilson Sossion is already sensing defeat a head of the union’s elections due to the rift between him and the acting first national chairman Collins Oyuu.

Sossion’s camp which is considering a power sharing deal is prevailing upon him to step down and let Oyuu go in unopposed. They are arguing that Mr Oyuu who joined Knut in 1996, elected Bondo chairman in 2003 and rose to Rarieda chairman in 2008 is experienced enough to replace the washed out nominated Mp.

Oyuu rose to be a national executive council member in the year 2013 and later as assistant
secretary general in 2015.

It is doubted that the already ‘ shivering’ Sossion can beat an experienced unionist who grew with him in the union like  Oyuu who began shining when Sossion changed to a hardliner against the union.

Many  teachers have expressed disappointments over his leadership. Only 15 out of 110 branches in the country are supporting Sossion to retain the seat. 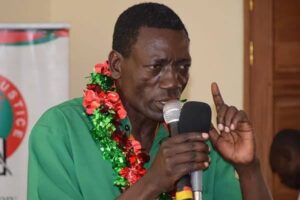 Sossion is fighting many was including on and off beefs with the  Teachers Service Commission chief executive officer Nancy Macharia which has exposed him to the looming defeat.

Even his would be allies like the Bomet branch executive secretary Malel Langat disclosed that less than 10 officials out of 31 officials in his branch are backing Sossion.

The ODM nominated MP is struggling to defending his seat after a majority of national officials accused of being a dictator who runs the union without consultations with his team. Oyuu has joined forces with Mutai to oust Sossion who they accuse of killing the union.

The former Tenwek High School teacher survived several attempts by the government and a section of knut officials  to oust him from his seat. He is also facing a fierce challenge from one Patrick Munuhe  and Stanley Mutai, a long serving national executive council member who is eyeing the national vice chairman seat.

Candidates are now left with a week to campaign with elections set for June 26 2021.

Election’s are coming when close to  300,000 teachers are unsure when their next pay hike will be. Their Collective Bargaining Agreement is is also about to expire.

Kenya Insights allows guest blogging, if you want to be published on Kenya’s most authoritative and accurate blog, have an expose, news TIPS, story angles, human interest stories, drop us an email on [email protected] or via Telegram
Related Topics:Collins OyuuKNUTKnut electionsWilson Sossion
Up Next

Why BBI Appeal case will sail through and with the help of CJ Martha Koome.