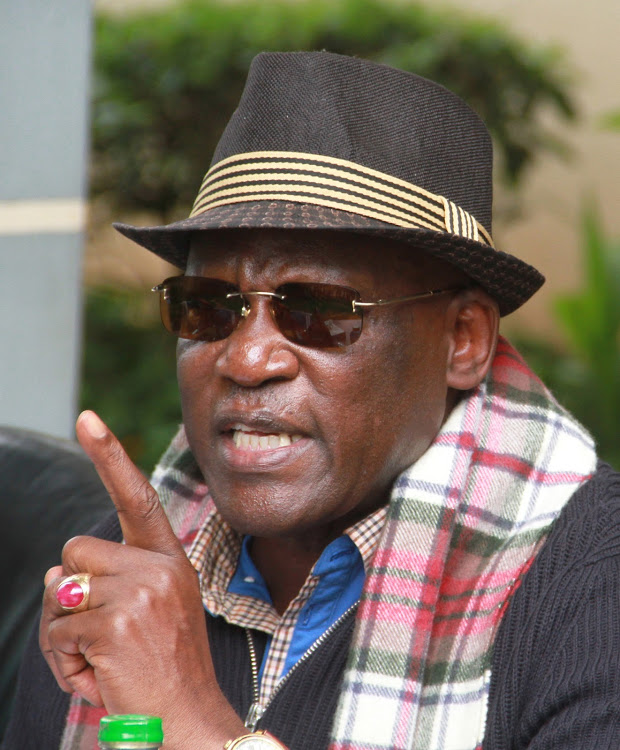 The former senator of Machakos, Bwana Johnson Muthama is facing serious criticism from followers of the United Democratic Alliance in Ukamba.

His closer allies including Ben Metho have threatened to desert the outspoken politician whom they accuse of arrogance, pride and misplaced dictatorship.

Metho who has been rumoured of holding night meetings with Wiper Party leader Kalonzo Musyoka now claims that the future of UDA in Ukambani remains bleak since Muthama turned into a ‘Mr know it all’ who bullies party supporters.

UDA which is associated with the Deputy President Dr. William Ruto was recently floored in a Machakos senatorial by-election. Metho who has made up his mind to quit the UDA party claims that Muthama secretly campaigned for his estranged wife Agnes Kavindu who won the seat.

Muthama was among the first politicians to congratulate Kavindu senator  after the win.

Metho added that Muthama is being ditched by most of his former as he called on UDA to do a post mortem to establish why it lost the Machakos senatorial by-election where it was expected to win.

But Metho continues to hold night meetings with Kalonzo who is laying out strategies to tame Muthama ahead of next year general elections.

Muthama fell out with the former VP and Kamba politics supremo after he openly stated that Kalonzo is not ripe for presidency in 2022.

The former Machakos Senator has maintained that UDA leader William Rutois the man to beat in August 2022 general elections.

Other ranking politician from the region who are eyeing presidency apart from Kalonzo are Machakos governor Alfred Mutua and his Makueni counterpart Kivutha Kibwana who parted ways with Kalonzo.

But it’s not only Metho, many first term MPs from Ukambani who are allied to the DP Ruto have also accused Muthama of pocketing their hand-outs from the country’s second in command.

Kenya Insights allows guest blogging, if you want to be published on Kenya’s most authoritative and accurate blog, have an expose, news TIPS, story angles, human interest stories, drop us an email on [email protected] or via Telegram
Related Topics:Ben MethoJohnson MuthamaRuto 2022UDAUkambani politics
Up Next