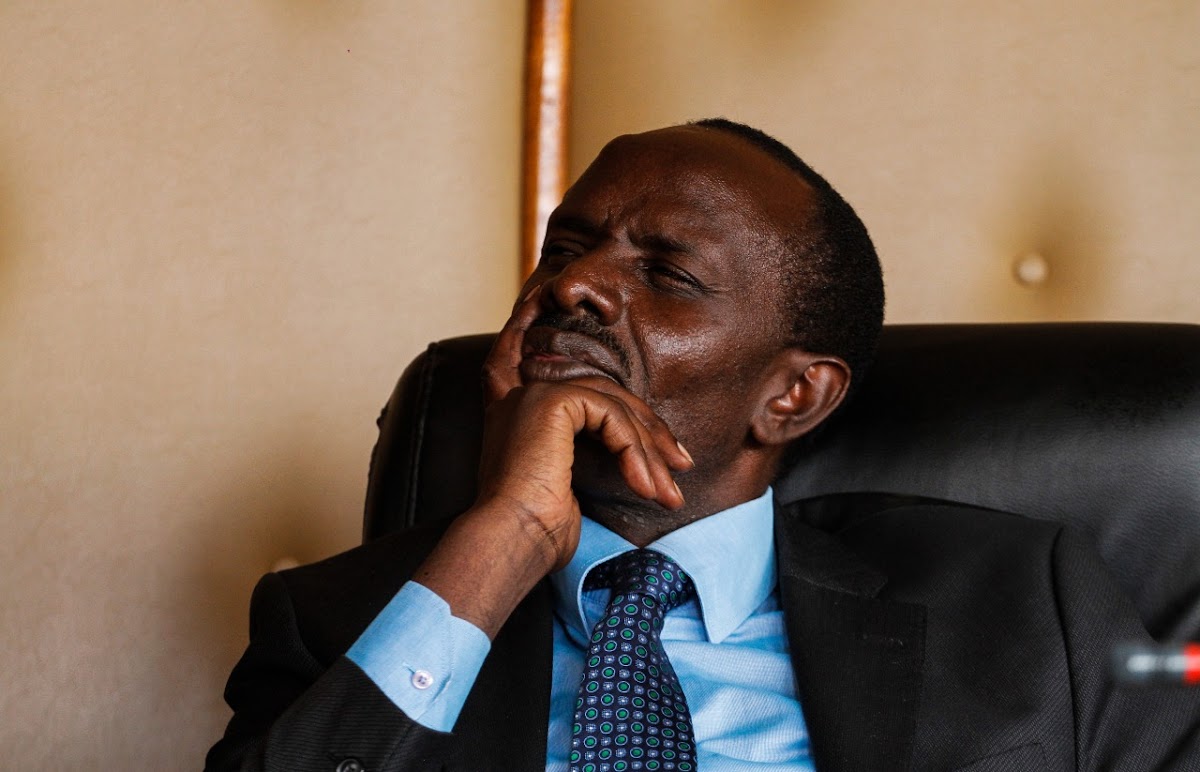 ODM nominated MP Wilson Sossion is now set to join United Democratic Alliance (UDA) associated with the Deputy President Dr. William Ruto as he prepares to go for Bomet senatorial seat in 2022. Sossion claimed that the village elders who have endorsed his senate bid also directed him to join a party that resonates with the region as he popularizes his candidature.

“They say charity begins at home. Today in my residence, the elders of Motigo sublocation in Bomet Central have decided to endorse my senate aspirations in 2022. The elders have advised me to stick on the prize and avoid backing any politician but to support DP Ruto in his 2022 presidential bid,” Sossion said.

The former KNUT secretary general had hinted at running on Chama Cha Mashinani (CCM) party ticket but has finally made the bold move to join ODM’s arch rival to reap from the influence and support that DP Ruto enjoys in the region.

CCM is owned by former Bomet Governor Isaac Ruto, a one time fierce critic of Deputy President William Ruto who also pledged to throw his support behind the country’s second in command’s 2022 bid.

Sossion was nominated to parliament by ODM owner Raila Odinga who is expected to face off with UDA’s Ruto for presidency in 2022. He was however expected to ditch ODM after he was technically ‘kicked out’ of KNUT following a heated battle with the government and Teachers Service Commission but delayed the move that everyone had seen coming.

He is eyeing the Bomet senatorial seat which is currently occupied by Christopher Andrew Langat who has been accusing Governor Hillary Barchok of incompetence. In May 2021, Langat verbally attacked the governor challenging him to sack all health officials at the county over the incompetent manner in which they are running the department.

But Senator Langat has not declared whether he will be going the county’s top seat or defending his senate seat as the outspoken Sossion makes clear his intensions to oust him. Sossion’s move to join Ruto’s party is a big blow to ODM which is desperate for a point man in the region but a boost for DP who has been poaching ODM politicians since 2013.

“I am grateful for the time I have served as nominated MP on ODM ticket. I want to thank my brother Raila Odinga and my colleagues in ODM. Am now seeking UDA ticket to run for Bomet Senatorial seat,” Sossion added.

Kenya Insights allows guest blogging, if you want to be published on Kenya’s most authoritative and accurate blog, have an expose, news TIPS, story angles, human interest stories, drop us an email on [email protected] or via Telegram
Related Topics:Bomet CountyDP William RutoODM partyUDAWilson Sossion
Up Next