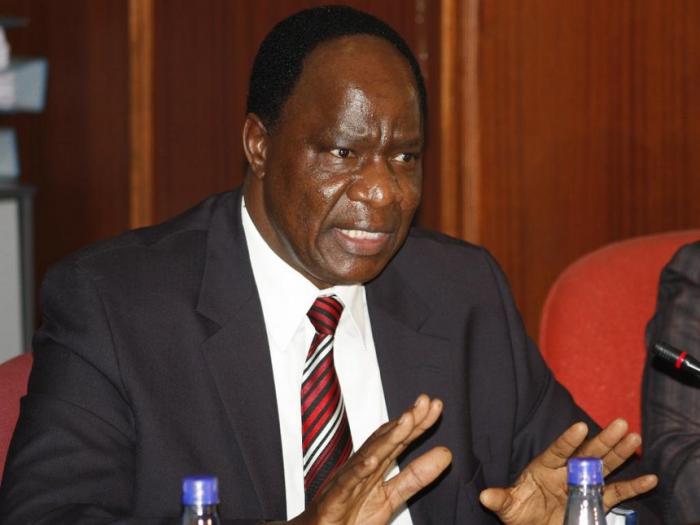 Former cabinet minister Dalmas Otieno has distanced himself from any links with the United Democratic Alliance party which belongs to the Deputy President William Ruto indicating that it is wrong to go against President Uhuru Kenya and ODM leader Raila Odinga to win a political seat in Luo Nyanza.

Otieno emphasized that he has no ties with UDA only that his political rivals are using the fake UDA link to dim his chances of succeeding Migori Governor Okoth Obado in 2022. The former Rongo MP has expressed his quest to clinch the seat that has also attracted Senator Ochillo Ayacko who lost to Obado in 2017.
The former KANU point man in Nyanza region also stated that he has never shown interest or been approached by any UDA operative to undermine the much hyped political handshake between the ODM leader and President Kenyatta.

Otieno who sounds desperate to rely on Odinga’s wave to clinch Migori seat said he is backing progressive leaders who are preaching peace and unity for the sake of development and not UDA whose hustler narrative is unrealistic. He challenged his opponents to grow up and exercise maturity.

The ex-minister was part of the short lived ‘Kalausi Movement’ which was out to challenge the support that Raila Odinga enjoys in the Southern Nyanza after the 2013 polls but he is now keen to run on an ODM ticket.

The battle to succeed Obado is expected to be between Ayacko and Otieno who are enjoying wavering support across the County but some candidates will also rely on Obado influence in their attempts to win the seat.

Kenya Insights allows guest blogging, if you want to be published on Kenya’s most authoritative and accurate blog, have an expose, news TIPS, story angles, human interest stories, drop us an email on [email protected] or via Telegram
Related Topics:Dalmas OtienoMigori CountyOchilo AyackoUDA
Up Next

UDA politicians want list of properties owned by all VVIPs