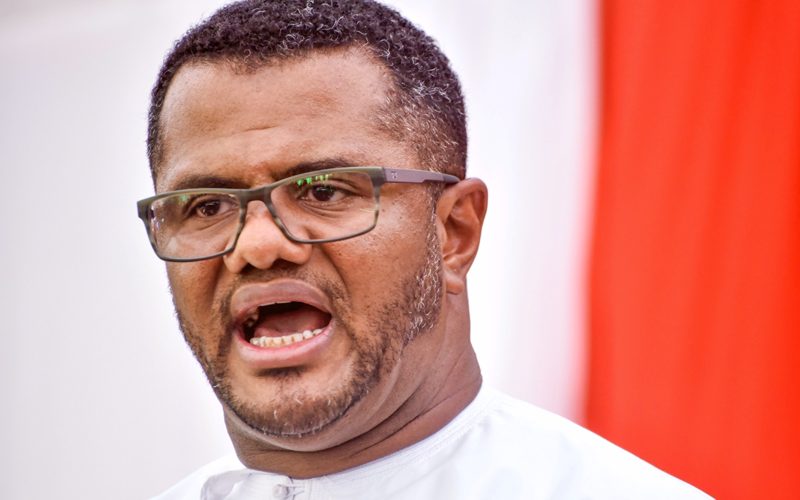 United Democratic Alliance party which is associated with the Deputy President William Ruto risks witnessing a massive defection if he fails to neutralize the feud between former Mombasa Senator Hassan Omar and other party aspirants.

A  section of budding politicians eyeing elective positions in upcoming 2022 elections through the party are accusing Omar of importing his sycophants from Wiper Democratic Movement where he previously served as the secretary general to shortchange UDA loyalists.

Omar who is eyeing Mombasa’s gubernatorial seat has hijacked UDA party in Mombasa and sidelined politicians who have stood with DP Ruto even before he [Omar] was poached from Kalonzo Musyoka’s Wiper party. One Ali Mwatsahu who is eyeing the Mvita parliamentary seat is accusing the DP’s point-man of handpicking and planting aspirants for various elective position in Mombasa County without consulting party leadership.

Mwatsahu emphasized that UDA is for hustlers and not elites like Omar who are just masquerading and doing less to popularize DP Ruto’s candidature down to the grassroots.

The wrangles are intensifying just a week after a sections of UDA luminaries opposed to Omar met Baringo senator Gideon Moi at a Mombasa hotel and vowed to shift their allegiance to KANU if Ruto does not move with speed to tame despotic Omar.

But Omar who is still remains unperturbed with negative developments has maintained meeting his preferred aspirants as the country moves closure to 2022 general elections. He wants Nicholas Mutuku to fly the UDA flag in Changamwe constituency, Karisa Nzai in Jomvu, Twaha for Tudor and Domoko in Likoni despite Masoud Mwahima, the son of the former area MP commanding an unwavering support.

He also prefers Peterson Mittau for Mombasa senatorial seat and Esther Chepng’etich for woman rep seat but his opponents in UDA claim that his list is not electable in Mombasa. UDA supporters are also accusing Omar of planting goons as security men at the Hustlers Centre in Nyali to intimidate his opponents.

Kenya Insights allows guest blogging, if you want to be published on Kenya’s most authoritative and accurate blog, have an expose, news TIPS, story angles, human interest stories, drop us an email on [email protected] or via Telegram
Related Topics:Hassan OmarMombasa CountyUDA PartyUDA wrangles
Up Next