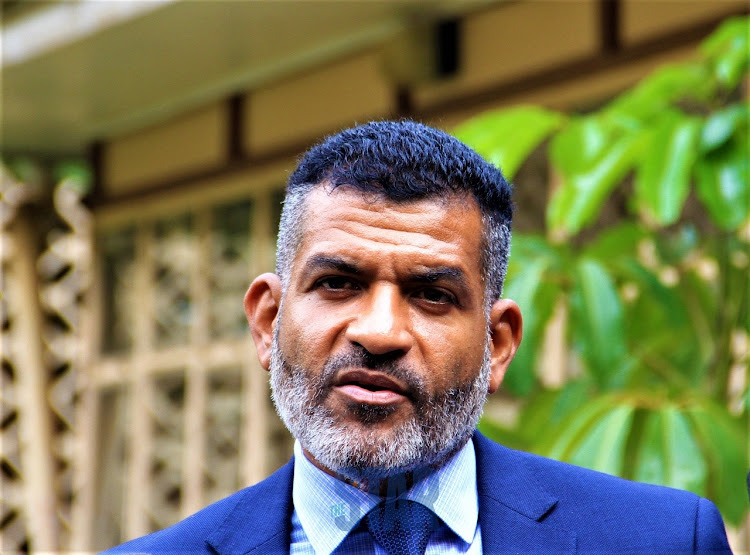 Nassir who was expected to file a petition Thursday at 9.30 am said there was no reason to postpone the election, saying the law is very clear about postponing the election.

IEBC chair Wafula Chebukati on Wednesday evening postponed the gubernatorial elections for Mombasa and Kakamega indefinitely citing frustrations and intimidations of his officials.

The elections were to take place on August 23 after they were cancelled on August 9 due to technicalities.

In a statement, IEBC Chairman Wafula Chebukati attributes the move to intimidation of IEBC staff. Chebukati has also postponed the elections of Member of National Assembly for Kitui Rural Constituency in Kitui County, Kacheliba Constituency and Pokot South Constituency in West Pokot County as well as Rongai Constituency in Nakuru County.

Also postponed are elections of Member of County Assembly Ward in Nyaki West in North Imenti Constituency of Meru County and Kwa Njenga in Embakasi South Constituency in Nairobi County.

The IEBC chair regretted the chaos that erupted during the announcement of the Presidential results which left some commissioners nursing injuries.

“During the announcement of the presidential results, the Chairman Wafula Chebukati, Commissioners Prof. Abdi Guliye and Boya Molu, and CS/CEO Marjan H. Marjan were physically attacked, assaulted, and injured by persons in the company of certain political leaders. We call for the arrest and prosecution of these assailants regardless of their political affiliation” he said.

While calling for the arrest of the perpetrators, Chebukati said his staff were fearing for their lives as such could not report for duty.

“The Commission is concerned that some of its critical staff who objectively and impartially performed their duties at the National Tallying Centre are being intimidated and harassed through profiling and/or arbitrary arrests. This has instilled fear within the staff, who are now unable to report to the office for duty. This harassment must stop forthwith” he stated.

“In view of the prevailing circumstances, the Commission has postponed the by-elections slated for 23rd August 2022, to a date to be announced through a gazette notice” he announced.

The United Democratic Alliance – UDA Mombasa Gubernatorial candidate Hassan Omar and his Deputy Selina Maitha are set to address a presser on the same at the Party’s Headquarters, The Hustler Centre, Nyali.

Kenya Insights allows guest blogging, if you want to be published on Kenya’s most authoritative and accurate blog, have an expose, news TIPS, story angles, human interest stories, drop us an email on tips.kenyainsights@gmail.com or via Telegram
Related Topics:Abdulswamad NassirHassan OmarIEBC chairman Wafula Chebukati
Up Next