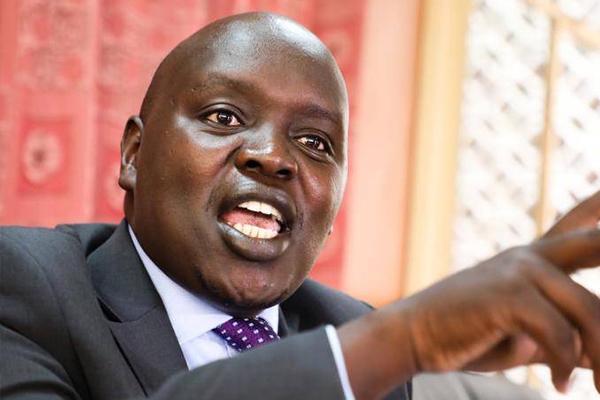 UDA politicians demanding list of properties owned by all VVIPs

Matiang’i was appearing before the National Assembly Security Committee where he revealed that there are 257 highly trained officers guarding the country’s second in command.

He further exposed the details of Ruto’s security detail which he said is divided in three layers with the inner the layer consisting of 74 officers drawn from the presidential escort team, 5 highly trained GSU officers and six DCI who provide personal protection to the president’s principal assistant.

Matiang’i said the second layer has 121 officers drawn from the Administration Police and Prisons Service who are guarding Ruto’s many homes while the outer layer provides security to DP’s businesses, economic life and places he spends most of his time. 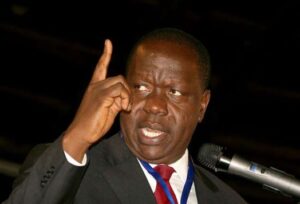 Ruto had earlier stated that summoning Matiang’i over the downgrading of security detail guarding his official Karen was a waste of time as he called on parliament to address pressing issues like delicate security in northern Kenya where bandits are having a field day.
Related Content:  Uhuru Goes Gloves Off On Ruto, Endorses Raila

“Parliamentary time should not be wasted on non-issues. The AP is a professional security service and those who think it’s a downgrade are wrong. Parliament should instead focus on deployment to serious security situations in areas where bandits are causing mayhem and destruction,” DP said in a tweet.

But the DP ‘s office has dismissed Matiang’i list of some of the properties listed as false and reckless. Nandi Senator Samson Cherargei challenged the CS to provide a list of properties owned by all the VVIP’s and the number of police officers attached to them including the dead.

Matiang’i was expected to explain to Kenyans why the State withdrew Ruto’s security but Matiang’i dodged the questions and Ruto’s for what looks like a political expediency move.

Instead of explaining to Kenyans why the government withdrew DP's security, the CS interior went to parliament to tabulate his properties for political expediency. Now tell us what others own and the security deployment to those properties.

The Law Society of Kenya President Nelson Havi also described Matiang’i and Interior CS Karanja Kibicho as grandmasters of alternative facts and lies. He also accused Matiang’i of hoodwinking the parliament after the CS evaded the fact that GSU officers at the offices and residences of Ruto were replaced with AP officers.

Kenya Insights allows guest blogging, if you want to be published on Kenya’s most authoritative and accurate blog, have an expose, news TIPS, story angles, human interest stories, drop us an email on tips.kenyainsights@gmail.com or via Telegram
Related Content:  Raila's Good Days are Behind Him, The Luo Nation Should Focus On His Successor
Related Topics:DP William RutoDr Fred MatiangiRuto security saga
Up Next