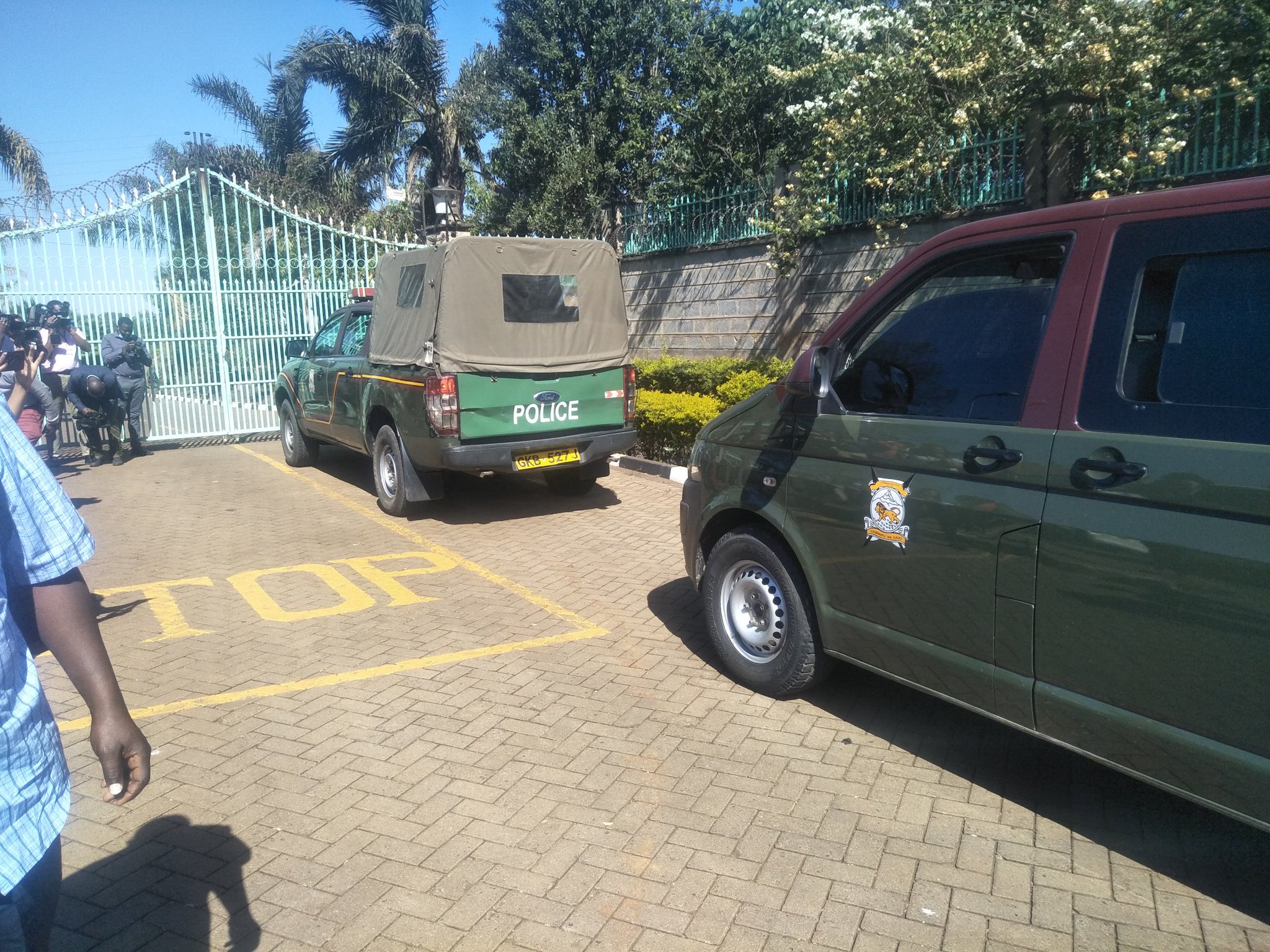 Deputy President William Ruto has written to the Inspector General of police seeking an explanation on the withdrawal of security at his official residence in Karen.

This after the security officer in charge of General Service Unit attached to his residence informed the Deputy President that he had received verbal orders to withdraw GSU officers effective 2pm Thursday afternoon.

Communication Secretary in the Office of The Deputy President David Mugonyi says the withdrawal extends to all his residences, adding that no explanation was offered for the unlawful act.

“The decision has been made contrary to the Police Service Standing Orders Chapter 8 section 5(E) that the GSU Commandant shall be responsible for the security of the President, the Deputy President, State Houses and Lodges,” He said.

Mugonyi says the withdrawal is the latest installment in a sustained and systematic effort to undermine the Deputy President’s personal security in pursuit of political vendetta saying it exposes him to personal harm.

Mugonyi further highlights several instances where security agencies have been used to frustrate the Deputy President among them the recent disruption of Mahoo MCA funeral where he was in attendance.

“In January 2020 Government officials acting with authority looked out the Deputy President out of his official residence in Mombasa which remains locked to date,” He added.

In response, The National Police Service says the withdrawal of security at Deputy President William Ruto’s official residence is a normal reassignment of duties within the service.

“The Security of Government Buildings (SGB) has been deployed to provide general security to the official residence of the Deputy President from the General Service Unit,” He said.

Related Content:  I Have Never Stolen And Never Will, Donald Kipkorir Celebrates His Brand New Mercedes

The withdrawal was condemned by elected leaders in the Country with Nairobi Senator Johnson Sakaja saying providing the Deputy President with security isn’t a favour and Police officers and their bosses must stop playing politics with it.

“I am not associated with DP Ruto but it’s reckless and careless to withdraw his security and it should be reinstated immediately. The Inspector General of Police Hillary Mutyambai, Interior CS Fred Matiangi and Principal Secretary Karanja Kibicho should be held accountable if anything happens to the Deputy President,” He said.

Kenya Insights allows guest blogging, if you want to be published on Kenya’s most authoritative and accurate blog, have an expose, news TIPS, story angles, human interest stories, drop us an email on tips.kenyainsights@gmail.com or via Telegram
Related Topics:DP William RutoFred MatiangiHillary MutyambaiKaranja Kibicho
Up Next