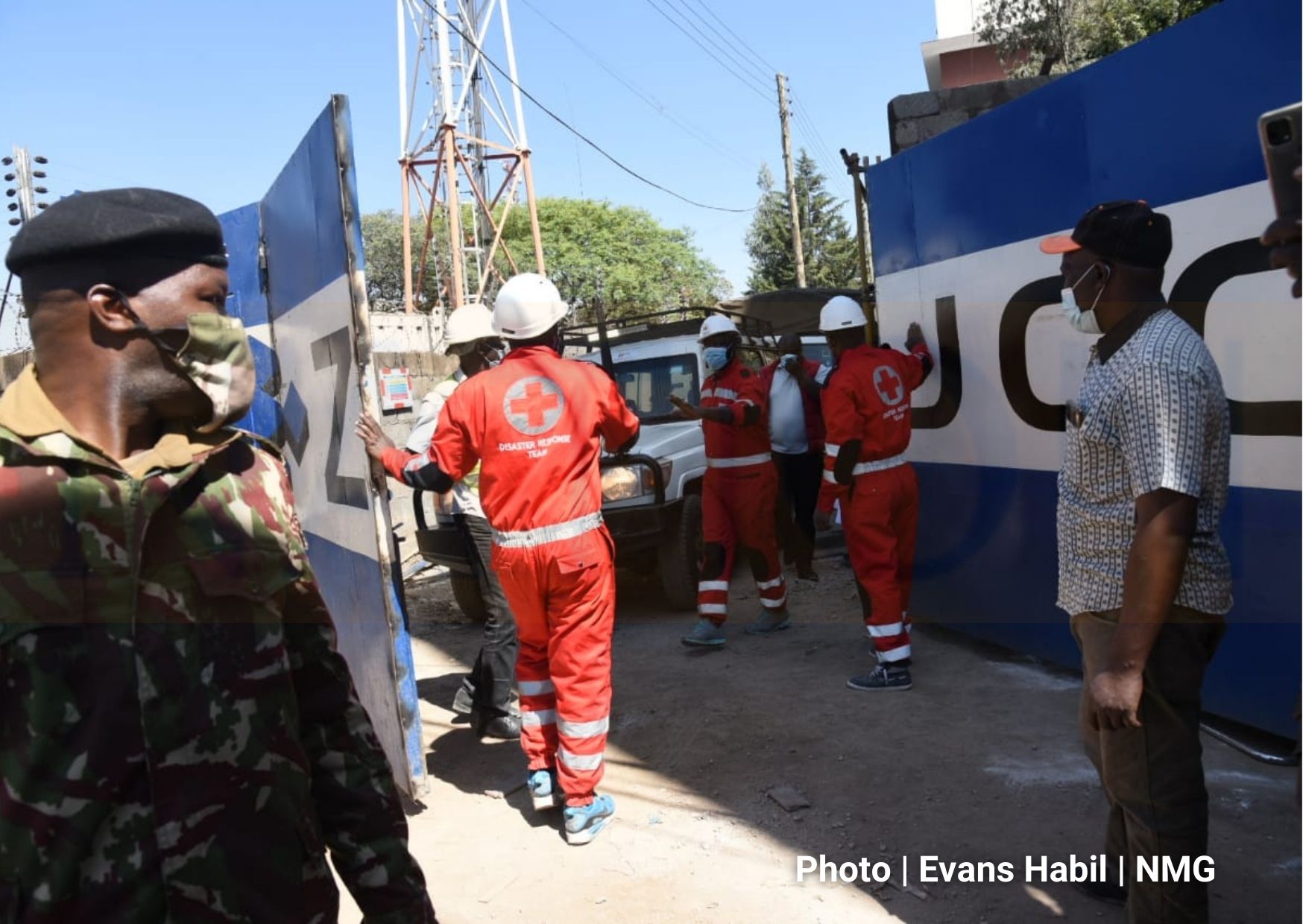 A crane collapsed at this construction site killing 8 people on August 27, 2021.

At least 9 people were confirmed dead Thursday after a crane collapsed at a construction site in Nairobi’s Hurlingham area.

Police said among the dead were seven Kenyans and two Chinese. 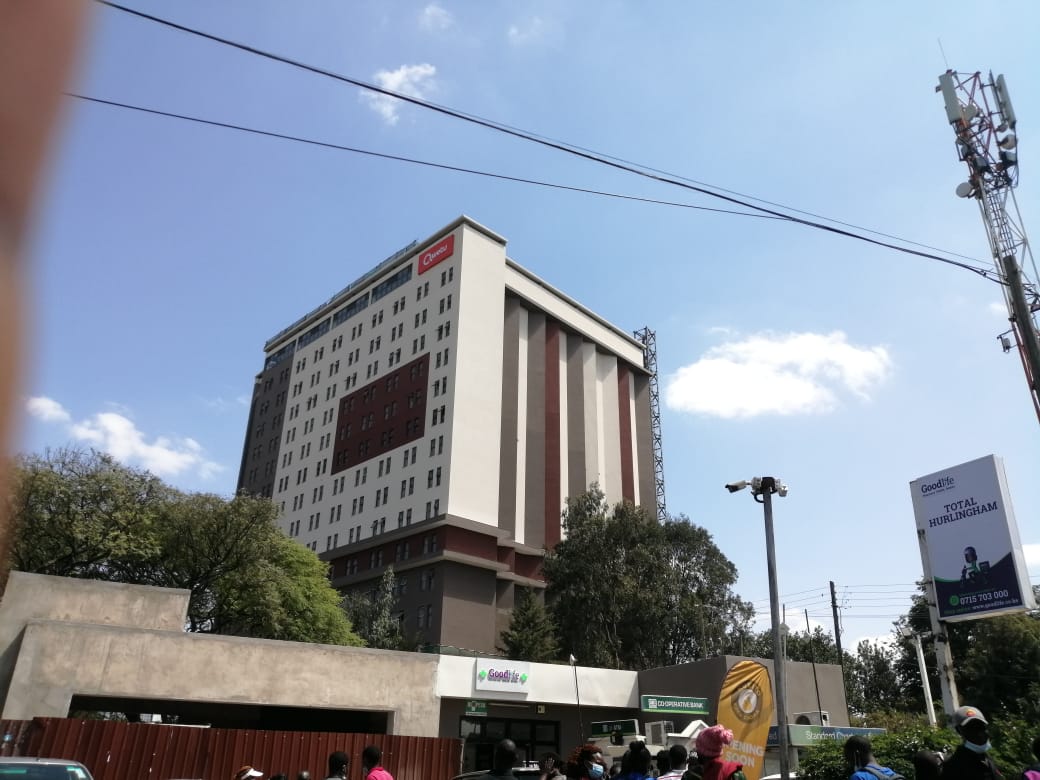 People are seen outside the construction site in Hurlingham, Nairobi.

The 14-storey building that was almost complete is a hostel run by Qwetu near Daystar University.

A witness Michael Odhiambo said the crane was being dismantled when it came down.

“Some people were up on the crane dismantling it when it crashed,” Odhiambo said, “it is like they did not balance the weight well and it is unfortunate because eight people are now dead and two have been taken to hospital.

“We are working together with all other relevant agencies to establish the facts that led to the accident,” it said in a statement, “preliminary details established that while decommissioning our tower crane, part of unfortunately collapsed killing nine technicians.”

Kenya Insights allows guest blogging, if you want to be published on Kenya’s most authoritative and accurate blog, have an expose, news TIPS, story angles, human interest stories, drop us an email on [email protected] or via Telegram
Related Content:  Dramatic Arrest: How Police Spent Days To Nab Governor Sonko Who Had An Escape Plan
Related Topics:Acorn HoldingQwetu Hostels
Up Next