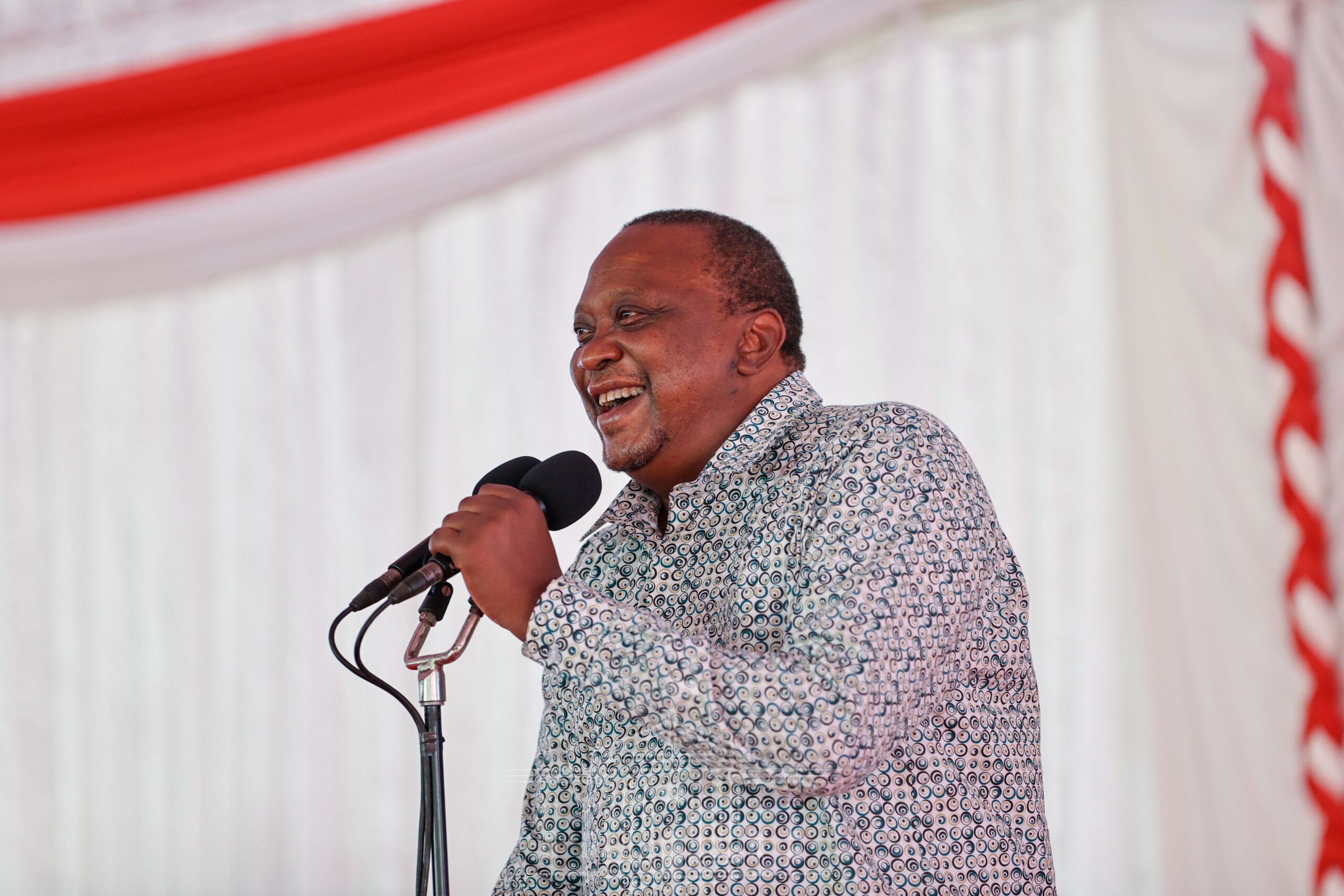 President Uhuru Kenyatta has rallied Central Kenya residents to maintain unity of purpose saying the region needs to speak with one voice on national matters including this year's general elections.

In no-holds-barred speech at Sagana State Lodge in Nyeri County, the President who has bitterly fallen out with a deputy who he only referred to as “that man”, warned Mt Kenya region to shun Ruto in the August 9 polls.

For the first time, the President revealed that he fell out with the DP after the 2017 General Election when he (Ruto) insisted that they should not negotiate with the their Opposition rivals to prevent violence despite loss of lives in parts of the country “because we have the government”.

Uhuru, who mainly spoke in his Kikuyu vernacular, painted the DP as corrupt, selfish, greedy for power, impatient, dishonest and enemy of the region and one who has been using ill-gotten wealth to compromise the Church to help him exploit the ignorance of youth who are not conversant with the country’s social and political history.

Without mentioning his name, the President accused Ruto of blackmail by insisting that they share government equally after their first victory in 2013 to the exclusion of other Kenyans.

Uhuru said Ruto has been abusing the Bible and found support from Church leaders who have been reaping big from stolen government money through harambees and generous offertory.

“The church leaders, stop deceiving our people. Tell them the truth. But don’t just come here, just because you have received stolen money, you come here to lie to us? You can’t come here, give people stolen money and then you want to tell us where he should go while holding the Bible. You are then one headed to hell, not the people,” the President said. 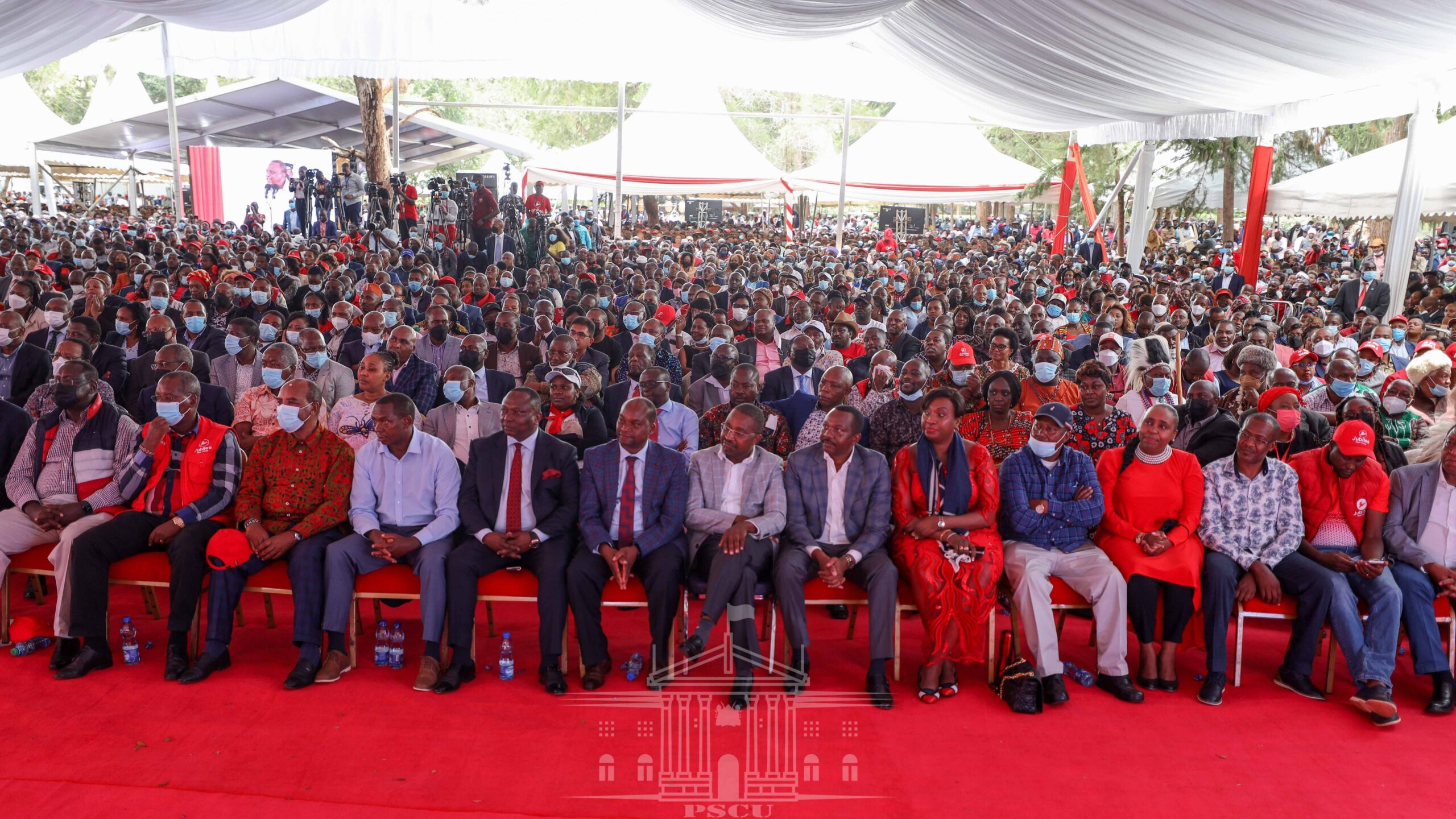 Speaking today at Sagana State Lodge in Nyeri County during a meeting with the region’s elected leadership and representatives of various special interest groups, President Kenyatta said peace was a prerequisite for development.

Ruto and his allies were also accused of using the Church to advance their interests and turning pulpits into campaign megaphones.

Related Content:  Philip Murgor: Why I Had To Pull Out

“The money that you are eating was the Sh3 billion supposed to be building a dam in Elgeyo Marakwet, so that children of God could get water to drink and farm. It’s pocketed then you come to the pulpit and donate Sh2 million and you sing to us halleluyah. You better receive hard earned Sh100 than Sh2 million that is from stolen money, yet one has denied someone justice,” he added.

Uhuru revealed that while he was keen   on ending the 2018 post-poll violence that claimed several lives and saw destruction of businesses, during the protests by the National Super Alliance leaders ,who were claiming that their victory had been stolen, Ruto was pushing him to take a hardline position that would have led to more deaths and destruction “because we had the government”.

“How could I stay put? I have officers manning my gate, the people telling me, too, have officers, the one at the kiosk doesn’t have police. Then I am being told to stay put. If I did, am I the one who is suffering or the one in Mathare? Someone was telling me to stay put because we have the government,” he told thousands of attentive delegates drawn from the 10 Mt Kenya counties.

To paint DP as hypocritical and dishonest, Uhuru said that during the 2013 elections when he teamed up with Ruto and his regions delivered more votes, the DP demanded half the government and he was forced to give in to “the blackmail”.

The President also revealed that despite his public denials, Ruto was well aware of the events leading to his March 2018 Handshake with Raila.

“When I was going to Harambee House to meet Raila, the DP was the last man I spoke to and he was in agreement,” the President said.

Uhuru highlighted his achievements for the Mt Kenya region, adding that the gains can only be consolidated in the hands of Raila to whom was keen to hand over power.

Uhuru climaxed his address with a plea to the delegates to support Raila and not Ruto who was “too risky for the country”, at least for now “but should he (Ruto) reform” he would be supported in subsequent elections.

The meeting was part of the President’s campaign to seduce the populous region in support of Raila who is his preferred successor.

Ruto has also put up a spirited fight to lure the populous Mt Kenya region which is expected to provide the critical swing vote in the August General Election.

“I plead with you, let us support that man (Raila), push him so that he can succeed. And even that other man, if he will reflect and change his ways afterwards, we will support him thereafter because I have no problem with him, but for now, let it go as it’s supposed to (in favour of Raila),” Uhuru told the crowd that responded in the affirmative.

He indicated that he will be traversing the region, campaigning for Raila.

“Retired President Mwai) Kibaki left to me an economy of Sh5 trillion but today, and the person to whom I will bequeath the government, and he is that person you have mentioned (after crowd shouted Raila), I will leave to him an economy worth Sh13 trillion,” he said.

Perhaps to demonstrate that all was over with his deputy who has since founded the United Democratic Alliance (UDA) and hit the campaign trial, the President celebrated a temporary interruption of his speech with a song by Kikuyu musician Peter Kigia dubbed “Umuthi ndoiga reke tumanwo”, meaning today I have decided let’s part ways completely”.

And in what  pundits were quick to interpret as a signal on the choice of Raila’s running mate, Uhuru heaped praises on Agriculture minister Peter Munya, crediting him for reviving the agricultural sector, and severally asked if he should continue with the “good work”.

“Do you want Munya to continue with that work or you want to bring back those criminals? Shouldn’t he continue? Or what do you want,?” he posed amidst acclamation from the delegates.

The Sagana III meeting came on the same week when Uhuru’s Jubilee Party and Raila’s Orange Democratic Movement are expected to coalesce and endorse the opposition leader as their presidential candidate under the Azimio La Umoja umbrella, with a joint rally planned in Nairobi on Sunday.

“He addressed his people of Mt Kenya directly, and in a very eloquent and fatherly manner. He gave us the background of his current political position, as well as the direction the people should take. We have listened to him, and we will follow his advice. We appeal to him to spend more time in the region and ensure everything is done to make sure his desires come true in the upcoming elections,” he said.

Uhuru accused the DP of taking advantage of youth vulnerability due to lack of jobs, as well as lack of knowledge on the country’s past, to mislead them to support him.

For instance, he said that during the past years, Mt Kenya region was economically stable because it had tea, coffee and pyrethrum and dairy farming thriving but bad leadership ruined everything and even when the DP and his allied ministers served in the ministry of Agriculture, it only made matters worse.

“Those born from 2000 and below have seen development but they expect more and it’s okay. But they should also ask their parents what has been achieved, where have we come from? Ask them, they were educating children using tea, coffee and dairy pay, what happened and where did the money go that today we are in problems?

“Today you are being told that you lack because you are hustlers, but I swear to God that one day you will know the truth.”

Kenya Insights allows guest blogging, if you want to be published on Kenya’s most authoritative and accurate blog, have an expose, news TIPS, story angles, human interest stories, drop us an email on tips.kenyainsights@gmail.com or via Telegram
Related Topics:DP William RutoODM leader Raila OdingaPresident Uhuru Kenyatta
Up Next

To Run Or Not, Waluke A Convict Case That’s Becoming A Problem