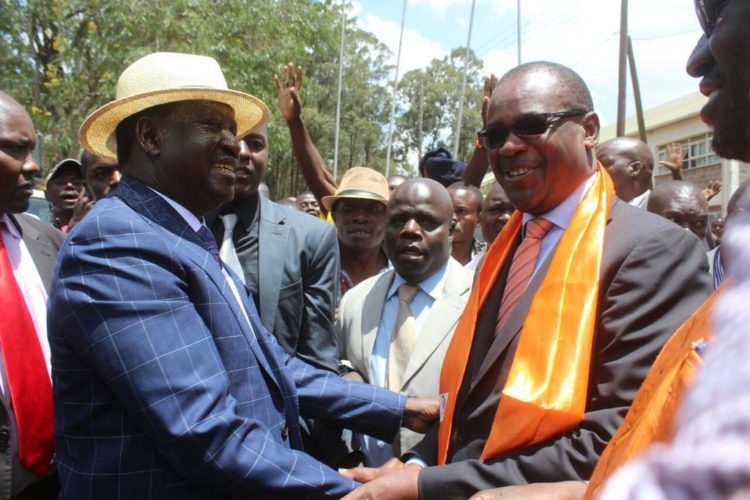 Former Nairobi Governor Dr. Evans Kidero has ditched Raila Odinga’s ODM in his quest to become the next governor of Homa Bay County.

Kidero made the bold move after the former Prime Minister locked him out of the party by handing his competitor a direct ODM ticket to contest for  the gubernatorial seat.

The inaugural governor of the Kenya’s capital announced that he will now vie for the Homa Bay top seat as an independent candidate citing dictatorship and favoritism in Odinga’s ODM party.

The deep pocketed Kidero who is also facing corruption charges stated that his move was informed by Odinga’s habit of handing direct tickets to his preferred candidates and denying the people opportunity to make their choices.

“I do not recognize the alleged consensus that saw the rights of our people trampled on by a few self-seekers who intend to retain the status quo. I have been inundated with calls, with people asking me to soldier on with my candidature” Kidero said. 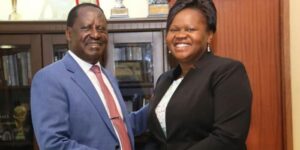 ODM party has been under criticism for its new culture of handing over direct tickets to candidates favored by the party leadership or those with deep pockets in areas where it is popular.

Magwanga who is being forced to shelve his ambitions to become Wanga’s running mate was rigged out by ODM in 2017 polls after the party stuck with dismally performing Governor Cyprian Awiti whose term will expire in August.

There is also public outcry in Mombasa county where ODM appears hellbent to hand a direct ticket to a candidate who will be favored by Odinga or the ODM party because they lack the capacity to conduct credible nominations.

But in the Homa Bay case Kidero has noted that interests of the people were ignored by ODM when they handed the party ticket to the Homa-Bay Woman Rep.

Pundits argue that Mrs Wanga can make a governor who can be easily manipulated by Odinga for kickbacks from looted funds.

“As I welcome those who previously believed on the contrary opinion propagated by my former opponents into the Homabay race, I wish to let them know that all of us are members of Homabay County,” Kidero added.

This move then leaves the Homa Bay race to be a Kidero vs Odinga affair as the people of the lake side county remain struggling to have their own choice in leadership to realize the benefits of devolution.

The current administration which was also influenced by Odinga in 2013 and 2017 has nothing to show of its decade long stay in power except rampant corruption and looting of public money.

Though Kidero has not taken Raila head on as he supports his presidential bid, the latest developments will see him face off with Raila’s project to rescue the people of HomaBay from looming status quo.

Homa Bay race has been staged managed by Odinga who has forced aspirants who were eyeing the ODM ticket to shelve their ambitions and back Wanga.

Just a week ago, ODM Chairman John Mbadi was coerced to drop out of the race and pave wave for Odinga’s favorite Gladys Wanga.

Mbadi heeded the call but in a statement issued on Monday, he claimed that his decision was a compromise as he chose to serve national interests and those of Raila Odinga.

“I have today withdrawn my bid from the Homabay County gubernatorial race. I will therefore henceforth place more effort in the Azimio presidential bid and the nationwide bid to have ODM secure as many seats as possible,” Mbadi said.

Kenya Insights allows guest blogging, if you want to be published on Kenya’s most authoritative and accurate blog, have an expose, news TIPS, story angles, human interest stories, drop us an email on [email protected] or via Telegram
Related Topics:Evans KideroGladys WangaODMODM leader Raila Odinga
Up Next

Abide By My Conditions Or I Bolt Out, Shahbal Gives ODM Notice