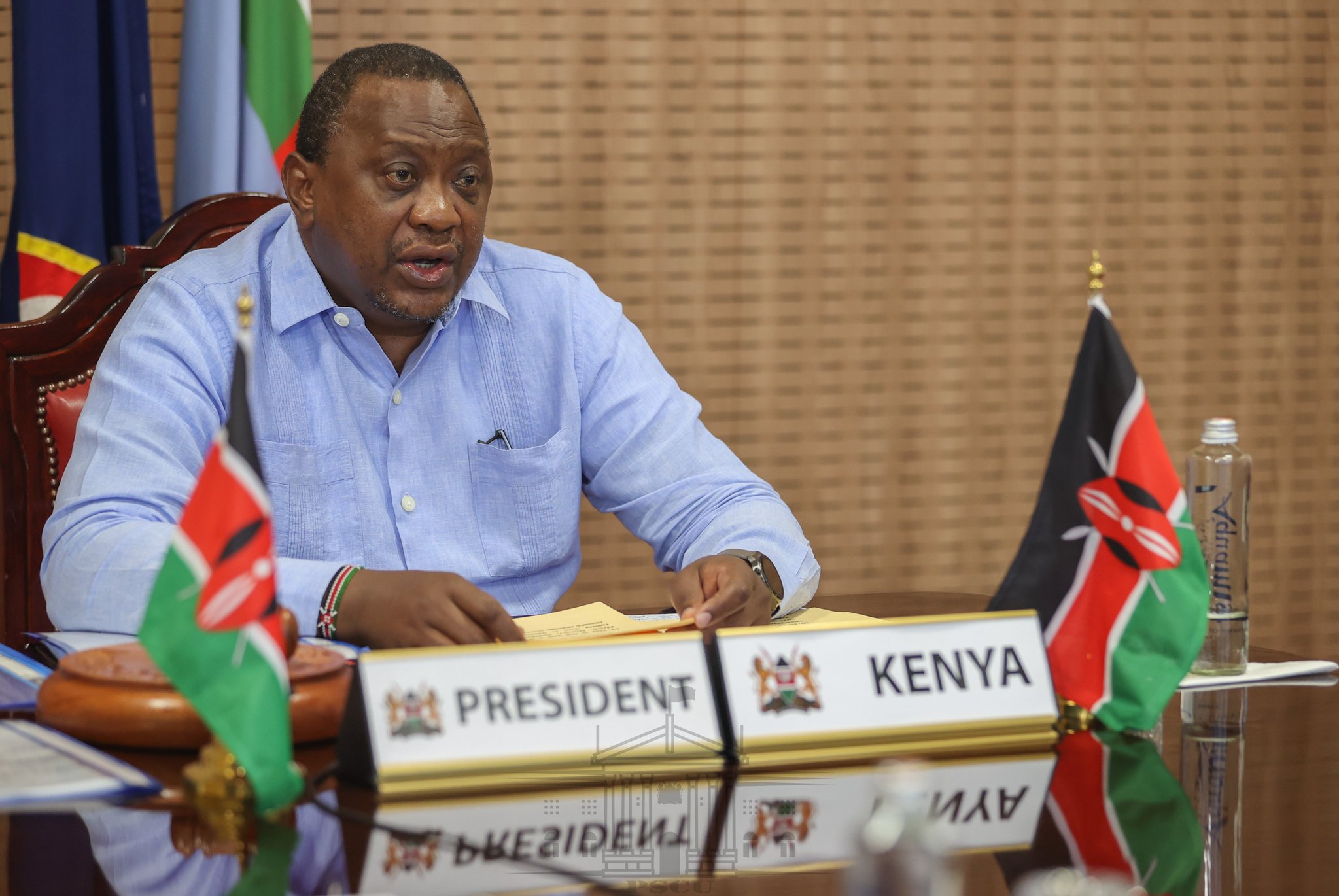 President Uhuru Kenyatta reportedly met One Kenya Alliance on Saturday October 30, 2021 in a bid to convince them into supporting ODM leader Raila Odinga in the 2022 polls.

According to reports by a local daily, the President whipped the OKA principals to shelve their presidential bids in favour of the former prime minister.

The President is said to have scorned the leaders, telling them that he was not impressed by their actions, that he opined could scuttle his plans for the future of the country.

The President also posited that the continued parallel campaigns by the OKA team was causing confusion among the electorate and specifically in the bastions of the now defunct NASA coalition.

Uhuru is said to have put ANC party leader on the spot for his numerous remarks that insinuated that the country’s economy is increasingly declining under the President’s watch.

Speaking on the meeting, ANC Deputy party leader Ayub Savula stated that the President was only appealing to the OKA leaders to support Raila and not compelling them for the same.

“The President is meeting the OKA leaders at State House because these are people who represent political parties, they have to consult. There is an issue of convincing and as Uhuru said before, opposition leaders have to unite because they have a common enemy but is just an appeal, he cannot force them to support a particular person,” he said.

Related Content:  Full List Of President Uhuru's Appointments
Kenya Insights allows guest blogging, if you want to be published on Kenya’s most authoritative and accurate blog, have an expose, news TIPS, story angles, human interest stories, drop us an email on tips.kenyainsights@gmail.com or via Telegram
Related Topics:Gideon MoiKalonzo MusyokaMoses WetangulaMusalia MudavadiOKA leadersPresident Uhuru
Up Next

Did Joho use and dump Luos after re-election?

Voter Registration Lowest In History, Youths Have Kept Off