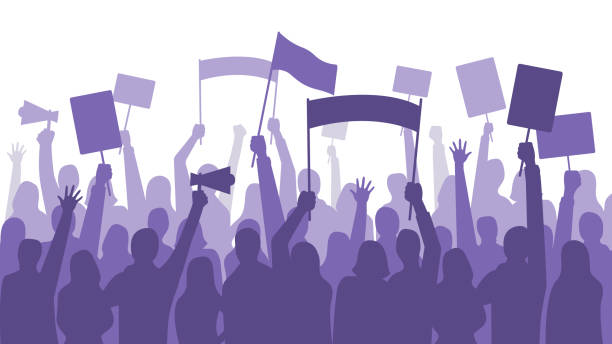 Illustration of citizens participating in a political rally [p/courtesy]

As campaigns hit fever pitch with Kenyans expected to elect new leaders in the August 9 general elections, majority of the aspirants still remain a corruption tainted lot which has been the norm in Kenyan politics.

Kenyans have been blamed for their love of electing corrupt leaders then expecting anti-graft agencies to clean up their mess. Going by the history of our politics, some of the individual who will sail through in the August polls are characters whose details of corruption have been given out by Ethics and Anti-Corruption Commission (EACC).

The vice is blamed on the political capital which is quite high for new entrants or individuals from humble backgrounds but tilting in favor of senior government officials who abuse their powers or network contacts for illegitimate private gain.

Criminals who have looted from public coffers always line up for elective positions in every election cycle and get elected as aspirants with integrity are rejected at the ballot.

But the voters or citizens who bear the biggest responsibilities in the democratic system have neglected their duties to elect good leaders and keep checks and balances once they ascend to office.

The role of a citizen in any democratic space goes beyond voting but to also keeping an eye at the national policies being implemented by the people they elect into public offices and raising their voice for or against policies that might hurt national cause.

Politician have instead learnt the art of corrupting this role by bribing voters with proceeds of corruption to turn a blind eye on their failures, tainted records and zero legacies as they seek or occupy public offices.

Some politicians also ride on the fact that a majority of voters are totally uninformed on their obligations in electoral process. This lack of information is partly blamed on the lack of proper civic education which favors political elites who are fond of corruption.

But proper civic education remains one sure method of making citizens understand their need to keep oversight on government policies before, during and after electoral process.

Lobby groups also need to keep constant pressure on the government and other relevant bodies to act rationally and concentrate on weeding out fundamental evils from the society.

But most importantly, citizens must understand their duties and responsibilities to fasten the move towards realizing a corrupt free, honest and dedicated leadership that can change the course of Kenyan history.

Cyprine Omogi is a Kenyan Education Officer who is also passion about good governance and realization of a graft free society.

Kenya Insights allows guest blogging, if you want to be published on Kenya’s most authoritative and accurate blog, have an expose, news TIPS, story angles, human interest stories, drop us an email on [email protected] or via Telegram
Related Topics:AzimioDP William RutoIEBCKenya KwanzaRaila Odinga
Up Next

Why Musalia Mudavadi Might Be banking on DP Ruto’s ICC witness case Breakthrough to be Kenya Kwanza’s Presidential flagbearer.