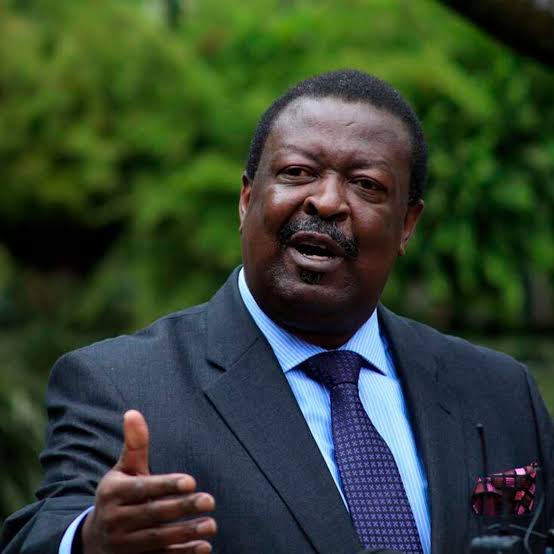 Radarlessness, scepticism, dubiety, bedlam, and hurly-burly have tormented Amani National Congress (ANC) party leader Musalia Mudavadi’s campaign team and presidential secretariat with professionals and managers he had hired unsure on whether ‘his earthquakeness’ will be on the ballot or will opt to be either William Ruto’s running mate or chief minister in his government should the DP former the next government.

Sabatia MP Alfred Agoi’s recent claims that Mudavadi is too broke to finance his own presidential bid hence need to engage Ruto for his survival in the jungle has spellbind the claim. The Lion has been feeding on grass.

Matters have further been complicated by assertions by some Kenya Kwanza Alliance leaders that they are yet to decide on whom the outfit that brings together Ruto’s United Democratic Alliance, ANC and Moses Wetangula’s Ford-Kenya – presidential candidate will be giving hope the Amani leader stands a chance of being crowned.

During Ruto – Mudavadi USA, Britain tour, the DP was put to task to step down for Mudavadi since most Kenyans in diaspora are not happy with his questionable past. However Ruto allies claim, since he has served deputy for two terms, the best he can is presidency.

Mudavadi arrival has also not been received well by UDA Mt. Kenya team who now want Prof Kithure Kindiki be Ruto running mate after foul mouth Rigathi Gachagua opted out the race to defend his Parliamentary seat. Though his move might be chess play to calm the storm. He is definitely the deputy project for running mate.

Related Content:  Why 2022 Presidency Win Is a DO-or-DIE for Deputy President William Ruto.

Some of Mudavadi’s day dreaming diehard supporters are clinging to the hope that he will be picked as the Kenya Kwanza presidential candidate and in the worst scenario the running mate.

Now there are reports that professionals and managers at  Mudavadi’s campaign secretariat are more than confused not knowing what their earthquake man’s next step is.

Mudavadi joined Ruto in a 10-day set tour in the US and UK where they met that a number of politicians, scholars and and Kenyans residing in both countries.

Before he launched his presidential campaign at Bomas of tion Kenya, various groups had started drumming up support for Mudavadi’s presidential bid including women leaders who launched a nationwide campaign for his bid stating Mudavadi was the best leader for Kenya.

But the women were left in limbo after Mudavadi launched his presidential bid and days later teamed up with Ruto, with pointers showing be he will neither be the Kenya Kwanza Alliance presidential candidate nor running mate.

But there was some expectation after Mudavadi and Wetangula started drumming up support for their camp that Ruto might step down put for him in case the International Criminal Court indicts him for the second time following the apparently ongoing Lawyer Gicheru’s witness case solely implicating DP Ruto. 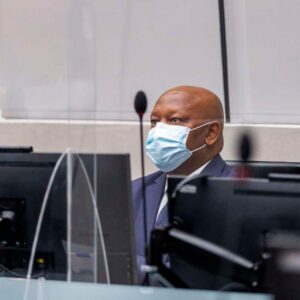 This can arise if lawyer Paul Gicheru is convicted and the judgment used to resurrect Ruto’s case at the ICC.

Mr Gicheru surrendered to the ICC in November 2020 in fulfilment of a warrant of arrest against him issued in 2015. The prosecution alleges that he corruptly influenced witnesses who were to testify against DP Ruto to withdraw, thereby scuttling the case the court had against the DP, accusations Mr Gicheru denies.

Among the evidence the witnesses have presented are call recordings and phone messages with people said to have been acting for Mr Gicheru.

For three weeks, Kenyan lawyer Paul Gicheru has been in The Hague as his trial for alleged witness tampering proceeds. The buzz that characterised the earlier cases involving President Uhuru Kenyatta and William Ruto is all but gone.

Prosecution witnesses who were allegedly being bribed by allies of Deputy President William Ruto regarding the 2007 post-election violence cases at The Hague were instructed to “hide the money under their mattresses”.

Should Gicheru be found guilty of having tamperes with witness for DP Ruto then second chapter will be rekindled for trial of Mr.Ruto.

Before Mudavadi teamed up with Ruto, his earthquakeness Mudavadi had ordered brand new campaign Land Rover vehicles, set up a presidential secretariat and appointed Nairobi senator Johnson Sakaja as his chief campaigner for the presidency. 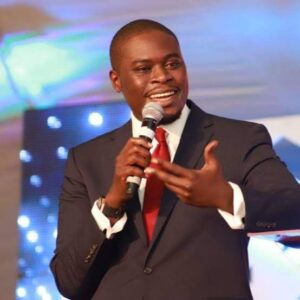 He had also hired top avadi consultants to help set up a 24-hour 1 or call centre in a secret and secure location. The call centre was to be used at to conduct a parallel tallying of his 200,000 presidential votes.

In his secret plan, Mudavadi intended to deploy up to 50,000 polling station agents across the country.

Those who touted to lead the various dockets included businessman Brown Ondego who was to lead the crucial resource mobilisation docket. The membership in the docket included Mudavadi’s close friends and businessmen.

Even at home, Mudavadi is now under siege with leaders such as Vihiga senator George Khaniri telling him the region will not support Ruto. Already in parts of Kakamega and Vihiga constituencies, no aspirants have indicated interest to vie on UDA and ANC ticket complicating matters.

Like ANC, Ford-Kenya is witnessing defections to both ODM and Defence cabinet secretary Eugene Wamalwa-led Democratic Action Party of Kenya. The two parties have been receiving tens of defectors from ANC and Ford Kenya from across the four counties of Western Kenya. Dap-K is affiliated to Raila’s Azimio la Umoja movement.

Mudavadi is watching helplessly as the region slips away because he left a vacuum after he was crowned as Western spokesperson major by elders on December 31 2016 at Bukhungu Stadium only to five years later decide to team up with Ruto as a junior partner in Kenya Kwanza Alliance. Atwoli was behind Mudavadi crowning as the community leader.

Mudavadi political tremor has always been and is still below sea level and he found a shadow in Ruto’s UDA. Being that one man’s meat is another man’s poison, Ruto’s poison (ICC case revival) is Mudavadi’s Nyamakima meat and his team might be working to secure him his meat and serve Ruto his poison.

Kenya Insights allows guest blogging, if you want to be published on Kenya’s most authoritative and accurate blog, have an expose, news TIPS, story angles, human interest stories, drop us an email on tips.kenyainsights@gmail.com or via Telegram
Related Topics:Amani National Congress (ANC)Musalia MudavadiPaul GicheruUDA Party
Up Next

Omogi: How politicians corrupt the role of citizens in elections