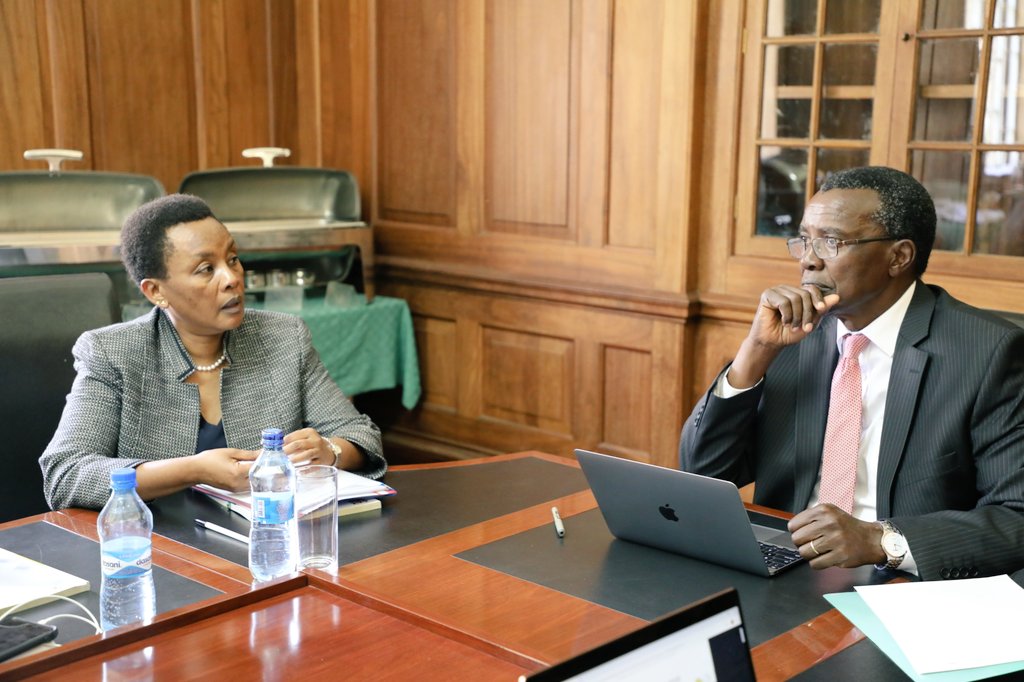 Human Rights Activist Okiya Omtatah has moved to court challenging Chief Justice David Maraga’s letter giving authority to his deputy Philomena Mwilu to take over from him when he retires.

Omtatah who had already file a case in court last week seeking to stop Mwilu from acting as the CJ now says Maraga has no power to appoint Mwilu to take over from him.

In the current application, Omtatah wants a temporary order suspending the the letter REF: CJ/PERS of December 11, 2020 which the outgoing Chief Justice of Kenya and President of the Supreme Court of Kenya wrote purported to appoint the DCJ Philomena Mwilu to act as the Chief Justice and perform all duties and functions of Chief Justice from December 12, 2020.

The said letter indicated the DCJ will act the CJ until a new Chief Justice is appointed in accordance with the Constitution of Kenya.

“This Court do issue temporary order of prohibition prohibiting the Deputy Chief Justice the Philomena Mwilu and any other person howsoever acting from acting or continuing to act as the Chief Justice of Kenya or giving effect in any way whatsoever to the David Maraga’s letter REF: CJ/PERS of December 11, 2020 pending hearing and determination of the petition”, urged Omtatah.

He also wants the court to declare Subsections 5(4) and (5) of the Judicial Service Act, Revised Edition 2017 [2011], to be unconstitutional.

“The matter is extremely urgent since the outgoing CJ David Maraga’s impugned letter REF: CJ/PERS (the letter) was written on December 11, 2020 when the instant petition had been filed and the Court had issued directions on how it was to be handled”, he adds.

According to the activist, Maraga has no powers to appoint the DCJ to take over as an acting CJ.

Under Article 166(1)(a) of the Constitution, it is the Judicial Service Commission which recommends a person to the President for appointment as Chief Justice and the Constitution is clear on how the Chief Justice is appointed and there cannot possibly be any other way, including by the impugned letter.

Related Content:  Money Laundering, Tax Evasion, Why NASA Instructed Supporters to Boycott Bidco
Kenya Insights allows guest blogging, if you want to be published on Kenya’s most authoritative and accurate blog, have an expose, news TIPS, story angles, human interest stories, drop us an email on [email protected] or via Telegram
Related Topics:
Up Next

What Ruto means with his ‘plastic support’ for the BBI document