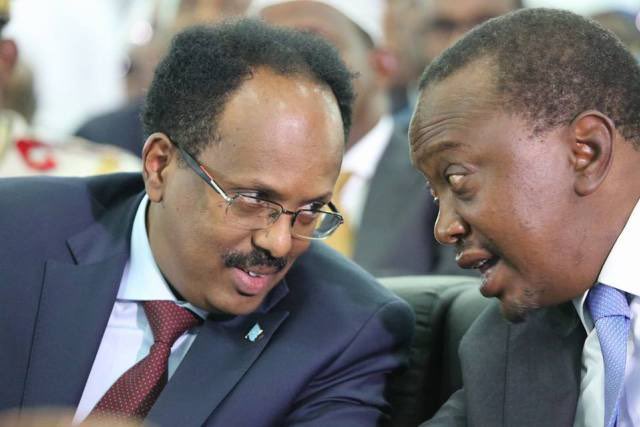 The Somali government has announced the termination of its relations with Kenya, claiming that the Kenyan government is interfering in its internal affairs.

Somalia, has announced the expulsion of all Kenyan diplomats and ordered all its Nairobi diplomats to return to Mogadishu within seven days from today, Tuesday, December 15, 2020.

Somali Information Minister Osman Abukar Dubbe said in a speech broadcast live on Somali state television on Monday evening that the move was taken in response to the ongoing political aggression by the Kenyan government against Somalia’s independence.

The Kenyan government has not responded to Somalia’s allegations or action.

At the time, Somalia accused Kenya of interfering in its internal affairs and the country’s politics.

In a press statement, Somalia claimed that Kenya was “politically pressuring” Somali regional leader Ahmed Mohamed Islam popularly known as Ahmed Madobe of Jubaland, in order to achieve his political and economic goals within Somalia.

Somalia claims that due to Kenyan influence, Ahmed Madobe relaxed his stance on the September 17 agreement, between the central government and local leaders.

The agreement was intended to provide a free and fair election in Somalia but the Jubaland leader now wants the Somali government to withdraw its troops from the Gedo area so that his administration can organize elections. The move is opposed by the central government.

Kenya and Jubaland have denied the allegations.

The Kenyan government has expressed regret that “Somalia’s move was unfortunate” and that the allegations were “baseless.”

The crisis is escalating

The conflict between Somalia and Kenya has intensified following the visit of Somaliland’s president, which declared independence from Somalia’s Muse Bihi Abdi in Kenya.

Kenya’s foreign ministry said in a statement to the media that the two leaders had discussed “important issues concerning the two countries.”

Kenya has stated that it does not have any diplomatic support in Somaliland but has named Somaliland as a key ally in the Horn of Africa in the fight against terrorism, especially Al-Shabaab militants.

Kenya has said it is focusing on how to strengthen trade and investment between it and Somaliland.

Somaliland declared independence from Somalia in May 1991 but its independence has not been recognized internationally.

The Somali government insists that Somaliland is part of Somalia.

In July this year, Somalia severed ties with Guinea, after the West African country welcomed the Somaliland president to Conakry.

Despite Kenya’s strained relations with Somalia in recent days, Kenya has thousands of troops in the country, under the African Union – AMISOM, fighting Al-Shabaab militants.

The two countries also have a border dispute pending before an international tribunal.

The border trial is set to be heard in The Hague in March 2021.