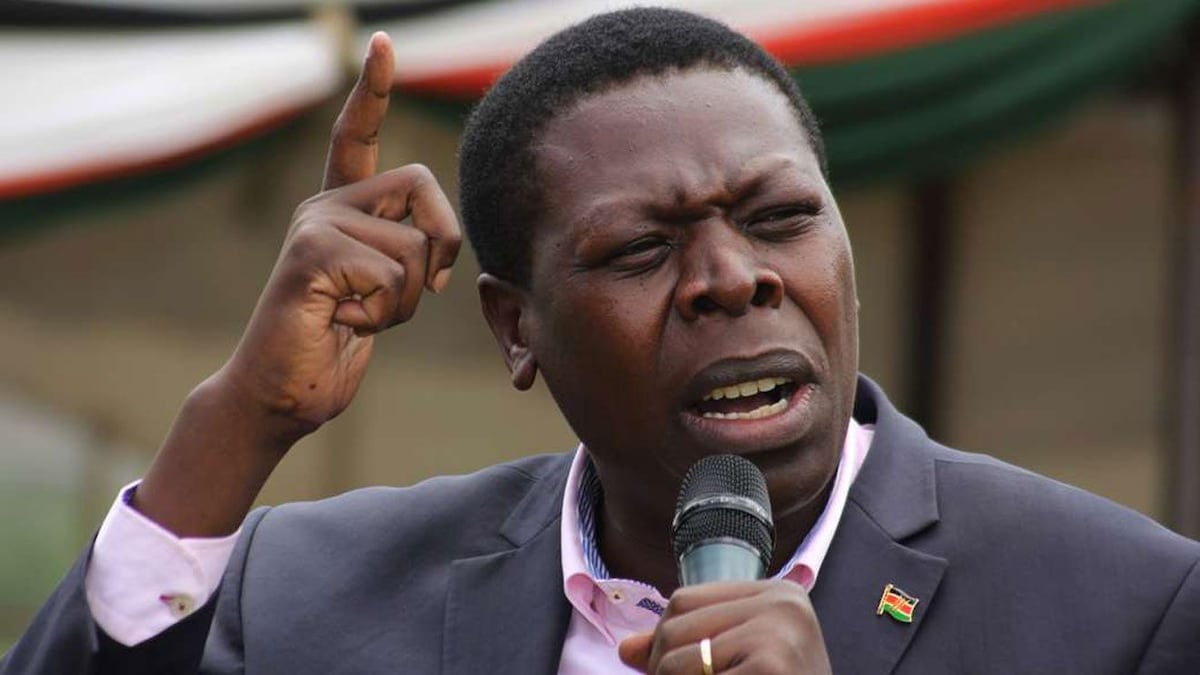 The soft spoken Devolution CS Eugene Wamalwa is the errand boy running Jubilee Party operations in Trans-Nzoia County. He recently led a countermove to DP William Ruto’s tour of the region when he hosted the Interior CS Dr. Fred Matiang’i who inspected small projects as they drummed up support for the BBI document.

Also in the tour were Cherengany MP Joshua Kutuny and Trans Nzoia Assembly speaker Joshua Werunga who is eyeing the governor’s seat in 2022.

Wamalwa’s tour was to send a signal to the Deputy President William Ruto who controls the vote rich rift region that he is a budding opponents. He called in Matiang’i who is seen as the man being used by the system to cut Ruto to size and Kuttuny who succeeded DP’s henchman and Soy MP Caleb Kositany who was recently sacked from the position of the deputy secretary-general of Jubilee party.

CS Wamalwa emphasized that the projects they toured were financed by President Uhuru Kenyatta’s administration and not by the Deputy President who has been traversing the county and launching projects.

He is accredited for luring the Trans Nzoia County Assembly with majority Jubilee MCAs to pass the Building Bridges Initiative Bill to massage his 2022 presidential dream. Wamalwa enjoys the support of less influential Kanu party officials like Pius Arap Kauka who has thrown salvos at Ruto’s allies for opposing the BBI drive. Kauka told off Endebess MP  Robert Pukose who accused Trans Nzoia MCAs of accepting the car grant bribe to vote in favor of the Bill.

Pukose is the man leading Ruto’s campaign’s in the county alongside women representative Janet Nangabo, Kakai Bisau and Abraham Sing’oei who are both working at the DP’s office. 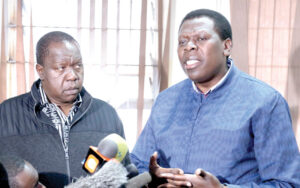 As Wamalwa fumbles to tackle DP Ruto’s influence in the county, talks are also underway with a section of elders pushing Wamalwa to utilize his ministerial status and run for the gubernatorial seat in 2022 or vie for a parliamentary seats to allow him to ascend to the national politics if BBI Bill is adopted. BBI will allow the president to pick ministers from parliament but he still shies from making such plans public.

“I will declare my political aspiration at the right time after getting views from residents of this county at the right time. I am currently focused on discharging duties bestowed upon me by the president,” Wamalwa told the Standard Newspaper in 2019.

Many politicians from the county have lined up to occupy the seat currently by Patrick Khaemba including Kiminini Mp Chris Wamalwa of the Ford-K party, Dr Stanley Tarus, Dr Abraham Sing’oei, Kakai Bissau, Janet Nangabo, Moses Khaoya, and Philemn Samoei.

Former Independent Electoral and Boundaries Commission chief executive officer Ezra Chiloba has been mentioned as a possible gubernatorial candidate or an aspirant in Kwanza constituency until the ICT CS Joe Mucheru has appointed him the Youth Enterprise and Development Fund board director.

That’s a blessing to Wamalwa whose head of women caucus, Dorcas Njenga, has hinted that he is waiting for the BBI outcome to decide his next move which could be a county or national seat but he is aware that he lost touch with that the grassroots after he was made a cabinet secretary.

Wamalwa is lying on the waning influence of Governor Khaemba after BBI and 2022 politics brought them together. Khaemba is serving his final and Eugene Wamalwa could be desperate for his endorsement.

Kenya Insights allows guest blogging, if you want to be published on Kenya’s most authoritative and accurate blog, have an expose, news TIPS, story angles, human interest stories, drop us an email on tips.kenyainsights@gmail.com or via Telegram
Related Topics:BBI PoliticsCS Eugene WamalwaDP William RutoTrans Nzoia County
Up Next