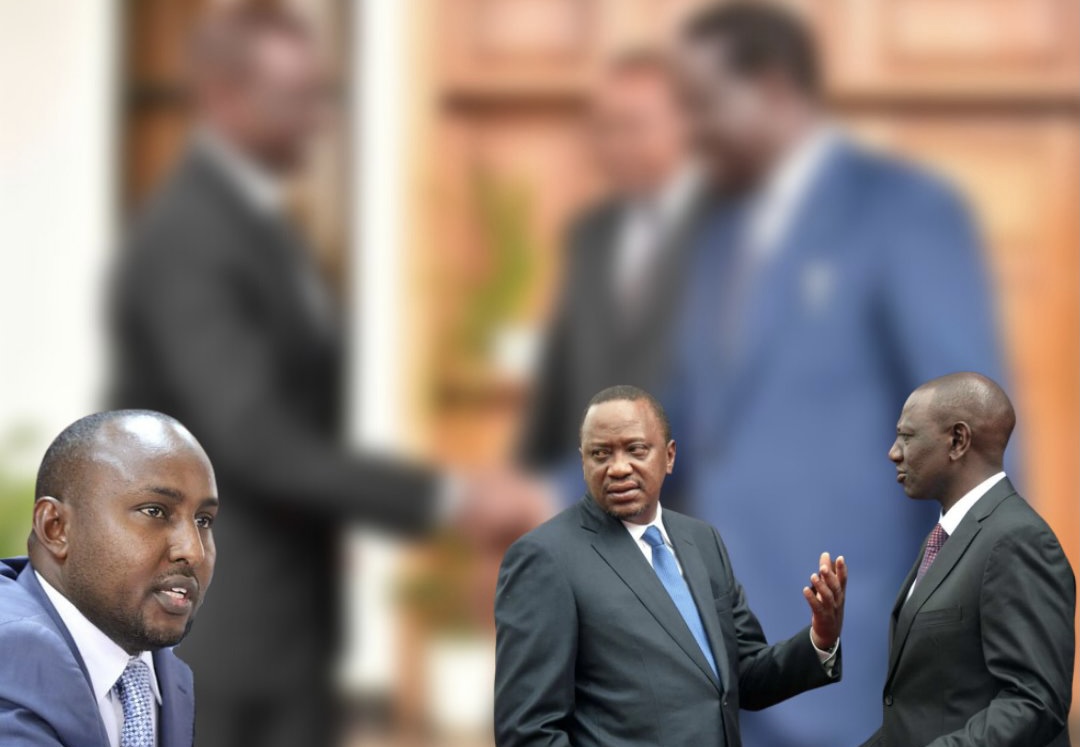 Deputy President William Ruto offered ODM leader Raila Odinga and his ODM associates half of all senior government positions in return for helping the DP topple President Kenyatta soon after the 2017 elections, a key confidante of Mr Odinga, Junet Mohammed has revealed.

In a headline interview on Nation, Junet who was close during the impeachment talks and largely the emissary for the former PM, has come out to spill out the secrets of the details that would’ve seen the President toppled in a scheme he now says was hatched by the DP.

Junet says that the plot began immediately the President was re-elected in 2017, he attributes it to a meeting convened by the president in Statehouse immediately after the victory where he told the jubilee MPs he didn’t anyone playing second fiddle and he was going to take charge of the government fully.

Ruto in recent days, has told his supporters that in his second term, the president indeed asked him to let him rule fully.

According to Junet, it’s this development in the early stages that Ruto felt betrayed and started the impeachment scheme.

“The President hosted a Jubilee parliamentary group meeting at State House soon after he was declared the winner. In that meeting, it became clear that the honeymoon with his deputy was over. Mr Kenyatta told his party’s rank and file that he would not share power with anyone. The remarks alarmed his deputy as it meant it would not be business as usual,” Mr Mohamed is quoted by the newspaper.

Junet admits that, indeed, had been talks to impeach the President, and that a prominent Rift Valley businessman who had lost out on lucrative government tenders—which he blamed on some people in the President’s inner circle —facilitated the meetings, which took place in a private residence in the Karen neighbourhood of Nairobi.

He says the first meeting to plot the impeachment took place on January 12, 2018, about a week after the President announced partial Cabinet appointments. It took place at the Karen home of the tycoon from Rift Valley.

According to the plan placed on the table, Mr Odinga’s ODM was charged with mobilising at least 100 lawmakers in the Senate and National Assembly to boost the numbers the DP would contribute from Jubilee and other fringe parties to make 234, the constitutional threshold to kick out President Kenyatta.

For the scheme to appear as an opposition agenda, Mr Mohamed says, their party was to move the impeachment motion in Parliament, and that MPs would have been bribed between Sh300,000 and Sh500,000 to vote in favour of the motion.

“We did not commit to the plan immediately, but retreated to interrogate the proposal first,” Mr Mohamed told the newspaper.

He admits that the deal was enticing but that Raila after reviewing the plan was not for it as he deemed that it would drag the nation back to the chaos. 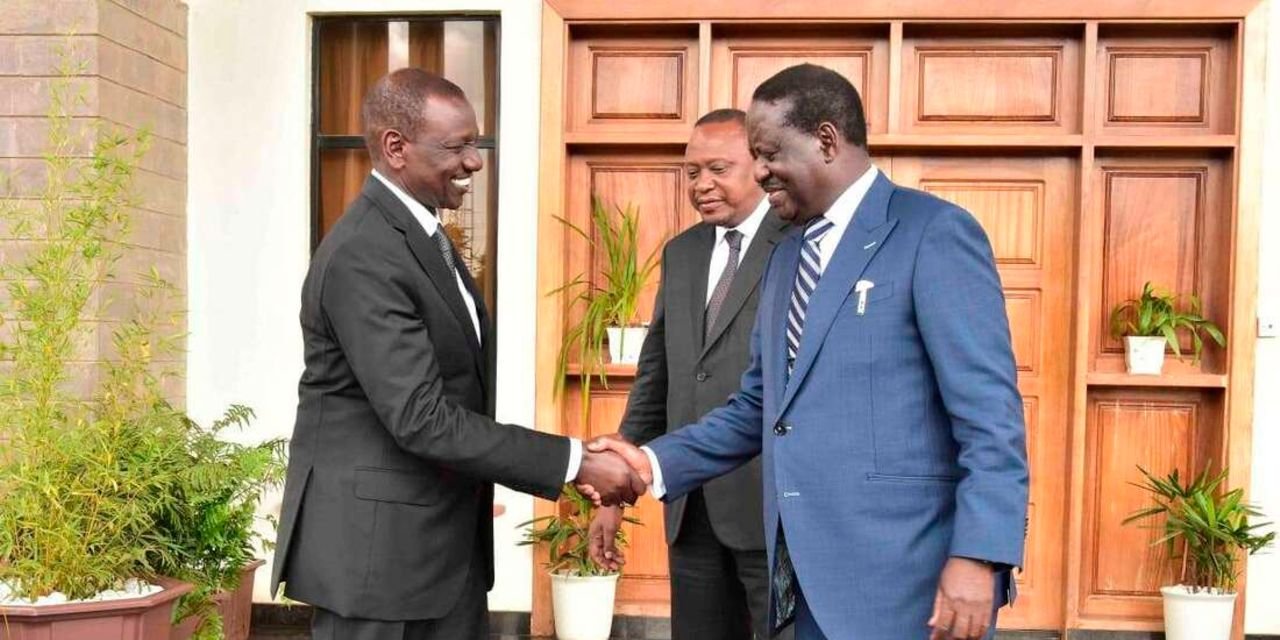 By then, the intelligence agencies had gotten wind of the secret talks, he claims.

“A senior and powerful minister from Nyanza called me with a stern warning. He asked why we wanted to take the country down the hill, why we wanted to destroy the country. It got us thinking, because with the government already in the picture, we needed to be careful on our moves. That’s when Raila chose to tell Uhuru the full extent of the plan,” Mr Mohamed says.

Junet says the pronouncement by Jubilee Party vice-chairman David Murathe that Uhuru in his second was going to be a benevolent dictator didn’t go well with the DP camp. Political insiders say that in the first term the DP was allowed to do things the way he wanted, when Uhuru gave him half of the cabinet to fill in for instance, most of his appointees were from his community.

The President in several occasions has blamed massive corruption in the first term as a major derailment of his agenda. He has bragged that he accomplished more in his second term without his deputy.

Junet says that warning from statehouse honchos meant the DP would no longer run business as usual. He’s said to have amassed much of his wealth in that first term.

On DP’s talks with Raila, Junet says it was meant to stop the new, ruthless Kenyatta in his tracks, especially on his plans to rule by fiat in his second and last term in office. To the Ruto camp, this was a co-presidency, and the President needed to treat it as such.

Article 145 of the Constitution stipulates that a sitting Head of State can be kicked out on the grounds of gross violation of the supreme laws, or where he or she is suspected to have engaged in criminal activities, among others.

In this instance, Mr Mohamed said, the plan was to cite Mr Kenyatta for disobeying court of orders, and in other instances, he was accused to have been in violation of the Constitution.

Under such circumstances, the Deputy President would assume office as President for the remainder of the term of the President.

The latest revelations will definitely spark a fresh debate a topic in political rallies.

Meanwhile, there seem to be a serious power play behind the curtains as some of the wealthiest men in Kenya are hanging up to finance the men they had previously fell out with.

Jimi Wanjigi, a tycoon who bankrolled Raila Odinga’s campaigns in last election, is a man in a revenge mission that after he failed to outrun him in ODM, he bought Safina, hinted at working with Ruto and has vowed to block Raila from statehouse.

David Langat, Rift Valley tycoon fell out with Ruto in the first term of jubilee over tenders. Having bankrolled the party in 2013 elections, Langat expected to be rewarded. He was however kicked out of the laptop and SGR tenders. Langat has now made up with Ruto and said to be bankrolling his campaigns and of many others from the region.

Kenya Insights allows guest blogging, if you want to be published on Kenya’s most authoritative and accurate blog, have an expose, news TIPS, story angles, human interest stories, drop us an email on tips.kenyainsights@gmail.com or via Telegram
Related Topics:DP William RutoimpeachmentRaila OdingaUhuru Kenyatta
Up Next