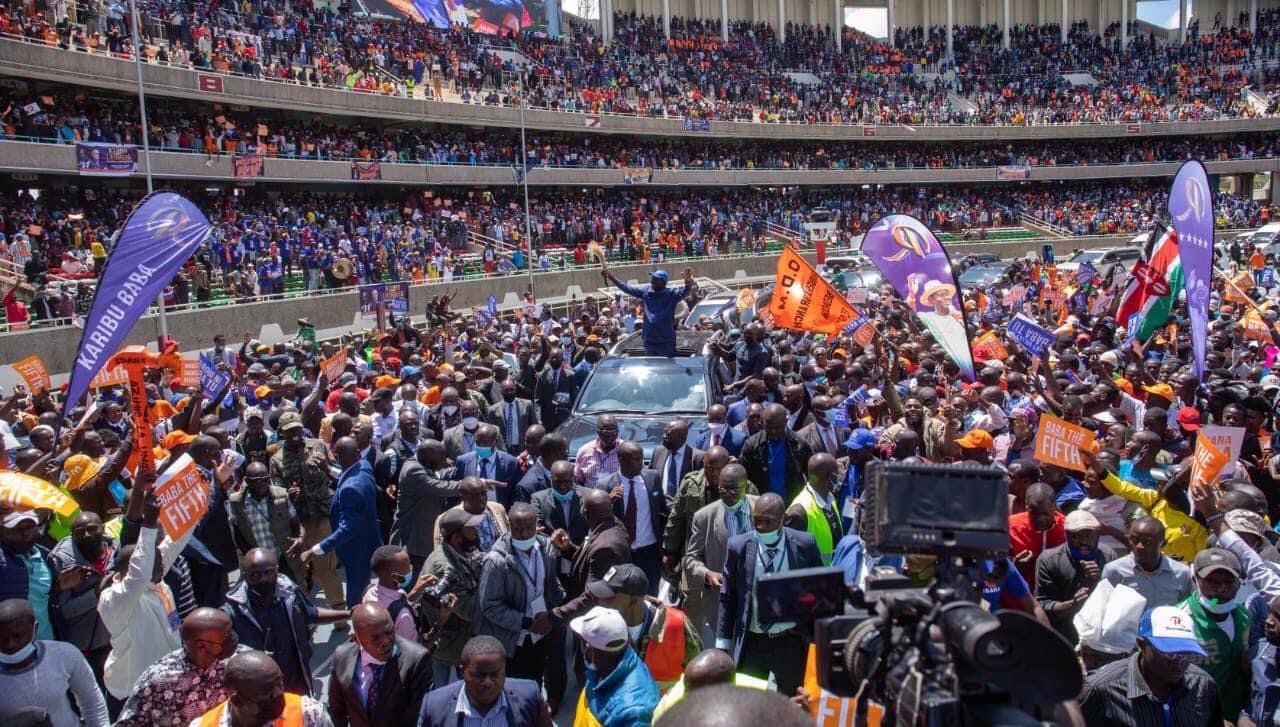 If Kenyans went to the polls today, Azimio la Umoja presidential aspirant Raila Odinga will win a majority of the votes in Mombasa County.

This is according to the latest findings of a poll conducted by Infotrak Research and Consulting.

In the poll conducted from 9th to 12th March 2022, the firm noted that Raila still commands huge support in the coastal county with 52 percent support compared to his fiercest political rival Deputy President William Ruto whose support currently stands at 29 percent.

The same trend follows the popularity of their political parties and political coalitions.

According to the poll sponsored by Haki Africa, Azimio la Umoja enjoys 51 percent support in the county while Kenya Kwanza Alliance has the backing of 29 percent of the county voters.

Even though Raila’s support is not as big as it was in previous general elections, the poll indicates the former Prime Minister is still the most popular politician in the area.

In the meantime, Mvita lawmaker Abdullswamad Sharrif Nassir is ahead of the pack in the race to succeed Ali Hassan Joho as the Governor of Mombasa.

Infotrak survey shows that Nassir is most popular in Mombasa with 48% support, followed by Businessman Suleiman Shabhal with 18% while former Senator and UDA member Omar Hassan is third with 5% support.

Kenya Insights allows guest blogging, if you want to be published on Kenya’s most authoritative and accurate blog, have an expose, news TIPS, story angles, human interest stories, drop us an email on [email protected] or via Telegram
Related Content:  How Uhuru's Last Minute Intervention Helped Mike Sonko Get Cleared For Jubilee's Nominations
Related Topics:Abdulswamad NassirODM leader Raila OdingaSuleiman Shabhal
Up Next