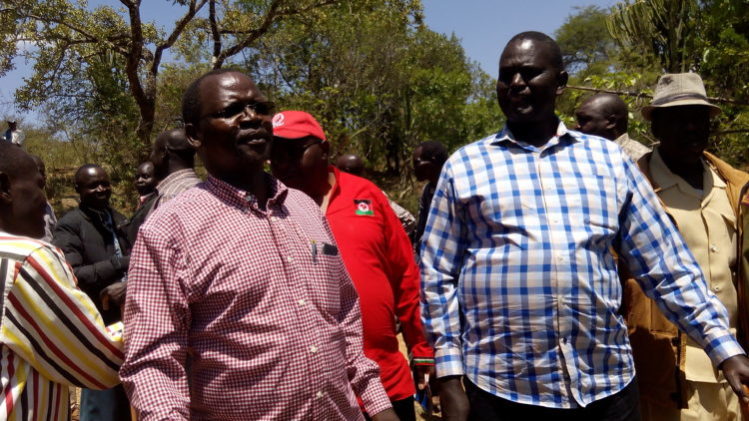 The wars between West Pokot governor John Lonyangapuo and Senator Samuel Poghisio have intensified after the governor accused Poghisio of peddling lies about his leadership that has weakened Kanu party in the county.

Lonyangapuo is plotting to shift to the UDA Party with a host of top Kanu officials come 2022. His relationship with Poghisio and the leadership of the KANU party has waned since the senator became a fierce critic of his administration. Lonyangapuo recently skipped a fundraiser where  his Party Leader Gideon Moi was the chief guest.

Kanu boss was accompanied by Poghisio who labeled the governor a Tangatanga sympathizer. He also accused the governor of undermining the party that took him to power.

Poghisio insisted West Pokot is still Kanu’s stranglehold despite  the governor’s absence in the meeting attended by hundreds of the party’s followers.

Lonyangapuo accused Poghisio of playing divisive politics by taking lies to State House for small favors as wrangles deepen in Kanu. The party has two factions in West Pokot, one allied to Governor Lonyangapuo while and a small one allied to Senator Poghisio. 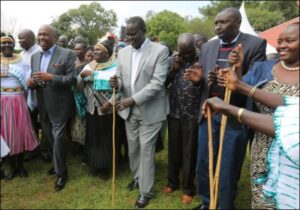 The governor said that the independence party had lost support in the county meaning they must change tact. Even the majority leader position given to Poghisio is not improving the situation. Lonyangapuo clarified that the party lost it when the man he elevated to the senate like Poghisio retaliated with war and witch-hunt.

He has been associating with Tangatanga, a faction of Jubilee Party allied to the Deputy President William Ruto who does not see eye to eye with Baringo Senator Gideon Moi.

Related Content:  Negotiated Democracy: Opportunists At Large, How Jubilee Candidates Will Share Power In Nairobi As They Combine Forces To Dethrone Kidero

The governor recently hosted Odinga who is shaping his 2022 presidential bid through the Building Bridges Initiative with a declining support in the region.