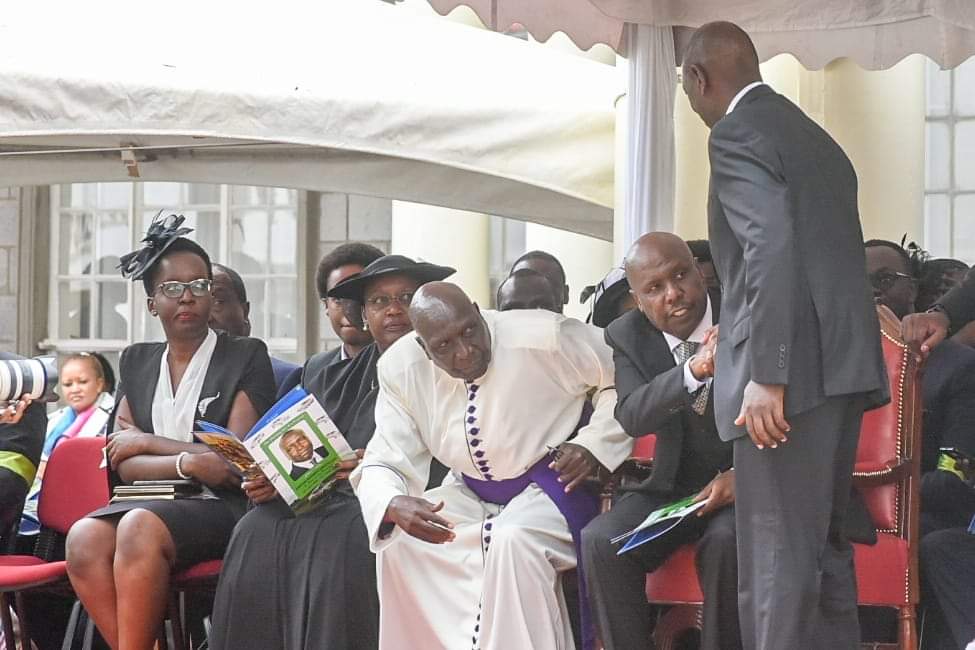 The two political rival kingpins have been exchanging words over the the past few months.

Gideon Moi on his defense,has been accusing DP Ruto and his handlers of running disrespectful mouths against the family and trying to politically blackmail Senator Moi’s plans.

The two finally shook hands at the late Jonathan Moi’s final send off.

Kenya Insights allows guest blogging, if you want to be published on Kenya’s most authoritative and accurate blog, have an expose, news TIPS, story angles, human interest stories, drop us an email on [email protected] or via Telegram
Related Content:  Bayern Wins Champions League As Coman Goal Defeats PSG
Related Topics:DP RutoGideon MoiHandshakeJonathan Moi
Up Next

JKIA And KBC Risk Being Auctioned