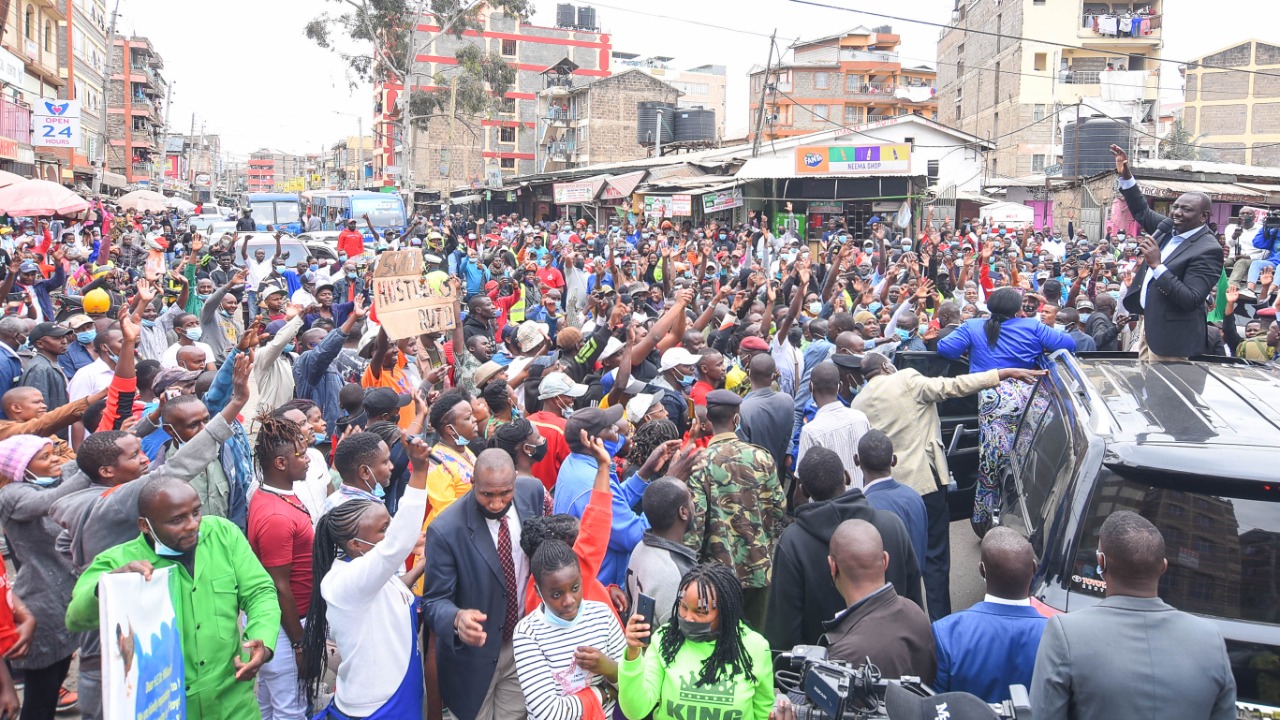 The Deputy President claims that the opposition leader used his handshake tricks to infiltrate the government and is currently running a cartel that is busy swindling public resources.

The Deputy President while attending a church service at the Presbyterian Church in Nairobi’s Umoja 1 estate blasted Raila whom he accused of exporting confusion into government.

Ruto and Raila have been trading accusations of corruption with the latter declaring in Mombasa where he was attending a function that he will jail all corrupt public officers if he becomes the President.

Raila slammed the DP over his huge donations saying they were proceeds of corruption.

In a rejoinder, the DP claimed that the opposition which Raila leads was running a cartel within the government that has led to the loss of taxpayers money.

According to Ruto, Raila’s handshake with President Uhuru Kenyatta has derailed the government’s agenda.

Ruto further claimed the ODM chief was being contemptuous of the poor insisting that the bottom-up economics he propagates is what will bridge the gap between the haves and the have nots.

“People have a problem with the support given to the church, bodaboda and mama mboga because they have contempt for the weak, the bible tells us to support the weak. These people are contemptuous and it is against the word of God” he added.

The DP maintains that those harbouring thoughts that the next general election will be postponed are leaving in their dreamland.

Kenya Insights allows guest blogging, if you want to be published on Kenya’s most authoritative and accurate blog, have an expose, news TIPS, story angles, human interest stories, drop us an email on [email protected] or via Telegram
Related Topics:Deputy President William RutoHandshakeJubileeODM leader Raila Odinga
Up Next