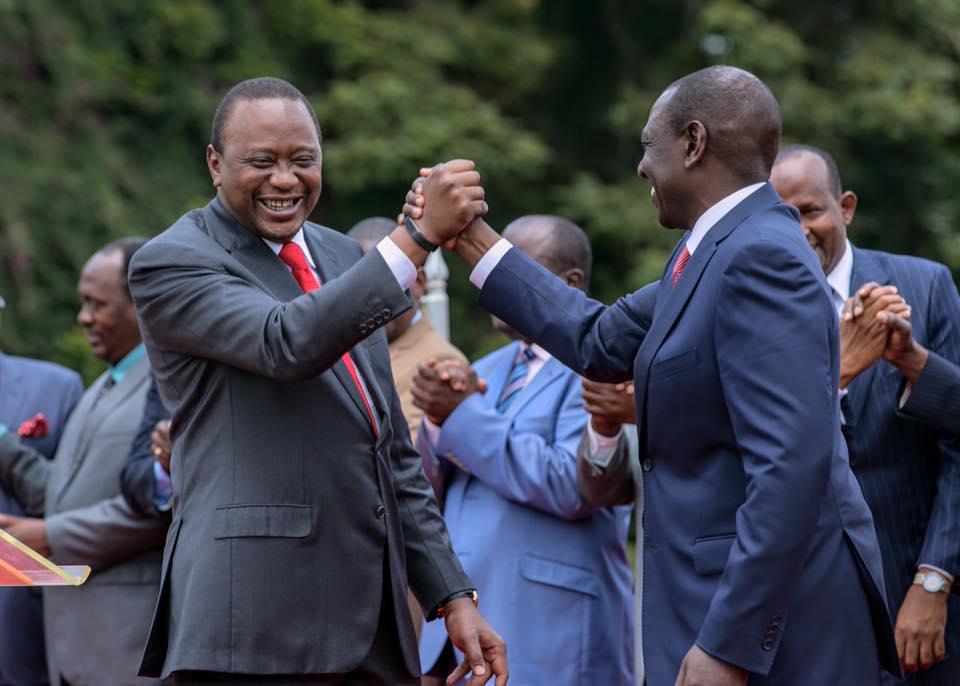 The ruling coalition Jubilee Alliance Party (JAP) will be transformed into Jubilee Party (JP) in a three-day event to be held in Kasarani as they renew and plot to intensify campaigns to retain power in the next election.

The transformation and solidifying the coalition by merging all the parties to one Jubilee Party will entail amending the party’s name, change officials, symbol, slogan and colour, rules and regulations.

Plans have taken top gear as organizers tip the event will be a hit. From reports Kenya Insights is getting, the three days events with expected over 10,000 delegates drawn from across the country will be flanked with a ray of musicians both local and international.

The event that will kick off from the 8th September and go through till 10th will see additional of estimated 100,000 people attending the launch besides the delegates.

It is expected that close to Sh500 million will be spent in the event. The expenditure will include facilitation of the delegates for food and accommodation, payment for international guests from the various parties across the globe and the artists.

Banners with the party colours, T-shirts, caps, decoration for the parties’ events and the eventual final convention are also expected to take up much of the funds. Uhuru and Deputy will be the chief guests.

Costs will also include live broadcast of the event across major channels in Kenya and also intensified social media campaigns.

The event is only comparable to the inauguration of President Uhuru in 2013 that saw millions off taxpayers being spent on it. Here’s a breakdown of the Uhuru’s inauguration budget.

1. Sh50 million was spent on hospitality for President Kenyatta and retired President Kibaki.

2. Sh10 million for gifts which were given to retired President Mwai Kibaki.

4. Sh850,000 paid the Ministry of Public Works to mark Kasarani grounds in readiness for the event.

5. Sh14.6 million was spent on accommodation of 10 Heads of State who attended the event despite some travelling to their respective countries the same day.

7. Sh6.7 million spent on paying traditional dancers from counties, gospel singers and bands and for entertainment during the State Luncheon.

8. Sh957,000 was paid to traditional dancers who entertained guests during their arrival and departure.

9. Sh7.2 million spent on a legal committee. In the budget, there is research and drafting of legal documents (hiring of legal experts) for election purposes .

Francis Kimemia prepared a budget of Sh1.2 billion, which then Treasury PS Joseph Kinyua slashed to Sh279 million. There was also a separate budget of Sh64 million which was funded by the Judiciary, bringing the total cost of the ceremony to Sh374 million.

Its unclear but we can predict who will foot the Sh500M bill for the JP launch. Talking of Uhuru’s inauguration there’s still cries from sections of Kenya musicians who performed at the event that they were shortchanged and never paid. The Statehouse entertainment cartel led by Big Ted is keen on maximizing gains on this launch just like the rest that have past.

Kenya Insights allows guest blogging, if you want to be published on Kenya’s most authoritative and accurate blog, have an expose, news TIPS, story angles, human interest stories, drop us an email on [email protected] or via Telegram
Related Topics:JubileePoliticsUhuru KenyattaWilliam Ruto
Up Next