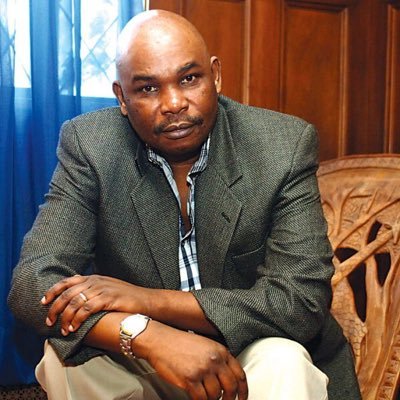 Starting tommorow, Monday (August 29, 2016), the Judicial Service Commission (JSC) will commence the interview process of candidates shortlisted for the offices of Chief Justice, Deputy Chief Justice and judge of the Supreme Court of Kenya. The process is expected to grip the nations attention given the relevance of these offices now that we’re headed to the elections.

Lawyer Ahmednassir Abdulahi aka Grandmullah who happens to be a former JSC member and an instrumental player in getting Mutunga into the CJ post and was seen to be gearing towards a Mutua succession is back in the debate. He’s breaking down the intrigues and politics behind the succession.

Ethnicity card like in any public office has taken center stage in this debate. Ahmednassir further explains the intrigues. First, a number of candidates from Central Kenya who were salivating over the office of the Chief Justice were, in no uncertain terms, told not to apply by their kinsmen in power. These individuals include Attorney-General Githu Muigai and a number of senior judges. This explains why no candidate from central Kenya will be interviewed for the office of the CJ. They fell victim of a noxious ethnic calculus designed by their brethren in power.

Push for an older candidate

Second, it was decreed that members of the JSC who are controlled by the government would be under firm instructions to push for an older candidate for the office of the CJ – one who can serve a maximum of four years. The strategy is to have another chief justice appointed before President Uhuru’s tenure comes to an end in 2022. All the candidates who were prohibited from running for the office now will be allowed to contest in four years’ time.

Related Content:  Women and Politics, The Frustrations In Sexist Kenya

The plan is simple. The next President will have a chief Justice from Central Kenya to provide a constitutional counter balance. This strategy explains why Justice J.B. Ojwang of the Supreme Court was the government’s preferred candidate for CJ.

Third, it was further agreed that,whatever the cost, Prof Makau Mutua, must not be shortlisted for the job. We all know the censorious and, at times injudicious, commentaries the good professor has made against the President and his deputy.

His many predictions that President Kenyatta and William Ruto will age and rot in prison after their conviction at The Hague is still vivid in the minds of those who hold the levers of power. A further calculation by the schemers was that if Prof Mutua was shortlisted, there wasn’t any process or mechanism in light of his gravitas and resume that would stop him from becoming the next chief justice of Kenya. This explains why he was disqualified on grounds no one knows to date.

Kenya Insights allows guest blogging, if you want to be published on Kenya’s most authoritative and accurate blog, have an expose, news TIPS, story angles, human interest stories, drop us an email on [email protected] or via Telegram
Related Topics:Chief JusticeHuman RightsJSCPolitics
Up Next

Glorified Thieves, Corruption And Impunity Not Punishable In Kenya But Rewarded With Political Posts And Privileges