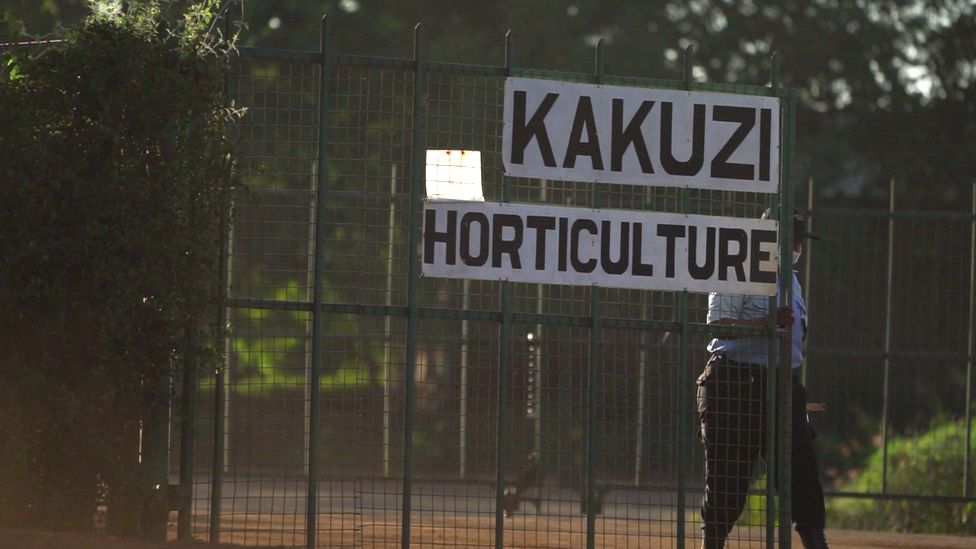 Kakuzi avocado farm has been holding into every string of hope after their reputation was dented with the expose of historical atrocities that have been documented, continues to grasp for air in desperate bid to win international trust after UK supermarkets that provided their biggest market decided to cut links and boycotted their products.

In March this years, Kakuzi Limited took two lobby groups to court seeking to lift the lid on investigations into rape, killings, and abuses in its expansive farm in Makuyu.

Kenya National Human Rights Commission (KHRC) and Ndula Resource Center (NRC) are said to have investigated the alleged atrocities by Kakuzi guards and which led to a case in the United Kingdom against Camellia PLC, Kakuzi’s parent company.

Although Camellia paid Sh696 million as compensation, Kakuzi in its case says that KHRC’s claims on what allegedly transpired is untrue and should be forced to produce the report of its investigations to the police, or before a magistrate.

Kakuzi says in its case filed before the High Court that it wrote to KHRC and NRC demanding that they either report to the authorities or be forced to admit that they had no evidence to support the claims by 85 people and delete an article published in KHRC’s website.

Those who sued Camellia are 79.

“It is incredulous for the respondents to state that they have been investigating the petitioner for the last 17 years yet no report has ever been disclosed to the petitioner,” the case filed by Kakuzi’s lawyers Kaplan and Stratton reads in part.

“Accusations of killings, rape and other forms of sexual and gender-based violence causing grievous bodily harm, abominable labour injustices, wanton violence, bad corporate governance are extremely serious accusations and must, as of right, be substantiated with sufficient evidence to support the charge before a court of law,” said the lawyers.

Kakuzi denies that there were such crimes happening on its land where it grows among others crops avocados. It argues that if they occurred, then KHRC and NRC are complicit in shielding the perpetrators.

According to Kakuzi, its business has been adversely affected by the claims.

“The only inference that can be drawn from the respondents conduct in refusing to provide the petitioner with the information sought and or in laying a complaint as provided under the law for each and every accusation in the article is false, misleading, and devoid of any evidentiary material,” the case continues to read.

Kakuzi, The Nairobi Securities Exchange (NSE)-listed firm says that it was dropped in the UK case.

In the case, Camellia PLC was accused of turning a blind eye to systematic human rights abuse by Kakuzi Limited employees including rape, killings, attacks, false imprisonment, and mistreatment for a period of 11 years.

Related Content:  The Agony of 3 Kenyans Illegally Jailed in Rwanda

The victims’ lawyers Leigh Day, had claimed that Kakuzi security guards have been inflicting unexplained harm to the locals surrounding its plantation.

The 85 victims include Kakuzi former employees, women, and girls who were allegedly raped by the guards after being caught while collecting wood on the company’s land. Some are said to have contracted HIV or became pregnant. They included 10 women and girls, including two who are less underage.  A young man was claimed to have been clobbered to death by the guards.

Shortly after the UK case was settled, Kakuzi took the charities that supported alleged victims to court in Kenya.

When contacted last week by The Times and asked whether it was a “vexatious” case designed to silence criticism, Kakuzi suddenly decided to withdraw it.

KHRC issued a press statement on Feb 14, in response to the settlement

Kakuzi has now sued KHRC on claims that our allegations of Kakuzi violations are untrue. pic.twitter.com/M0EJuJoRr8

“Corporates are increasingly weaponising the law to burden their critics with the heavy cost of legal defense, to intimidate and silence them until they abandon their criticism. This is the strategy Kakuzi has employed.” Said Mary Kambo, Program manager on trade and Labour justice, Land and resource governance at KHRC.

“This legal strategy is commonly known as a strategic lawsuit against public participation (SLAPP). SLAPPs can be successfully resisted as was recently shown by the South African ruling in Mineral Sands Resources v Reddell where the court recognised the defamation suits as SLAPPs! The SLAPP suit by Kakuzi presents a unique opportunity for our courts to shape jurisprudence on SLAPP suits. Some jurisdictions have passed anti-SLAPP laws to prevent people including corporates from using courts to intimidate and muzzle their critics.“ She aimed at Kakuzi on the filing of the suit.

Such irony that @Kakuzi_Plc, a company accused by communities of killings, rape and assault and whose parent company settled the claims, early this year, to the tune of KSHS. 696 million is now suing @thekhrc for exposing its behaviour. @emilydugan @ItsGeorgeKegoro https://t.co/A4rEmo57pf

“The Company is acting like a jester! To the extent that its parent Company has agreed to settle the human rights violations claims against it simply shows admission of liability by the Company. A laws suit against the CSOs is not the way to clear its very tainted reputation!” Said Nasanga Aki, Kenyan high court advocate in reaction to Kakuzi’s suit.

On 14th February 2021, the two organizations released a press statement immediately after the compensation news came out and it is the statement that angered Kakuzi who were desperate for a clean image.

The press statement was in reaction to a costly settlement by Kakuzi’s parent company, Camellia PLC, over gross human rights violations alleged to have been committed by one of its subsidiary companies, Kakuzi.

On 11th February 2021, Camellia announced to its shareholders and traders that it would spend up to Kshs. 694 million to settle individual claims as well as pay legal fees for claims of gross human rights violations committed by Kakuzi security guards. These claims had been lodged in the London High Court by Leigh Day, a leading UK law firm that partnered with KHRC and NRC to bring the suit against Camellia. The UK suit comprised of 85 claimants who live around Kakuzi, with claims ranging from killing(s), assault and rape in the hands of Kakuzi guards.

Locally and in its suit, Kakuzi is alleged that KHRC and NRC violated its right to a fair trial under Article 50 of the Constitution and that the statement issued on February 14th is untrue and that it damaged Kakuzi’s reputation and that of its shareholders and partners. Kakuzi sought to compel the KHRC and NRC to withdraw the press statement and issue a public apology.

Further and following the settlement by Camellia, Kakuzi instituted a raft of reparative measures which included (1) funding of charcoal kilns and access to firewood for the local communities to produce and sell charcoal, (2) building two social centres, (3) employing safety marshalls, (4) building three new roads of motorable access by the community without any requirement to obtain a licence from the company as was previously the case (5)  establishing of a Technical Working Group to survey and demarcate land which has been previously donated by the company, and (6) designing and implementing a human rights defenders policy. “These measures were not instituted as part of a corporate social responsibility (CSR) programme. They were part of a desperate attempt by Kakuzi to restore its UK market lost in the wake of media reports on Kakuzi’s nefarious behaviour towards its host community and workers.” KHRC said in a statement.

In reaction to the settlement deal, the two human rights groups reiterated that there were pending issues outlined in their February 14th statement that took that to court with the SLAPP suit making the following DEMANDS:

KHRC and Kakuzi PLC have been engaged in legal feuds spanning over 17 years over land issues and allegations that the firm has been violating the rights of members of the public. The feuds saw KHRC partner with a UK-based law firm Leigh Day to sue Kakuzi’s parent company Camellia PLC at a London court over the alleged abuses. They at one point accused of tampering with witnesses by luring them with goodies to withdraw from the case claims which naturally Kakuzi denied.

Cornered Kakuzi perhaps for fear of more damages to the bad reputation they’ve propagated, are withdrawing the suit.

@Kakuzi_Plc has mastered the art of silencing its critics. The SLAPP suit therefore did not come as a surprise to the @thekhrc and Ndula Resource Centre. We're wondering what has changed now that the company is seeking to withdraw the suit. @ItsGeorgeKegoro https://t.co/ztovAD9bqO

Even as the firm is cooking its heels, trouble seem to be a committed partner, a recent report by BBC revealed more cases of abuse in the firm.

“I was caught like that and he was catching me here like this. I was taken round. He stood up and stepped on me. He stepped on my neck. He held my neck and turned it around. He covered my mouth while I screamed.” Mudhikwa Musau, 88, lives in a village just a few minutes’ walk from the tree-lined perimeter of Kakuzi’s vast farmland in central Kenya, demonstrated how the assault was carried out.

Governor Khaemba turns Trans-Nzoia into a hotbed of nepotism