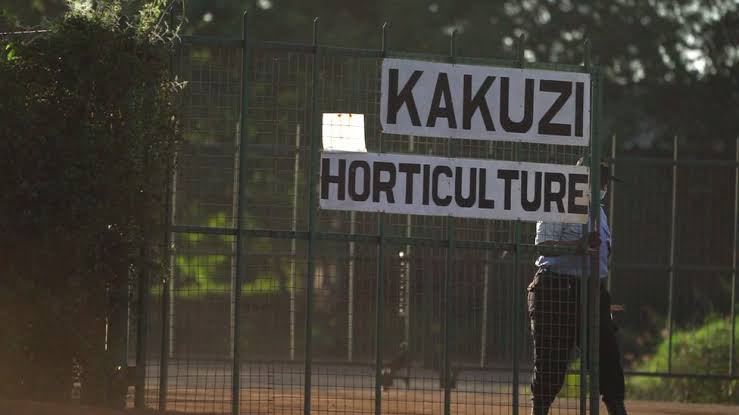 Kakuzi PLC is a Kenyan agricultural cultivation and manufacture company. Its products include tea, avocados (of which it has been Kenya’s largest exporter), pineapples, and livestock.

In 2019 and 2020, 85 claims were brought in London against Camellia Plc and its subsidiaries, Linton Park Plc and Robertson Bois Dickson Anderson Limited. Those claims were based on allegations of serious human rights abuses against local residents by security guards employed by Kakuzi PLC, a company within the Camellia group based in Kenya.

The legal claims were brought with the support of and in conjunction with the Kenya Human Rights Commission, the Centre for Research on Multinational Corporations (SOMO) and the Ndula Resources Centre.

2. A young man was beaten to death by Kakuzi’s security guards in May 2018 for allegedly stealing avocados

3. Men and women were beaten, injured or unlawfully detained by Kakuzi’s security guards, including a man who sustained serious long-term injuries after being kicked in the head by a guard wearing heavy boots

4. Thirty-four men and women involved in a protest on 2 September 2014 were violently attacked by Kakuzi’s security guards, including with a rungu (wooden club)

5. A journalist and cameraman reporting on a protest led by children at Gitutu Secondary School in September 2016 were violently assaulted by Kakuzi’s security guards

The attacks were part of a pattern of systemic violence and intimidation of villagers by Kakuzi guards over many years and which have been documented by local human rights organisations.

The Kakuzi farm occupies land acquired during the colonisation of Kenya by Britain in the early 20th century. It also includes land seized from local communities during the Kenya Emergency (1952-1960) and land sold by European farmers who left Kenya after independence in 1963. Many local communities live on or next to land registered to Kakuzi. Their water sources, paths, roads, and schools are on land registered to Kakuzi.

In july 2021, Kakuzi PLC asked the High Court to withdraw a suit that the multinational filed against two human rights lobbies that raised the alarm over gross misconduct by the multinational’s security guards and which left several Murang’a County residents physically and psychologically damaged. Kakuzi’s move to withdraw the case caught lawyers representing the Kenya Human Rights Commission (KHRC) and Ndura Resource Centre off guard, as they sought time to consult with the lobby on whether or not to consent to withdrawal of the case.

The multinational had sued KHRC and Ndura Resource Centre, demanding that the lobbies withdraw claims of human rights violations on the multinational’s Murang’a farms, or provide evidence of the alleged violations by security guards manning avocado and blue gum trees.

The two lobby groups had been vocal about violence meted out on Murang’a residents neighbouring Kakuzi’s farms in Murang’a. Camellia PLC struck an out-of-court deal with the claimants, and paid them Sh696 million before settling their legal bills

Recommended Reforms after out of court settlement.

1. The Companies agreed to the payment of financial compensation to the 85 victims.  The sums in question remain confidential to the victims.

2. Kakuzi confirmed that it will develop and implement an Operational-level Grievance Mechanism (‘OGM’) to allow any other allegations of human rights abuses to be resolved fairly and quickly without need to go to court. Triple R Alliance, a leading human rights and OGM consultancy, will review, guide and oversee the OGM.  An Independent Monitor will also observe and report on the OGM. The aim is to implement the OGM within 12 to 18 months.

3. The building of three new roads, two of which cross Kakuzi’s land, which will be accessible by motorable vehicle without any requirement to obtain a licence, thereby allowing the communities better access to local amenities and services.

4. The employment of around 30 predominantly female Safety Marshalls on Kakuzi’s farm to give visible reassurance to those using access routes and in particular vulnerable women over the next three years.

5. The establishment of a Technical Working Group to survey and properly demarcate over 150 acres of land which has been previously donated by Kakuzi. Kakuzi will endeavour to complete this survey over the next two years.

6. The funding of charcoal kilns and access to firewood so local communities can produce and sell sustainable charcoal for their own income generation over the next three years.

7. The construction and provision of staff at two social centres for community meetings to be located at Kinyangi and Munyu.

8. The design and implementation of a human rights defenders policy, to be implemented within 12 months.

Britain’s largest supermarket chain, Tesco is yet to reinstate avocado supplies by Kakuzi  as it presses for compressive human rights reforms by the Murang’a-based agriculture firm.

The British retailer on October 11, 2020 temporarily dropped Kakuzi as its supplier of avocados pending investigations into alleged assault and sexual misconduct by some of its employees. The ban stands nearly a year later.

Tesco pressed for deeper reforms to safeguard the rights of workers and the communities living around the Kakuzi farms.

Through its Kent-based parent Camellia Plc, Kakuzi was sued over the alleged human rights violations by its employees— which it denied. The UK-listed company Camellia owns 50.7 percent of Kakuzi. The Nairobi Securities Exchange-listed Kakuzi recently pledged to accelerate human rights reforms to comply with international standards as aforementioned; employment of a manager in charge of human rights issues, an audit by a global firm on the impact of its operations on human rights, and the establishment of a dedicated operational-level grievance reporting mechanism that will provide multiple avenues through which their employees and the community can raise issues they would like the company to address.

The measures include funding of charcoal kilns and access to firewood, building two social centres for community meetings, and employing predominantly female safety marshalls on Kakuzi’s farm “to give visible reassurance to those using access routes and particularly women.”

Camellia and its local subsidiary are trying to win back the confidence of customers in Europe who value ethical corporate behaviour nearly as much as the quality of produce. The value of avocado supplies by Kakuzi to the UK and other countries in Europe in the half-year period to June this year fell by 52.88 percent to Sh137.2 million from Sh291.2 million in a similar period a year earlier, according to Kakuzi’s latest financial statements.

Resolving of the human rights disputes was to be of importance in Kakuzi’s readmission as a supplier of avocadoes to UK supermarkets, including Tesco that suspended their orders after the alleged abuses which they pleaded guilty by seeking out of court settlement and paid the victims. In early 2021 this year, The parent company of Kakuzi , Camellia Plc, paid Sh696 million to settle claims of alleged human rights abuses perpetrated by employees in its Kenyan agricultural operation.

The amount included payouts to victims of alleged violence and rape as well as remedial investments in the local community in Murang’a County where Kakuzi runs its agricultural business. The multinational also paid Sh348 million to settle similar allegations brought against its Malawian subsidiary, Eastern Produce Malawi (EPM), raising its total spend on the human rights row to Sh1 billion.

UK law firm Leigh Day had initially filed rights abuse claims against Kakuzi in the High Court in London but the assertions were dropped, with the litigation going ahead against Camellia and its subsidiaries Linton Park Plc and Robertson Bois Dickson Anderson Limited. As part of the deal, Leigh Day agreed not to bring or support any further claims against any part of the Camellia Group in connection with their operations in Kenya, “for a substantial period.”

The alleged abuses were carried out by employees of Kakuzi and EPM, including security guards as mentioned before. 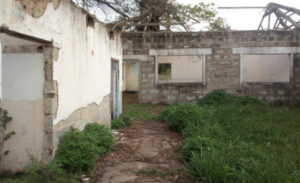 In October 2019, Makuyu golf club won the right to manage 72 acres worth millions of shillings that it has been occupying since 1934.

The ruling by Oscar Angote brought closure to a matter that had been pending before the Nyeri and Thika courts since 2002. The judgement was read on Justice Angote’s behalf by Thika ELC Judge Lucy Waithaka. In his judgement, Justice Angote found that the golf club was formed in 1934 while the agricultural firm acquired thousands of acres of land in the area in 1966.

Angote added that Kakuzi Limited, formerly Kakuzi Fibreland Limited, failed to take possession of the land the club sits on when the firm bought out Sisal Limited, the land’s previous owners.

“I find that the club has acquired the title of the land by adverse possession… by being in possession of the land for a period of more than 12 years from 1934 to date,” read the judgement. The court battle arose after Kakuzi demanded fees for use of the land.

It also demanded to be notified when tournaments were organised and to share in any profits. The club’s trustees told the court the land was donated for use as a golf course by white settlers.

“Based on the evidence before me, I am satisfied that the plaintiff’s use of approximately 72 acres of land as a golf course has been continuous, exclusive and without the permission of the defendant for a period of 12 years,” read the judgement.

“The defendant’s title in respect of the said land has, therefore, been extinguished by effluxion of time.” It also emerged that the clubhouse, which is located on a 17-acre land and is valued at millions of shillings, had been vandalised.

The judge found the land had been used exclusively by club members “and Kakuzi Limited like any other philanthropic member of the society, or as part of its social corporate responsibility mandate”.

Kakuzi’s claims of having assisted in running the golf course were challenged by club officials who told the court they had sunk a 300-metre borehole to maintain the grounds. Kakuzi’s management had sworn an affidavit saying they supplied the club with water from one of their dams and paid the wages of the club’s watchmen.

The company also said they assisted the club with tractors and lawnmowers until their services were terminated in March 1996. Kakuzi’s management had claimed that they were granted a title, LR 11674, for the land in 1966 for a term of 941 years.

At this century and era, it’s unfair that a colonial company still owns such large parcels of land, owns roads and social amenities – violates human rights through assaults and labour slavery. Perhaps the best reform that can be done is land expopriation without compensation. With the action of  Tesco, it shows how dumb the reforms are and it is just a matter of time before the cat gets of bag again and their human rights violation reverts back to factory settings as it were before.

Kakuzi and the parent company is a multi-million company and bribing victims , witnesses and media houses is their biggest deal with hopes of getting back onto their feets again. And all these back and forth depends on the government of the day which needs spiritual intervention since the corruption in the Jubilee government is beyond repair to take this matter into consideration, but being hopeful in the relevant authorities is all that’s needed with the push of People’s power. Kakuzi might be economically viable but the glass is already broken.

Kenya Insights allows guest blogging, if you want to be published on Kenya’s most authoritative and accurate blog, have an expose, news TIPS, story angles, human interest stories, drop us an email on tips.kenyainsights@gmail.com or via Telegram
Related Topics:Camellia PLCKakuzi PLC
Up Next