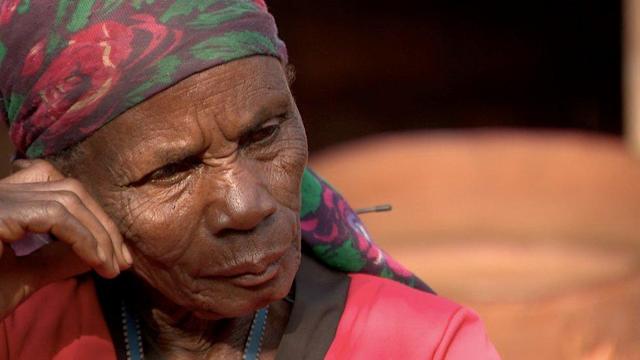 Two women who say they were raped by security guards at Kenya’s Kakuzi farm have spoken out about their ordeals.

Their claims come as the agri-business seeks to sue Kenyan human rights groups over what it says are false allegations of abuse.

Critics say the Kakuzi lawsuit is aimed at winning back contracts recently lost in a UK supermarket boycott.

The company told the BBC the new claims must be investigated and it doesn’t tolerate wrongdoers.

Mudhikwa Musau, 88, lives in a village just a few minutes’ walk from the tree-lined perimeter of Kakuzi’s vast farmland in central Kenya.

She says in 2009 she was violently raped by one of the firm’s security guards. Speaking in the local language of Kamba, she demonstrates how the alleged assault was carried out.

“I was caught like that and he was catching me here like this. I was taken round. He stood up and stepped on me. He stepped on my neck. He held my neck and turned it around. He covered my mouth while I screamed.”

Mudhikwa Musau says she went to the police after making her complaint, but she never heard about the case again.

In response to the case, Kakuzi pointed to court documents showing one of their employees was convicted of assault over the incident but acquitted of rape.

Sixty-five-year-old Marium Wanja has also come forward. She says she bore two children to Kakuzi security guards in the 1990s.

“I was raped by Kakuzi security guards and it cost me my marriage,” she said.

Over the past 30 years, dozens of shocking allegations have been levelled against Kakuzi guards by local community members. The accusations include rape, assaults and even killings.

The claims of human rights abuses came to the attention of the British grocers when a lawsuit representing 79 Kenyans was lodged in the English High Court last October, brought by the British law firm Leigh Day.

Among the claimants were the parents of a young man accused of stealing an avocado. He was allegedly beaten to death by Kakuzi security guards.

David Ndambuki, a former employee who fought for improved labour rights at the company, says due process should have been followed instead: “For me, that person was supposed to be arrested and taken to the court.”

Kakuzi’s British parent company, Camellia, settled the group lawsuit in February, agreeing to a £4.6m ($6.5m) pay-out, without accepting liability for any of the allegations.

The company also commissioned a private consultancy to carry out an independent human rights assessment. The firm, called Ibis, told the BBC it was currently gathering information for its assessment.

But while, on the one hand Kakuzi, has been taking steps to address concerns about allegations of human rights violations, on the other it is suing the Kenya Human Rights Commission and a local NGO called the Ndula Resource Centre.

Kakuzi accuses the groups of making unfounded claims about historic allegations of abuse in a joint statement they issued when the UK settlement was reached.

In response to BBC questions about why Kakuzi decided to launch proceedings in the Kenyan courts after its parent company settled the previous case, the company wrote: “We are asking the Court to order that evidence be provided to identify the cases and have perpetrators brought to book and prosecuted through the criminal justice system.

“To date the KHRC has refused to provide this evidence which is a violation of constitutional rights. Further, they continue to deliberately distort facts on unrelated cases.

And in response to the claims made by the two women who spoke to the BBC, Kakuzi added: “These are very serious allegations and like all allegations must be taken with the seriousness they deserve. Evidence must be provided to the Kenyan investigative authorities.

“Kakuzi will, of course, fully co-operate in any such process – we don’t tolerate wrongdoers in our company or community.”

While British supermarkets say they haven’t yet resumed buying from Kakuzi, Tesco, Sainsbury’s and Lidl told the BBC they were monitoring the company to see if improvement in practices are made.

Mary Kambo from the Kenya Human Rights Commission says, “We’re calling upon the UK market… we’re not inviting them to do a cut and run but really to leverage on their position as a market.”

Regarding Kakuzi’s legal action, she said: “[It’s] obviously meant to re-attract the market in the UK, but I’m not sure this is the best way.

“I think Kakuzi is doing more harm than good… The communities will now speak and say we have suffered harm.”

Villagers living in and around Kakuzi farm will be watching closely to see if the financial might of foreign supermarkets can prompt real change on the ground.

Kenya Insights allows guest blogging, if you want to be published on Kenya’s most authoritative and accurate blog, have an expose, news TIPS, story angles, human interest stories, drop us an email on [email protected] or via Telegram
Related Content:  DCI Explains Why Mike Sonko Has A 'good' Conduct And Clean Criminal Record
Related Topics:
Up Next