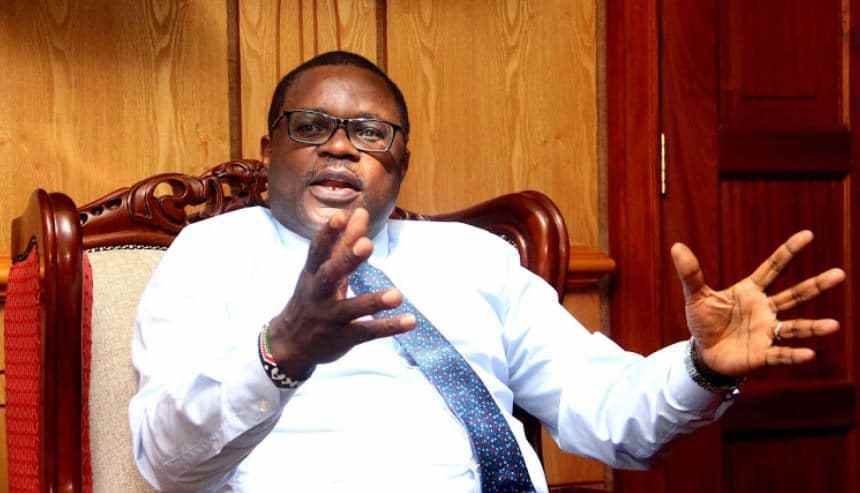 Lusaka who is famously known for the ‘Wheelbarrow scandal’ during his reign as Bungoma Governor now wants to ensure Kananu takes over the County by pushing the courts to dismiss the case which is pending judgment before the High Court challenging Kananu’s assumption of office and her planned swearing in as substantive Governor.

Lusaka who frequents Fair Acres Hotel in Karen in the company of Kananu is reportedly making phone calls to judicial officers claiming President Uhuru Kenyatta has directed him to ensure all petitions seeking to revoke the swearing in of Kananu as DG and Substantive Governor as well are dismissed.

According to sources at the hotel, the two normally leave the hotel in the wee hours of the night.

The Senate Speaker was recently paid millions of shillings by Kananu through his garbage collection firm, Wakiwa Company ltd which is alleged to be collecting garbage in Westlands area despite the company having only two lorries with one still grounded.

Lusaka now wants Kananu to be confirmed as Nairobi Governor so that his firm can continue getting the multi million shillinga tenders at City Hall. Lusaka’s daugther is also a contractor at City Hall and her firm which supplies stationery to Nairobi Couty Gov’t has also been paid millions courtesy of Kananu.

The High Court is expected to rule on LSK’s case seeking to nullify Kananu’s nomination as Deputy Governor and stop her swearing in as Governor on June 24, 2021.

Kakuzi On The Spot Over Fresh Rape Claims