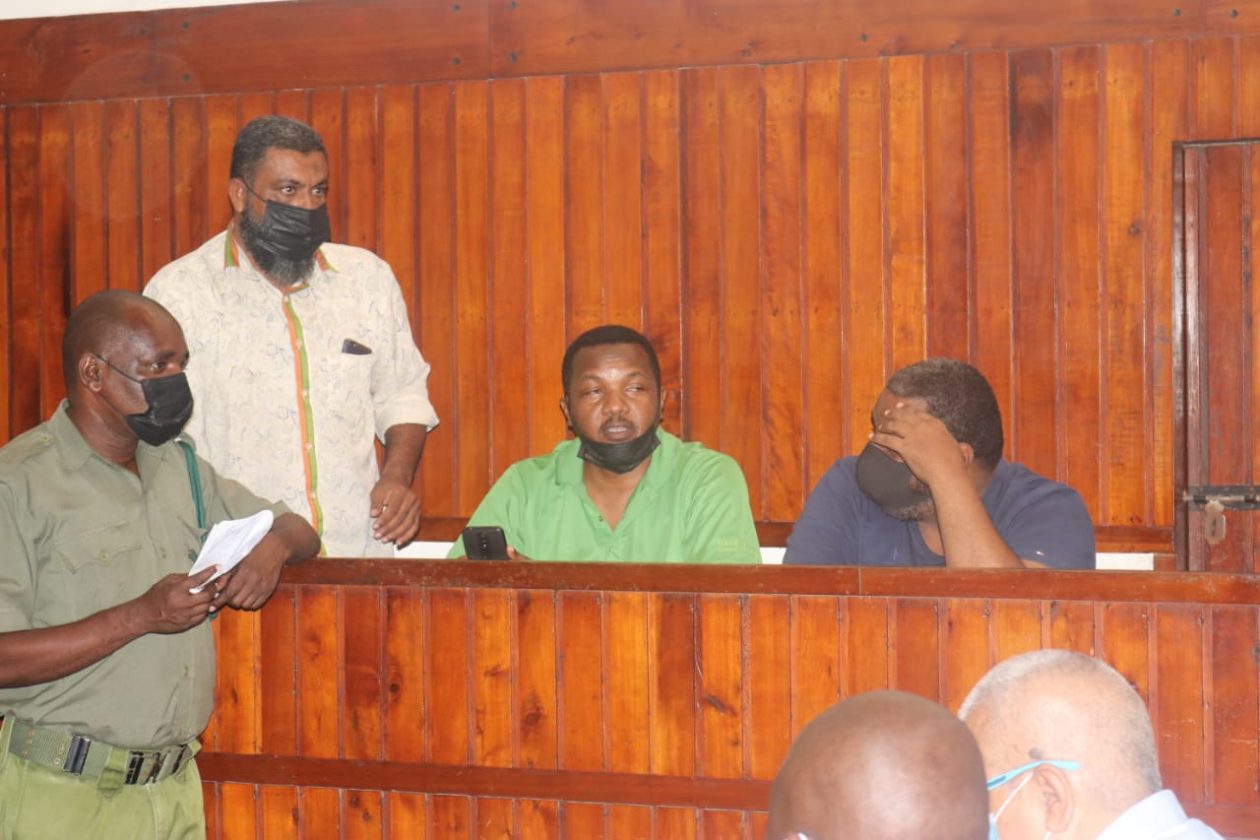 Mombasa chief magistrate Ms Edna Nyaloti ordered the businessman to pay outstanding taxes to the taxman. A fine of US$ 5,000 was also imposed on him and he faces 1 year imprisonment if he fails to comply.

The Magistrate also sentenced the Businessman’s two accomplices, Ali Mohamed Ahmed, a shipping agent, and a foreign ship-master of the MV Alfazal which conveyed the goods to Kenya, Abdulla Husen Mer, a fine of US$, 5000, and US$ 10,000 respectively or be jailed for 1 year.

The Chief magistrate gave a notice to the owner of the MV Alfazal to appear in Court to explain why the vessel should not be forfeited to the Government of Kenya.

In her earlier ruling, in the case which dragged for more than one and a half years following applications and counter applications by the defendants, the Chief magistrate noted that the evidence to confirm that the accused persons committed the offences was overwhelming.

“The under declaration of the Cargo that MV AL Fazal ferried from Zanzibar to Kilindini port is very glaring,” the Chief magistrate noted.

Ms Nyaloti insisted she was satisfied that the prosecution had proved its case against the accused persons beyond reasonable doubt.

“I find the Accused persons guilty of the offence of making a false report contrary to section 24(6)(b) as read with section 209 of EACCMA and they are convicted. I am also satisfied that the prosecution proved count 2 against the fifth accused and he is convicted for the offence of conveying imported goods contrary to section 199(b)((I) of EACCMA,’’ The Chief magistrate ruled.

In the first count, the accused, Maur Abdallah Bwanamaka, federal commercial investments limited, Ali Mohammed Ahmed ,and captain shipping agency limited were charged that on the 28th day of October 2019 at Old Port and Kilindini Ship Boarding office within Mombasa County being directors of Limited companies and limited companies respectively; unlawfully made a false report, namely Transire, in relation to cargo aboard MV Alfazal Registration number Z 1438 to wit; 1000 bags of 25kg rice and 10 tonnes of scrap metal instead of 15,045 bags of 25kgs rice and 16tonnes of scrap metal all valued at Kshs. 22,532,619/- with a tax implication of Kshs. 13,142,066/-

The second count stated that , Abdulla husen mer the 28th day of October 2019 at Kilindini Ship Boarding Office within Mombasa County, being the Master of a Marine Motor Vessel namely MV AL FAZAL registration number Z 1348 was found to be conveying Rice and Scrap metal which had been under declared vide Transire No. OCV-KLD-075-2019 in contravention of the East African Community Customs Management Act to wit; 1000 bags of 25kg rice and 10 tonnes of scrap metal instead of 15, 045 bags of 25kgs rice and 16 tonnes of scrap metal all valued at Kshs. 22,532,619/- with a tax implication of Kshs. 13,142,066/-

Related Content:  Ruto’s Linked Company, KIDL Helicopters Buys A New Chopper And His Sixth, Bell 505 The First In Africa
Kenya Insights allows guest blogging, if you want to be published on Kenya’s most authoritative and accurate blog, have an expose, news TIPS, story angles, human interest stories, drop us an email on [email protected] or via Telegram
Related Topics:
Up Next