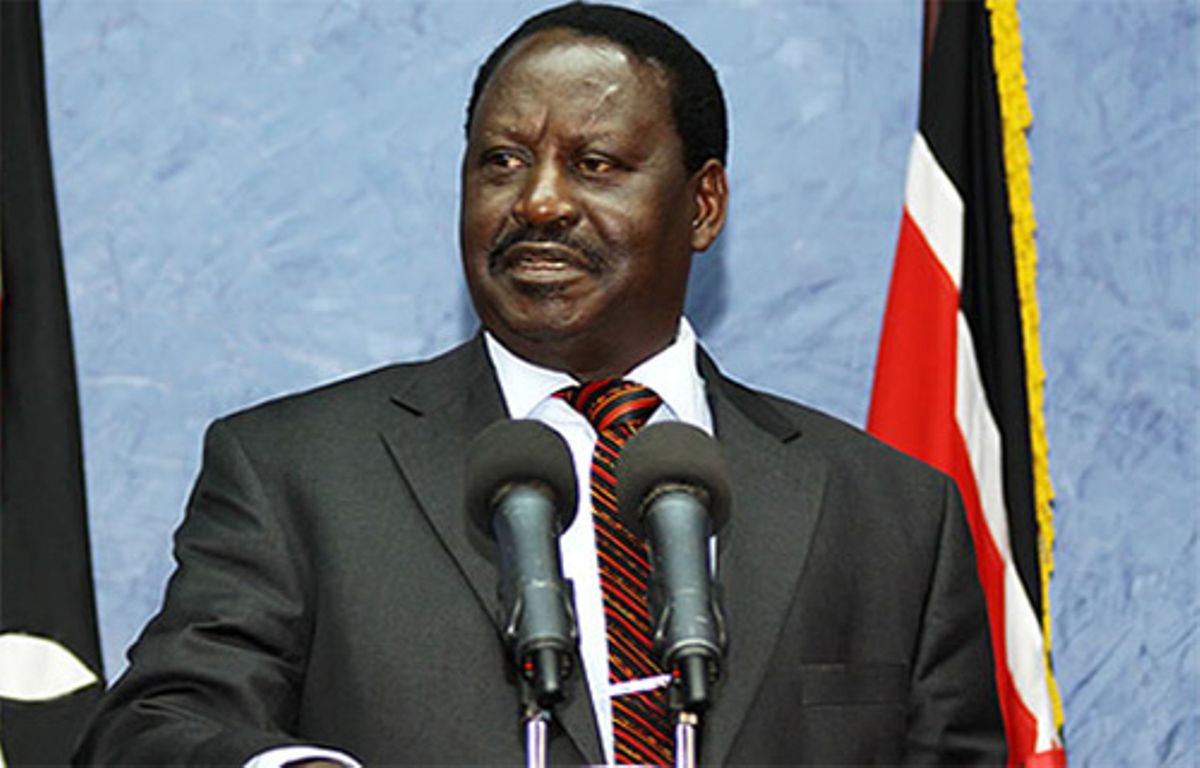 Even though not yet officially announced, Raila’s name will be on the ballot paper in the 2022 polls. The recent reshuffle of who the AU’s special envoy intends to keep beside him are also in line with his political truce with President Uhuru Kenyatta.

The former Premier through an ODM internal taskforce led by Catherine Mumma is rebuilding the once biggest political party in Kenya by shaking off chaos filled primaries that has been the main reason as to why ODM was losing seats in past polls.

Raila is also shaping his Western and Nyanza bloc inner circle after falling short of soldiers who were politically swayed and bought out from his buddies by Jubilee party some directly while others influenced through affiliate parties.

When the former Gem MP, the mouthy Jakoyo Midiwo and former Chief of staff in the Grand Coalition government Caroli Omondi ditched RAO, whose impact in Nyanza has been felt and seen, the AU envoy is now refilling the cuts.

In Nyanza, Raila is replacing Midowo and Caroli with current vocal insiders, ODM Chairman John Mbadi, and the Director of elections Junet Mohammed. The two are also leading  ODM’s campaign to repossess the Kibra Constituency seat.

Related Content:  So Just Who’s Sam Wakiaga, The Man ODM Wants To Be The Next Governor Of Nairobi

Dr Nyikal Okello, who has a vast international  connection, the chairman of the Luo Parliamentary Group, is also in Raila’s kitchen cabinet as the Secretary of Public Policy and Economic Affairs.

Raila also has former minister and now senators Sam Ongeri and the former Attorney General Amos Wako as part of his team Nyanza.

Confirming this yesterday was ODM Chair and Suba MP John Mbadi who said this reshuffles are a normal political strategy in every formidable team.

“I can tell you that we have recruited new people to our team as part of our preparations. People like Senator Sam Ongeri, Amos Wako are part of our team. We also have people from Jubilee who are now working with us,” Mbadi Said.

“That new working relationship was demonstrated in how county assemblies rejected the Punguza Mizigo Bill. You could see central and Nyanza leading in rejecting the bill. I can assure you that we will have a very formidable alliance.” ODM’s Chair added.

“Junet is not only Baba’s man in southern Nyanza, he is also a national errand boy. He is a trusted emissary. He is also a good negotiator. This is why you always see him by Raila’s side in some very difficult missions, like during the March 9, 2018 handshake at Harambee House.” said an ODM insider.

“Stop reading too much into this. I believe nobody can claim to be closer to the party leader than the other.” Nyando MP Okello replied on claims that he was included in Raila’s 2022 team.

“It is too early to speak about 2022. The strategy we may have now may change before then. As a party, we will continue to strengthen our outfit.” Junet commented on the reports yesterday.

Siaya Senator James Orengo, in a previous TV interview hinted to an Uhuru Raila alliance in the comming elections that is probably, going to happen after a referendum to change the system of governance.

“Raila wants to build a new generation of leaders in western while scheming for better things. He has stopped shooting straight from the hip and has succeed in calming the hitherto hot waters in the region,” says governance expert Joshua Orero.

“It is difficult to say who is his man in Nyanza and western. It is only guesswork. Raila does not want to burn bridges,”  Ochieng’ Obiero, a political commentator and strategist said.