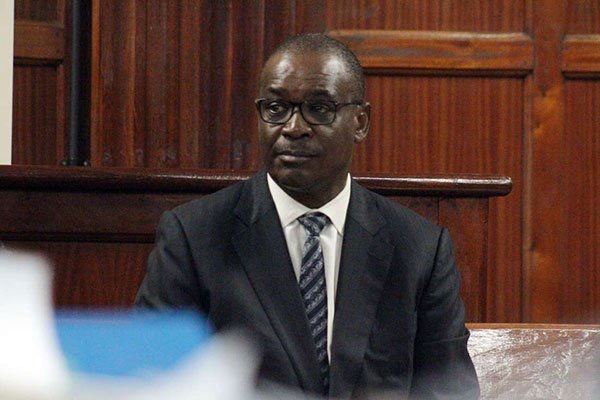 The former Nairobi County governor Evans Kidero is a lonely man. The Former CEO of the Kenyan capital has lost almost all friends his since the law caught up with him.

Kidero while in office was a socially accepted man, he was among a few governors who were generally accepted by both the ruling and opposition political sides. In the few times he appeared in court as a governor, huge crowds followed, chanting his name and offering him company and comfort in those courtrooms.

Things have however changed. Soon after leaving office and serious charges of graft and conspiring to commit fraud coming up, the pharmacist social circle started shrinking.

Politicians who used to be his shadow has since vanished, maybe because the bright old days are now behind the man who rose from the slums to become one of the most admired chief executives in the country.

He is now often seen alone at golf courts. In his last appearance in court, He was accompanied by his lawyer only.

“If you sit here with us for an hour or so and see him come in, you will see some of his friends run away or make themselves busy just to avoid him,” one of Kidero’s friend told Nation

Since his embarrassing arrest at Muthaiga golf club on August 8th, 2018, all his golf buddies have deserted him.

Kenya Insights allows guest blogging, if you want to be published on Kenya’s most authoritative and accurate blog, have an expose, news TIPS, story angles, human interest stories, drop us an email on tips.kenyainsights@gmail.com or via Telegram
Related Content:  2017 Storm Brewing, Is Kenya Ready
Related Topics:DCIKideroPolitics
Up Next