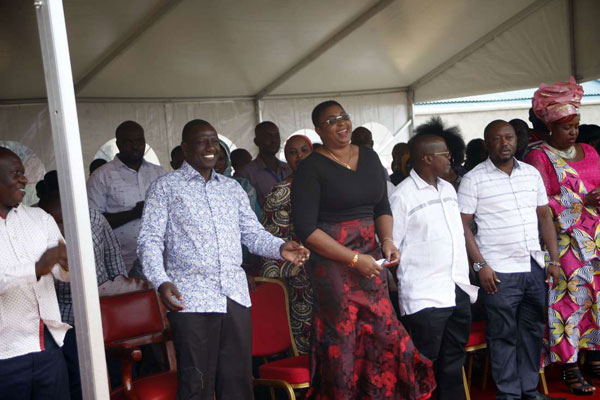 Kenya’s Coast leaders have started deserting DP Ruto and his entire Tanga tanga movement as seen in his recent five days coast tour. Top leaders from the Coast were missing in the entire Deputy President William Ruto’s visit to the region.

Initially, DP Ruto would attract a huge following of leaders at some instances he would have more than 15 MPs in a single rally but things seem to have turned out awful to his battalion as only a handful of political non-viable leaders are seen following him even as he tours the county launching government-sponsored projects.

Dr. Ruto was seen to have made inroads in the region as he enjoyed the support of several politicians, including tens of Orange Democratic Movement (ODM) legislators led by Coast Parliamentary Group chairman Suleiman Dori. In his earlier tours, the legislators would take turns to declare their support for Dr. Ruto’s presidential bid ahead of 2022 as they warmed up to him. Matters seemed to have changed on his current visit.

On Saturday, Dr. Ruto’s ally, Kwale Governor Salim Mvurya, did not participate in the DP’s tour of the county. The only MPs present were Lunga Lunga’s Khatib Mwashetani, Malindi’s Aisha Jumwa, and Lamu East’s Sharif Athman.

According to sources allied to Governor Mvurya, said that the governor failed to show up because he had not been involved in inviting the DP, and therefore felt left out.

“It is all about politics. And we are aware that the Deputy President was invited by Lunga Lunga MP Khatib Mwashetani and this might have angered the governor. The governor has endorsed his deputy Fatuma Achani, and by virtue of attending the functions could have been seen as endorsing Mr. Mwashetani,” said the source.

Another missing legislature was Msambweni MP Suleiman Dori who sources alleged that he has been missing because he has been sick for a while now.

Things are for sure not going well for the son of the charcoal-burner and a former chicken seller. Recently, His candidate in Kibra by-elections was canceled on election fraud allegations and documents forgery. Is this the way Ruto wants to handle his way into the power now?

Kenya Insights allows guest blogging, if you want to be published on Kenya’s most authoritative and accurate blog, have an expose, news TIPS, story angles, human interest stories, drop us an email on [email protected] or via Telegram
Related Topics:CoastKilifiTanga TangaWilliam Ruto
Up Next

Kidero Is A Lonely Man