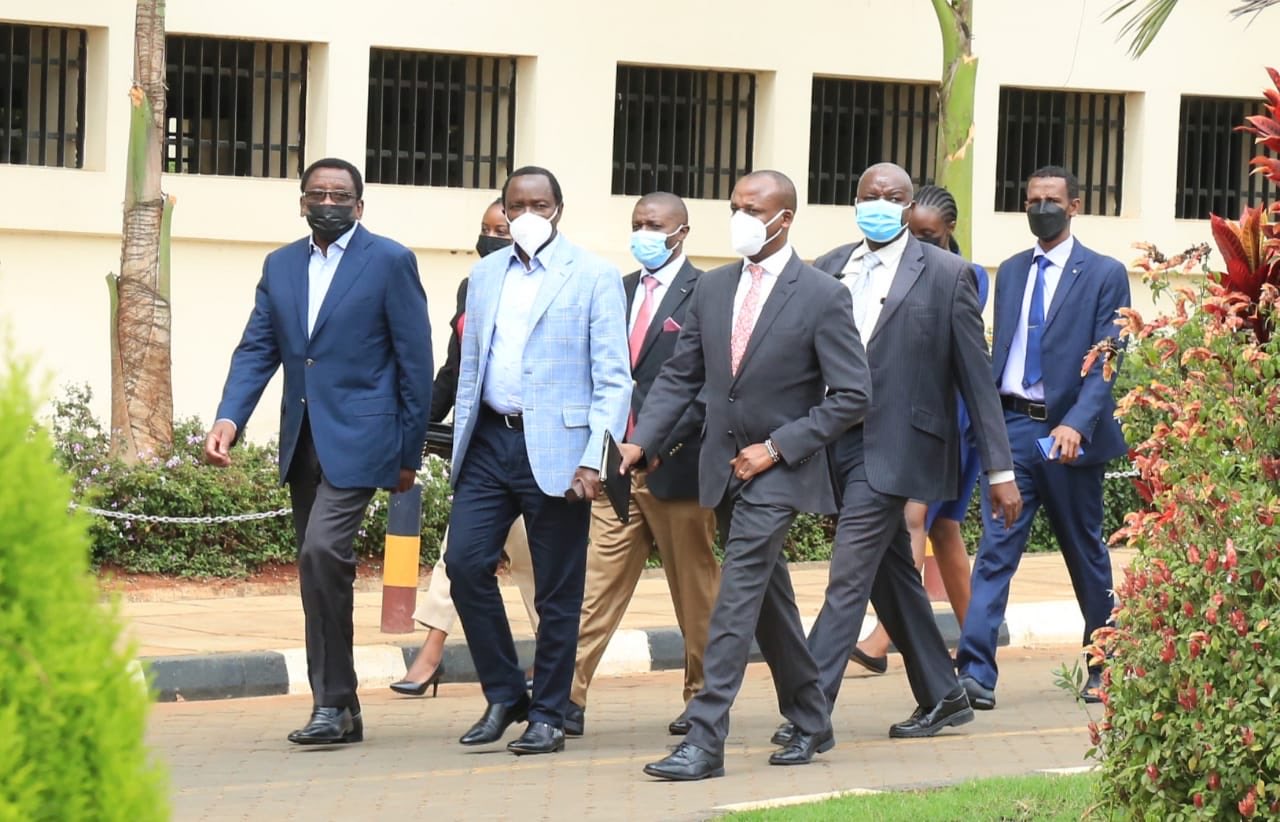 Former vice president and Wiper party leader Kalonzo Musyoka on Wednesday appeared before the Directorate of Criminal Investigations (DCI) in Nairobi where he was grilled over allegations of grabbing 200-acre piece of land in Yatta.

Kalonzo who accompanied by his lawyer James Orengo said he was summoned by the DCI to shed light on how he acquired the land in Yatta, Machakos county. The politician who had also been questioned by DCI land fraud team in January arrived at the DCI Headquarters along Kiambu Rd, Nairobi at 10.30 am said he was on a mission to clear his name after Deputy President Dr. William Ruto accused of grabbing the land belongs to the National Youth Service.

“….just arrived at the Director of Criminal Investigations accompanied by my legal team to honour the summons ……I own the land legally, the claim by the Deputy President is outrageous and I challenge him to substantiate his allegations,” Kalonzo said.

The Wiper leader who is eyeing presidency in the coming 2022 elections was blasted by DP Ruto who accused him of doing nothing to his people other than grabbing the prime plot in his rural home after decades of in government.

But in his defense, Kalonzo trashed DP’s allegations as wild and desperate propaganda, describing himself as a person of “high moral and ethical standards” without stains of corruption.

Kalonzo who worked with Ruto in Moi administration was the first to accuse the country’s second in command of corruption, citing a case where the DP was charged with grabbing land belonging to a businessman in his Rift Valley turf wher he lost the case and was ordered to return the land.

The Wiper leaders who was also accompanied by his political allies including Makueni senator Mutula Kilonzo Jnr and Makueni Mp Dan Maanzo challenged the DP to follow suit and present himself before the DCI for thorough scrutiny.

“I have nothing to hide and I today challenge the authorities to open an investigation into this matter. I am today presenting myself for a thorough investigation by the Directorate of Criminal Investigations as well as the Ethics and Anti-Corruption Commission.” Kalonzo said.

Kenya Insights allows guest blogging, if you want to be published on Kenya’s most authoritative and accurate blog, have an expose, news TIPS, story angles, human interest stories, drop us an email on tips.kenyainsights@gmail.com or via Telegram
Related Topics:DCIDP William RutoEACCKalonzo MusyokaLand grabbing
Up Next