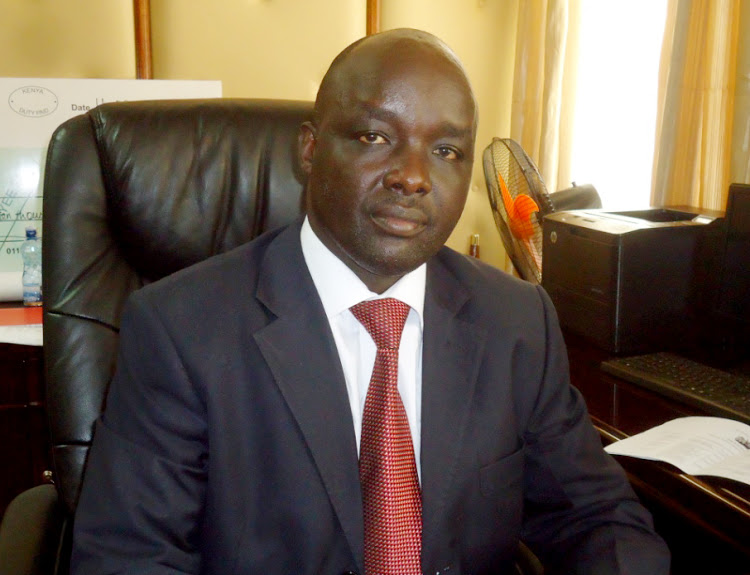 The Deputy President William Ruto is hinting at fielding former West Pokot governor Simon Kachapin to fly the United Democratic Alliance (UDA) flag in the 2022 West Pokot gubernatorial race.  Kachapin will face off with the incumbent, John Lonyangapuo and other ‘small’ aspirants.

Ruto’s choice for Kachapin is informed by the fact that the former governor is currently enjoying some growing political fortunes in West Pokot while Lonyangapuo’s popularity is crumbling.

Lonyangapuo is accused of presiding over corruption scandals in the semi-arid county with a section of his administration appearing before the anti-corruption court to answer to looting charges. He is also accused of being too authoritative and running the county without consulting with other top county officers. 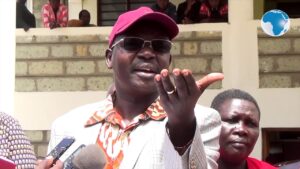 The KANU governor who appears confused over DP Ruto or ODM leader Raila Odinga might face his predecessor, Kachapin,  who is likely to use UDA as his new political vehicle next year. In 2013, the two politicians were in KANU when they ran for senate (Lonyangapuo) and governor (Kachapin) positions.

But Kachapin has remained Ruto’s man since then when Jubilee was still a coalition comprising of TNA, URP and many briefcase parties including Kanu. He was elected a governor in 2013 but was defeated by Lonyangapuo in 2017.

They are set to face-off through different parties next year but Lonyangapuo will be carrying the burden of a dismal performance.  He has failed to deliver most of his promises with only 13 months left to the next polls. 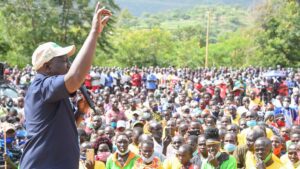 He blames his performance on the prevailing Covid-19 pandemic but Ruto whose support is sweeping across his county [West Pokot] is succeeding in luring Kachapin to abandon KANU for his ‘Hustlers Movement’ and oust Nyangapuo in 2022.
Related Content:  How UDA is turning into a gangsters' paradise

Kachapin is currently enjoying warm receptions whenever he visits the county. The growing support is also attributed to his association with DP Ruto and UDA brigade. The man who is currently serving as chief administrative in the Sports ministry is confident of reclaiming the seat he lost in 2017 when Lonyangapuo is pleading for patience.

The DP who has his eyes set on presidency recently visited Kitalakapel area where he mentioned Kachapin’s name and the crowd cheered and to cement his preference for the former governor, he later hosted MPs and MCAs from W/Pokot at his Sugoi home where he asked them to back Kachapin’s candidature.

The Sport’s CAS is relying on the infrastructure development and the construction of the Kapenguria Medical Training College, Kapenguria campus which were established during his tenure to sell his come back.

Lonyangapuo is left with a handful supporters and a track record that is tainted with unfulfilled promises, poor working relationship with other county government workers, corruption and embarrassment.

Other than the governor’s nude photos going viral across whatsapp groups and other social media platforms lin 2022, his adminstration’s water department is being investigated over a Sh300 million that was looted through ghost projects.

The EACC detectives investigating the matter raided the homes of the  county’s top officials and county government offices where they confiscated vital documents.

Kenya Insights allows guest blogging, if you want to be published on Kenya’s most authoritative and accurate blog, have an expose, news TIPS, story angles, human interest stories, drop us an email on [email protected] or via Telegram
Related Content:  Musalia Mudavadi Hires Raila's Ex Alter Ego As He Shapes Up His 2022 Presidential Bid.
Related Topics:DP William RutoJohn LonyangapuoSimon KachapinUDA PartyWest Pokot County
Up Next