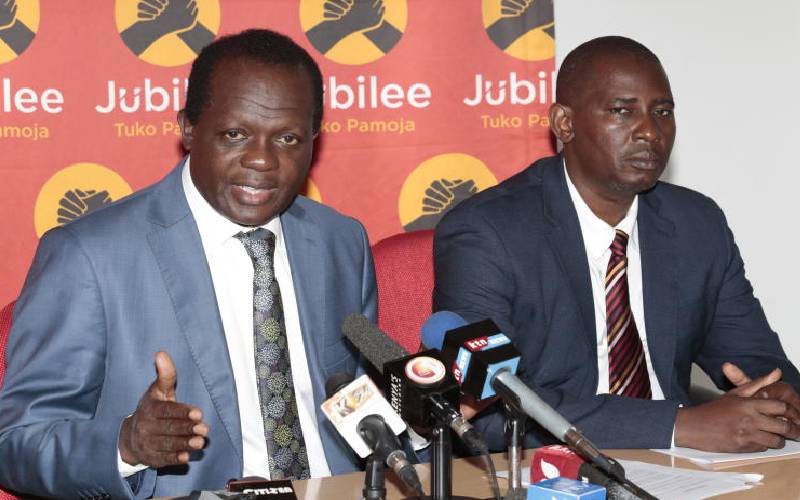 The recent loss in the Kiambaa by-election has triggered a heated blame game in Jubilee party, with top officials directing accusing fingers at the bureaucrats from the Office of the President who hijacked the campaigns and control of cash.

President Uhuru Kenyatta’s civil service advisers are said to have waged supremacy wars, took over the campaigns and bullied campaign managers during the run up to the humbling loss.

The jubilee team appeared shambolic and rudderless to effectively hit the ground to popularize Kariri Njama who was beaten by UDA’s John Njuguna Wanjiku.

A section of JP top officials claim that their team was treated as spectators during the manning of the party’s election affairs.

Officials from the office of the President were engaged in the issuance of IDs and provision of relief food which did not ogre well with the electorate.

MPs who are still loyal to the party have now piled pressure on chairman Nelson Dzuya, vice chairman David Murathe and secretary general Raphael Tuju to resign following the series of losses in Mt Kenya region. They must pave way or be forcefully kicked out .

Hon. Kanini Kega of Kieni constituency and a close ally of the president who participated in the Kiambaa campaigns is now leading the voices calling for the resignation of the top officials.

“We have to make some painful and hard decisions as we move forward. If you are a Jubilee national official and your name is not in the list, kindly submit your letter of resignation immediately before we physically eject you from the headquarters,” Kanini said. 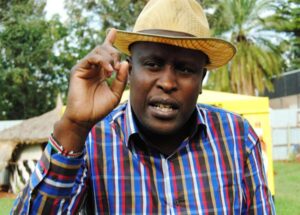 Kega was supported by Laikipia Woman Representative Catherine Waruguru who admitted that the ruling party is also faced with mistrust like NASA alliance.

Waruguru has announced that she is on her way out of Jubilee and she is expected to join UDA party where many politicians from Mt Kenya region are trooping to.

Joseph Mathai who is the the Jubilee regional coordinator for Kiambu and Murang’a counties also added that senior civil servants from the Office of the President mistreated party officials during the Kiambaa campaigns as they kicked out some from the office.

“You can imagine that being the guy in charge of that region, I was never involved in that campaign so when somebody points a finger at me I think they should be checked,” Mathai told local media.

He further explained that the same bureaucrats also bungled the Juja parliamentary by-election which was won by Moses Kuria’s People Empowerment Party candidate.

“We blame the losses on the people who went there and excluded the Secretary-General and his experienced directors who had come from the merged 12 political parties. Our track record is simple, if anybody wants to know how capable we are, we delivered 2013 and the much-contested election of 2017,” Mathai added.

It has also emerged that Jubilee settled on fielding Njama after their intelligence reports identified him as the most popular candidate who would shield Jubilee from the blazing UDA.

But Njama had over the time been a close ally of Deputy President William Ruto who owns UDA party. He hosted Ruto in Kiambaa in February against the wishes of the Jubilee party bosses.

Njama was actually eyeing the UDA party ticket before the untouchable bureaucrats coerced him to fly the Jubilee flag.

He was beaten by UDA’s Wanjiku who garnered 21,773 against his 21,263 votes, serving another bitter loss for President Uhuru Kenyatta in his backyard.

This is the President’s second loss in his home county after George Koimburi of PEP beat Jubilee’s Susan Njeri in a Juja held in May. Koimburi was supported by DP William Ruto.

Kenya Insights allows guest blogging, if you want to be published on Kenya’s most authoritative and accurate blog, have an expose, news TIPS, story angles, human interest stories, drop us an email on [email protected] or via Telegram
Related Topics:Jubilee PartyJubilee purgeKiambaa by-electionsUDA Party
Up Next