United Democratic Alliance is fast becoming the party to beat as race to succeed Kilifi governor Amason Kingi takes shape. The party linked to the Deputy President Dr. William Ruto has already identified the fiery Malindi MP Aisha Jumwa as its favorite candidate to take over from Kingi who will retire in August 2022.

Jumwa joined Ruto’s camp after ditching ODM party which sponsored her to parliament in 2017. She is facing criminal charges but still remains the candidate to beat after other aspirants including former Labour CS Kazungu Kambi and Kilifi North Mp Owen Baya chickened out.

Kambi who was appointed the board director at National Land Commission is now contemplating going for a parliamentary seat after debate heightened on academic qualifications. Other than questionable educational background, Kambi is also financially limping to fund a gubernatorial campaign. 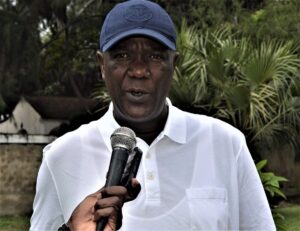 Jumwa, the self professed iron lady of Kilifi politics has obtained a leadership and governance degree from the Jomo Kenyatta University of Agriculture and Technology.

Kambi who once served as Kaloleni Mp will keep off a male dominated race that has also attracted Devolution CAS Gideon Mung’aro, Kilifi speaker Jimmy Kahindi, Amb. Dan Kazungu, Magarini MP Michael Kingi, former Kilifi agriculture chief officer Baha Nguma and Dzombo Mbaru. The current Kilifi senator Stewart Madzayo who was elected on ODM ticket has also kept the electorate guessing if he will elevate himself to the county’s top seat or not.

Jumwa only sees Mung’aro and Kazungu as possible threats but considers Kahindi an underdog who must be wished away. Both Mung’aro and Kambi who had unsuccessful runs in 2017 when they garnered 54,547 and 44,470 respectively against Kingi’s 218,686 votes.

The vocal lawmaker has bagged Kilifi North’s Owen Baya who has been associating with UDA openly and supporting her quest to be the next governor of Kilifi County. Baya will defends his parliamentary seat as ODM remains desperate to field Mung’aro who ditched them for Jubilee in the run up 2017 polls. Both Mung’aro and Kilifi county assembly speaker are desperate for Kingi’s endorsement to take on Jumwa.

Kenya Insights allows guest blogging, if you want to be published on Kenya’s most authoritative and accurate blog, have an expose, news TIPS, story angles, human interest stories, drop us an email on [email protected] or via Telegram
Related Topics:Aisha JumwaKilifi 2022UDA Party
Up Next