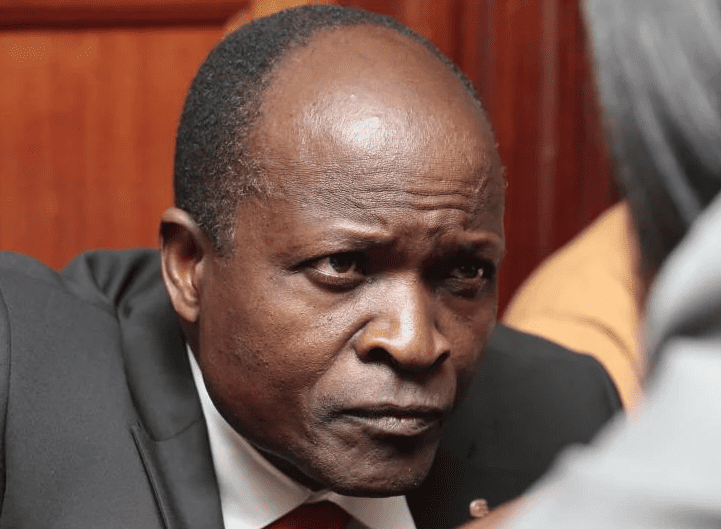 Ethics and Anti-Corruption Commission (EACC) now claims Migori Governor Okoth Obado looted Sh2.6 billion from the county government coffers during his first term in office.The details emerged yesterday before the Anti-Corruption Court when the Commission through its investigator Robert Ronoh, who was testifying in the graft case facing the governor, his four children and 11 associates presented its case.During his testimony, the officer said the Commission in 2017 received a complaint from an unnamed informant over misappropriation of funds amounting to Sh2.6 billion paid to 23 companies. However, the Director of Public Prosecutions (DPP) has charged the county boss with embezzlement of Sh73.4 million.“We received information from the intelligence department of the EACC that there was misappropriation of public money at Migori county government where by companies that are associated with Obado family members were awarded tenders to the tune of Sh2.6 billion between the financial year 2013-2014 to 2016-2017,” Ronoh said.Trial magistrate Lawrence Mugambi heard that following the huge amount of money involved, the complaint was forwarded to the commission intelligence for further investigation and action.The investigating officer claimed the 23 companies of interest were registered a few months after the 2013 General Election when Obado was elected as governor.Ronoh said the companies are linked to family, friends and close associates of the governor. The officer told the court that the governor and his proxies benefitted from Sh2.6 million from 23 trading companies which were awarded various tenders by the county government of Migori.Being led in his evidence-in-chief by State Counsel Eva Kanyuira, Ronoh informed the court that seven of the companies are associated with businessman Jared Peter Kwaga, an associate of governor Obado.Safety He took the court through a payment schedule listing the companies in questions and amounts each received from the county government which was generated from the Integrated Financial Management System( IMFS) during initial investigations in the matter.The court heard that among the 23 firms that received the billions of shillings included Atinus Services whch is associated with the seventh accused person Kagwa which received Sh122,819,987 for the period between December 17, 2014 and May 15, 2017.Ronoh told the court that their efforts to gather documentary evidence in the graft case were frustrated by the County Secretary Christopher Rusana, who delayed in supplying the request for the documentary evidence. He said the investigations narrowed down on several companies to proceed with speed and focus on specific companies that were related to Kwaga which were owned by him, his boss, brothers, mother, and sister in law. However, the officer was stood down after the defence team objected to have him produce in court some documents on how the firms were incorporated.Defence lawyers led by Kioko Kilukumi and George Kithi opposed to Ronoh documents saying that the they do not have the same. This prompted the magistrate to postpone the case to Tuesday next week and order the defence lawyers to file a formal application on the issue of documents.

Related Content:  Evelyn Obado secretly employed at Migori level 4 Hospital
Kenya Insights allows guest blogging, if you want to be published on Kenya’s most authoritative and accurate blog, have an expose, news TIPS, story angles, human interest stories, drop us an email on [email protected] or via Telegram
Related Topics:Ethics and Anti-corruption Commission (EACC)Governor Okoth ObadoMigori County
Up Next