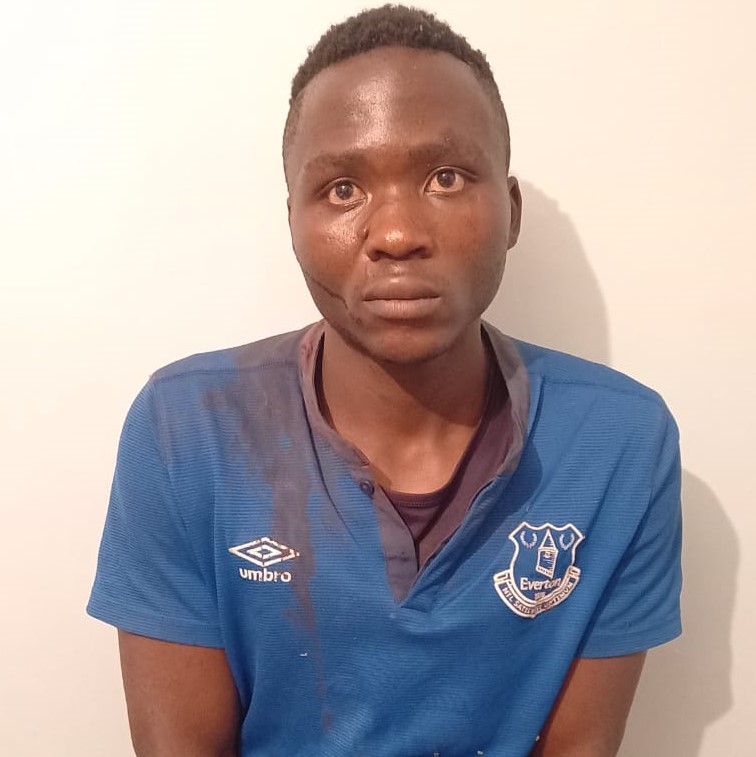 A day after he mysteriously escaped from police cells at the Jogoo police station in Nairobi, self-confessed serial killer Masten Wanjala has been killed.

He was lynched by an irate mob more than 400 kilometers from Nairobi, right in his maternal home in Kabuchai, Bungoma County.

Just like questions abound as to how he escaped, it is also not yet clear how he travelled to Bungoma undetected.

He had been detained at the station for a month, pending the conclusion of investigations, and was scheduled to take a plea on Wednesday- the day he was found missing.

Some of those who identified him as a wanted man later trailed him to his home where they lynched him.

Area Assistant County Commissioner Cornelius Nyaribai said that the suspect was flushed from his parent’s house and lynched by a mob.

“We don’t encourage mob lynching but we can confirm the suspect was trailed by a mob and killed,” he said.

Bungoma head of DCI Joseph Ondoro said locals had confirmed Wanjala’s identity. But he said they will take his fingerprints for further confirmation.

“We have picked his fingerprints for further clarification. But locals have identified the body,” he said Friday.

Viral videos show the suspect being dragged out of the house by an irate mob that proceeds to beat him with clubs and stones.

Three police officers who were on duty have since been arrested and presented in court over the escape.

They are due in court on October 15 for a ruling on an application by the prosecutors to hold them for 2 weeks, to allow detectives to conclude their investigations on how he escaped.

They are likely to be charged with aiding the escape of the suspect and negligence of duties.

It emerged Wanjala who had been at the station for close to a month escaped after police arrested tens of suspects over Covid-19 pandemic rules and mixed them with those who were in custody.

And as the officers sorted the suspects by releasing them, Wanjala who seemed to have learnt their trend walked out.

He disguised as one of the petty offenders and handed the officers an unknown amount of money he had before walking out as others on Tuesday night. But where did he get the money from?

It was until Wednesday morning that officers realized he was missing.

He is said to have traveled to his home immediately. He later joined a football match the following day assuming all was well.

He was to take plea over the murder of three children on October 13 when he escaped, police said.

Wanjala had confessed to killing 12 children when he was first arrested in July this year.

He told police that he had kidnapped and killed at least 12 children in four years in Nairobi, Machakos, and Bungoma counties. So far, police have recovered five bodies.

Wanjala’s cousin was also arrested over the killings.

He confessed to having lured his victims and killed them before dumping the bodies at various places after posing as a football coach.

The suspect was arrested in July 2021 after he tried to obtain money from the parents of one of the children he had already abducted and killed.

Kenya Insights allows guest blogging, if you want to be published on Kenya’s most authoritative and accurate blog, have an expose, news TIPS, story angles, human interest stories, drop us an email on [email protected] or via Telegram
Related Topics:Kenyan serial killerMasten Wanjala
Up Next

LSK Sides With DPP In The Feud With DCI