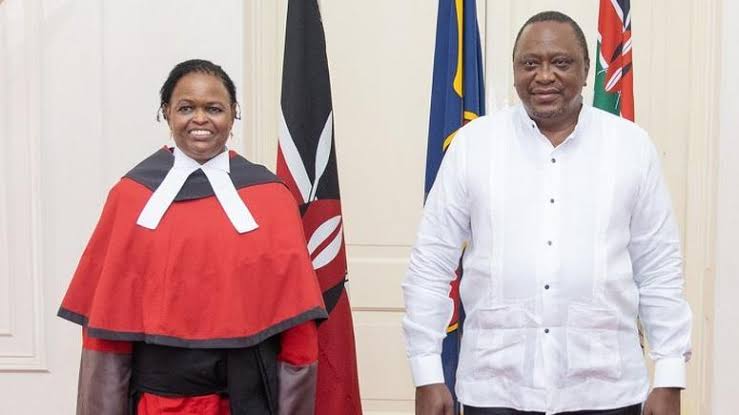 Unofficial list of judges that will hear the BBI appeal case have been laid out and its just a matter of time by Tuesday 29, June next week – the list herein will be made official by the President of court of appeal Justice Musinga.

This list elucidate the deliberate move earlier on by Chief Justice Martha Koome to reshuffle court of appeal judges by transfering ‘the liberals’ out of Nairobi station and transfering inn “state conservative” to be based in Nairobi and of whom will make the much anticipated 7 bench judge to hear annuled BBI by High court.

From expeditious swearing inn of the 34 judges, the swift reshuffle of Court of Appeal judges was a move wantonly done in preparation to the BBI appeal hearing that lies ahead – so as have the best dancers to dance to the tunes of BBIs reggae and the Executive in the appellate court.

Justice Gatembu Kairu transfered to be the Presiding Judge in Mombasa together with Lady Justices Pauline Nyamweya and Jessie Lesiit in the new reshuffle.

In the 5 bench high court judges who included Justices Joel Ngugi, George Odunga, Jairus Ngaah, Teresia Matheka and Chacha Mwita – ruling on BBI, the High Court had found that the President acted in excess of his powers and contravened the Constitution, in particular Chapter Six, when he initiated and promoted a constitutional change.

The five-judge bench, in a judgement that was read virtually for more than four hours, said the 14-member BBI taskforce and the steering committee led by former Garissa Senator, the late Yusuf Haji, was an illegal entity.

The bench led by Justice Joel Ngugi said the President made a fatal legal mistake in attempting to change the Constitution through a popular initiative, an avenue that is not available to him.

“He should have used parliamentary initiative by petitioning the National Assembly through the Attorney-General to consider the desired amendments,” the court ruled.

They described the BBI process as “a presidential initiative guised as a popular initiative,” and allowing it to be sustained amounts to having the Head of State as promoter and referee of his own initiative.

Appointment of the 34 Judges.

Those who took the oath of office were seven judges heading to the Court of Appeal, 10 to the Environment and Land Court and 18 others to the Employment and Labour Relations Court.

JSC had recommended the appointment of 41 judges in August 2019 but one died in a road accident last year 2020.

President Kenyatta, however, appointed 34 judges leaving out justices Joel Ngugi, George Odunga, Weldon Korir and Aggrey Muchelule, all currently serving as High Court judges and who were to be promoted to Court of appeal.

He deliberately rejected George Odunga, Prof Joel Ngugi who would sabotage his appeal case on promotion to the court of appeal.

He also rejected Evans Makori and Judith Omange Cheruiyot, who had been recommended for the Labour Court.

The Court of Appeal is required to have 30 judges but currently has 13 judges, following the retirement of some judges and promotion of others including justices Koome and William Ouko, who were elevated to the Supreme Court.

Experts have always complained and its no longer a rocket science that Court of appeal is the weakest link in the judicial system in Kenya that filibusters the justice system in this country.

The High court stands on firm ground and fights through thick and thin as Liberals to protect the law and constitution  but the Executive enjoys the allegiance of the court of appeal.

The Executive no longer feels endangered with court orders and treats them as tissue papers, the Executive are proven guilty of contempt of court orders every time but are no longer worried as they have link attached to the weakest link court of appeal where they seek refuge and enjoys massive support.

CJ Martha Koome was handpicked to head the Judiciary and we all know that, even herself knows that, and all we expect is her to dance to the tune of the Deepstate that handpicked her.

Through her, the Executive will triumph, BBI will sail through unconditionally.

Kalonzo, Kibwana to face off in village politics