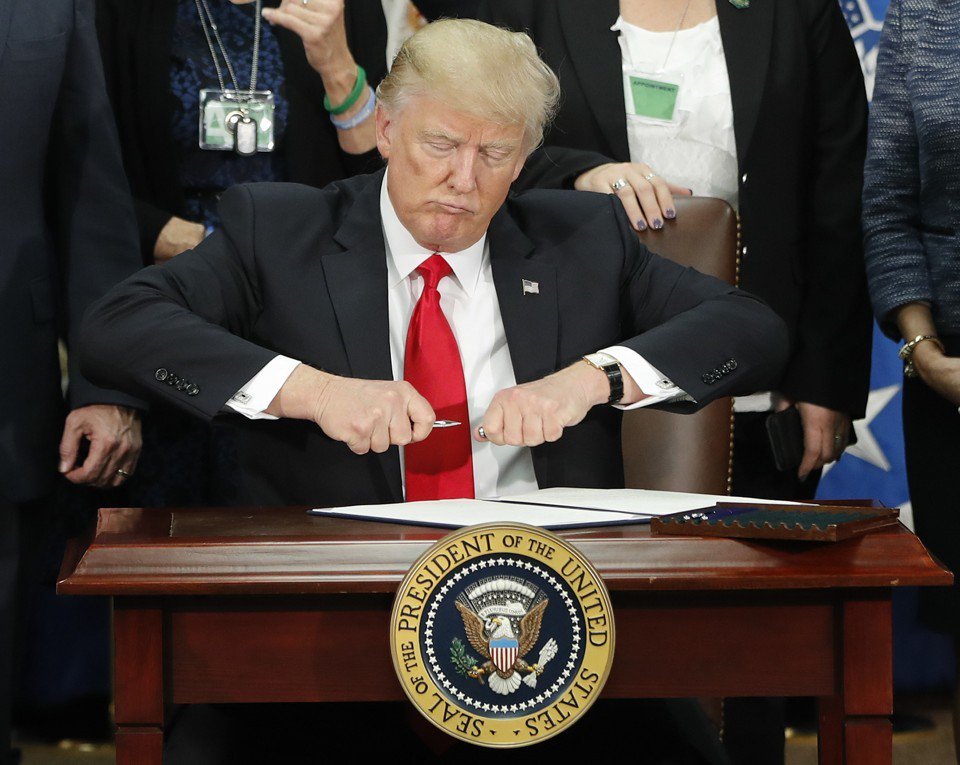 The year 2016 saw fundamental tectonic shifts in the political landscape in Europe and America. First was the UK vote on the EU membership. It will be remembered that during his campaigns in January 2013, David Cameron had pledged in his manifesto that if the Conservatives were to win the then elections, he would hold a referendum on the EU membership. He said “the British people must “have their say” on Europe in/out referendum.”

Upon winning the elections, he said “It is time for the British people to have their say, It is time to settle this European question in British politics. I say to the British people- this will be your decision.”
David Cameron might have been on a fishing expedition, but what he did not know was that eurosceptic within the rank and file of the United Kingdom had risen phenomenally. The European Union membership referendum was consequently held on Thursday, June 23rd, 2016, and the result is what became to be known as Brexit. As we speak today, UK is no longer a member of the 28 member country union, on account of a referendum result of 52% for ‘out.’ Britons voted to stay out of the EU despite the risk of facing isolation in trade, immigration, diplomacy and probably geo- politics.

The referendum produced instant political rock stars like Nigel Farage of the Independence party, who was a lead trumpeter in the left campaign. What followed was an abrupt end of David Cameron’s political career, resigning as Prime Minister, Leader of the Conservative Party, and Member of Parliament in Oxfordshire. He poignantly said, “The will of the British people is an instruction that must be delivered.”
Cameron had embarked on a calculated gamble aimed at silencing eurosceptics in his party, but it turned out to be his Waterloo. Theresa May is now steering the wheels of steel as Prime Minister, trying to actualize the will of the British people.

As all this hullaballoo was happening in the UK, another superpower on the West side of the Atlantic was about to rewrite its history. The US was embroiled in aggressive presidential campaigns at the dawn of Obama’s eight-year presidency. November 8th, 2016 was the d-day, and everybody in the world believed that Hillary Clinton was going to beat Donald Trump. So fierce were the campaigns that President Obama once referred to Trump as ‘’a home-grown demagogue”, jesting that “America was already great” (About Trump’s slogan of “Make America great again”)

What the world failed to capture were the voices of “Rural America’ and the aspirations of the “Silent Majority.” Donald Trump and his supporters prevailed in the November poll, despite at one point being described as “a basket of deplorable comprising of Racists, sexists, homophobic, xenophobics, and Islamophobes.”

The two events in UK and US brought to the fore an emerging global trend of territorialism and politics of self-preservation. Global superpowers are slowly crawling back to isolationism. They have thrown all caution to the wind and decided to listen to their citizens who want more to do with themselves and less to do with the world. Most think market liberalization, open borders, etc., are more of a curse than a blessing. Trump has said its time to hire American and buy American. The UK has shown it’s more comfortable by itself than the company of EU. The first world has become self-absorbed.

Africa must consequently follow suit. She must take some time off the world stage to do some basic housekeeping and ruminate on its posterity.
Stagnated industrial development, sluggish economic growth, debilitating levels of poverty, high-level corruption, the challenge of epidemics and pestilences, a feeble global trade agenda, an ever elusive unity of purpose are just but a brief mention of the challenges awaiting Africa to resolve.

All these challenges come against a backdrop of a continent that is second largest and second most populous. Africa boasts of having the youngest population at a median of 20 years, against a world average of 30.

Africa has not been able to forge an identity or a reputation. The white colonialist may have left our farms, but he never left our minds. Africa must act selfishly for once, look inwards, sort out its challenges, before presenting a new look to the world

A Blessing In The Form Of Jailing Doctors