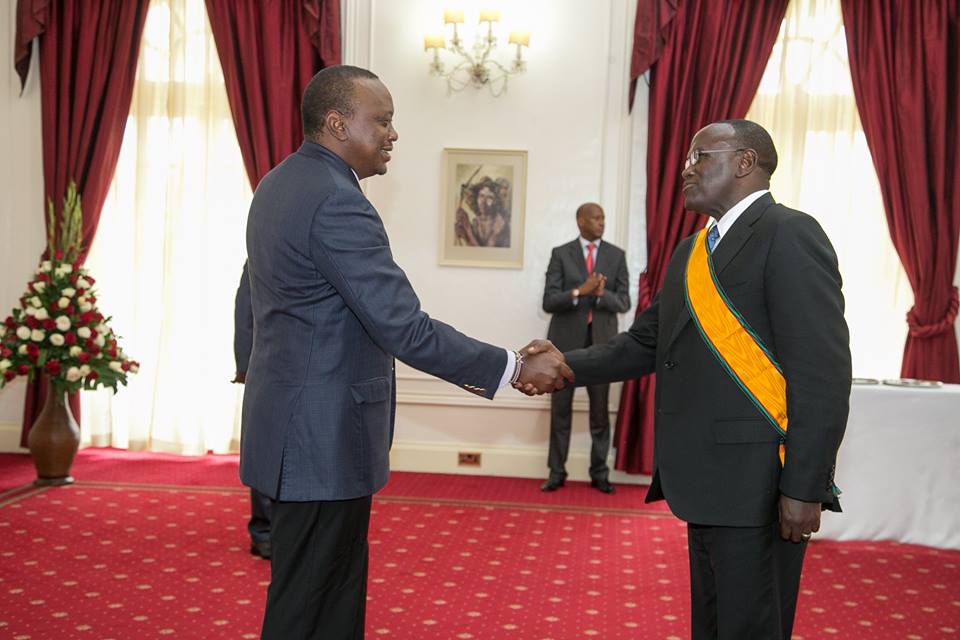 The doctor’s strike is getting into it’s 5th week with a total public healthcare freeze throughout the country and the administration stuck in cat and rat games with doctors leaving the poor Kenyans to keep burying their loved ones. The majority of Kenyans given poverty index are reliant on public health services and a closure of the same quickly translates into investments nation.

Doctors have stood their grounds of 100% implementation of the CBA that the government signed but have taken a turn around to dishonour. Apart from 300% salary increase, the CBA have with it beneficial cranes that would spruce the medical state in public hospitals. These include; More doctors to be employed to ensure more access by the public. The necessary drugs, medical supplies & equipment to serve Kenyans better. Better Remuneration of Doctors – More doctors available all the time at a public hospital near you (Less brain drain regarding doctors leaving for greener pastures).

With an open laxity and feet dragging by the government to end the doctors strike. A theory being advanced into factual state indicates that the doctors might have played into the hands of the system’s prayers. Prolonging the strike, demonizing the doctors while painting public healthcare as mediocre giving private providers a milestone in the market.

Khawar Mann of the Abraaj Group, an investment firm based in Dubai that specializes in developing markets, saw something else while at the Metropolitan Hospital in Nairobi, Told NYT in an interview that “Nairobi is a sweet spot for us,” he said. “You have emerging middle incomes. And there is a massive need for health care.” Just when Jubilee got into power, President Uhuru presided over a 2B ground breaking of a modernised Nairobi Hospital  health facility with the then CEO and now a CS, Dr.Mailu. First lady Margaret also presided over several alike projects. It was indeed a wet dream expecting Mailu handpicked from the exploitative private healthcare world to perform miracles in streamlining public healthcare instead of advancing the corporate health agendas. No wonder he’s less committed in bringing to an end the crisis.

Below screenshots of article on Statehouse website that has since been deleted reporting on First Lady launching yet another Private Hospital advancement.

As Ahmed Tawakal a Health Management expert notes, the scheme is to kill the public healthcare system in the long run. He goes that The current impasse between doctors and the government over the implementation of the 2013 collective bargaining agreement (CBA) may seem like a normal industrial action that is taking longer to resolve. But at its core the lack of effort to stop the deterioration of services in government health facilities due to the strike should have alarm bells ringing as to the potential for complete collapse of the public health system.

There has been a slow but steady investment in healthcare by several multinational companies and even investment by proxy by the IMF through the International Financial Corporation(IFC).The aim of the investment by the multinationals and venture capitalists is maximizing profits in the chosen ventures. This investment can only have maximum returns if a greater proportion of the population utilize the services of the for-profit healthcare providers and a nudge towards this can only come from the inaction to solving an industrial dispute pitting doctors and government run facilities.

The resulting vacuum generated by such inaction will result in an acceptability of greater privatization of even essential services that are currently available in public hospitals. Several private equity firms have in the recent past made in-roads in acquiring local stakes in local medical facilities such as Metropolitan Hospital, Goodlife pharmacy chains, and health insurance companies. These investments and also in for-profit social franchising models targeted towards the low-income communities of the slums and rural areas will be the greatest beneficiaries of a collapsed. Non-Welfare health system.

Related Content:  Why BBI Appeal case will sail through and with the help of CJ Martha Koome.

The returns from greater private insurance coverage, greater uptake of private services and increased importation of pharmaceutical and medical equipment shall tilt the curve to benefit repatriation of profits.
The government will almost robotically be willing to go along with the experiment as it will be rid of the high payroll expense of doctors and specialists who would be expected to join the consortiums that will be formed to protect their interests. This will reduce the government expenditure on health as a percentage of GDP well below 3% and ensure absorption of the difference by more politically expedient causes.

The government will even go to the extent of marketing a pro-poor medical insurance scheme under NHIF in the guise that it would reduce financial burden through pooling of resources and would allow the bottom of the pyramid (slum dwellers) to access care at the social health franchises after an enrolment fee and a few other jargon that will be added to confuse them. The new system will almost certainly be touted as a success based on a successful US or Indian model. What won’t be divulged is that the US healthcare system has the worst per capita efficiency and quality of care among OECD countries.

With this information, all will proceed so fast that we will find ourselves with a predominantly private health system modeled on the US system. The system will, however, be a success to the shareholders and venture capitalists that will get maximum returns on investment. Already there are counties that have had initial contact and alliances with private healthcare entities to set up base in their areas, allocated huge chunks of land to the private healthcare providers and thus it’s only a matter of time before the process is full completed and the vision realized.

Related Content:  Possible Implications On Burundi Pulling Out Of ICC And Lessons From Kenya

The desperation of the doctors and need to succeed in their chosen field will also force them to either join the growing private care provision or force them to seek greener pastures in foreign lands. Either ways its win-win for the private system and a great loss for the country.

My plea is that we reform our health system to have a more robust, resilient public health system with sustainable healthcare financing model that does not take us the United States way. Several studies including some from The Commonwealth Fund have found that public, tax-funded health systems have ensured greater access to care for the populace and better outcomes than other systems.

Studies have also shown that a dollar spent on healthcare by the government has an impact in raising the GDP of that country. Therefore we need a re-think of leadership and governance of health system in the country and entrust it to individuals and structures that cater for the greater good and ensure equitable, sustainable, affordable and quality care to all. The British created the National Health Trust (NHS) from the ashes of World War II and it’s a model we could borrow a leaf from taking into consideration local variation and shortcomings of the NHS.