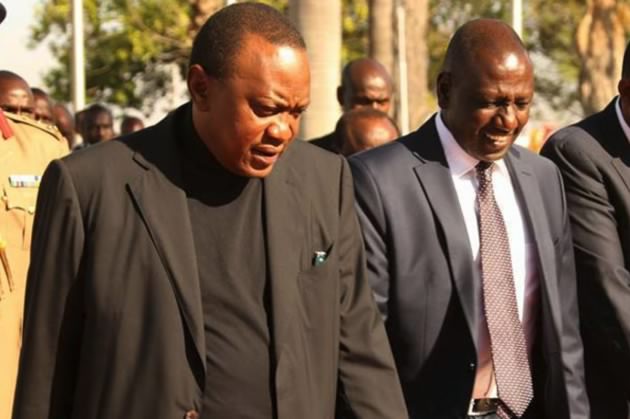 In the sentence CSJN 2/03/2011, the Argentinian Supreme Court of the Nation equivalent to Kenya’s Supreme Court, in the case of “Editorial Perfil S.A. versus the National Government” where the former is alleging a State discrimination in the distribution the media house when it comes to the distribution of the Government publicity tenders. In the mentioned case, the Supreme Court ordered the Head of the Cabinet equivalent to Kenya’s Chief of staff and Head of public service, to elaborate an official guideline (legal document) giving clear indications on the principles and rules to be followed on the distribution of Government publicity policy contracts.

It is a known fact that media industry in many developing countries like Kenya have as their main source of income the money that comes from the adverts, with the bigger part of it coming from the Government. In the same manner, Governments like ours knows this fact quite well and will always use it to check on the media coverage by influencing the editorial line of given media houses in search of a favourable coverage. In such a scenario, the independence of the media is put into question which automatically leads to issues related to the freedom of the press and the right to equal access to contracts and business.

When one hears that the UhuRuto Government has all over sudden realised that they are spending a lot of money in adverts in the main stream private media houses, hence the urgent need to control this spending. On February 8, the Jubilee Government which of late is having a lot communicational blenders which in turn has affected the public opinion towards the government, have through memo directed to all the Government departments and agencies to stop advertising with private media hence forth and in place of the private media, the UhuRuto Government has created My Gov which is a publication for ‘free’ distribution to the Kenyans.

A copy of My Gov newspaper

Let facts be said once and for all that this kind of actions which are more politically influenced and not for the general good of the country, only serves as stimulant to our already tribalistic and discriminative State, where a small click eat the meat while the majority only have got their nose to get the smell. UhuRuto and their political advisers must be told that this kind of arbitrary and discriminative distribution of the Government adverts using the Kenyan people taxes, is simply another mechanism to indirectly censure the media at a time the Jubilee and their presidential candidate pair are having serious backlash on public confidence.

Related Content:  The Effect of Electoral Boycotts: Going Forward, We Are Now Hostages Of Fortune And Why Negotiations Between Raila And Kenyatta Is The Only Way Out.

When the Government like ours, uses the State adverts as carrots to the media in order to force them to give a ‘good’ coverage to the State, which in Kenya means the media must stop investigating corrupt deals within the government, then at the end of the road, it is Kenyans who will be suffering with the a clear violation of our fundamental right to information being infringed on. The Government of Jubilee should not be allowed to go away with this undemocratic and unjust decision. The State’s adverts cannot be distributed under the principle of ‘trophy o punishment’ with the objective of conditioning the editorial line of a given media house as per the wishes and tastes of the ruling elite.

The mechanism of indirect censure like the one given by Chief of Staff and Head of Public Service Joseph Kinyua through the Government internal memo is always hidden behind an apparent exercise of legitimate faculties or cause, like the need to control the Government expenditure. This kind of ascenario presents serious legal problems given that it is not very easy to distinguish with exactitude the separating line between a legitimate exercise of ones functions and the illegitimate restriction of other’s basic constitutional given rights.

From this perspective and without being a lawyer nor a law student, I believe that UhuRuto Government media advert ban can easily be considered as violating the Kenyans’ right to freedom of expression and access to information. At the same time, the Government of Jubilee, is discriminating other private media houses while favouring some. Either the policy applies to all in equal terms/effect or it will simply be considered as retaliation and discriminative act. The government publication MY Gov though is freely circulated to the Kenyans, its circulation is done through The Star and the People Daily newspapers, which themselves are privately owned media houses. So why this discriminative action from UhuRuto administration? What did the other privately owned media houses do to warrant this punishment?

Related Content:  James Nyoro Sworn In As Kiambu Governor What Next For Waititu

Under these circumstances, one has no option but to conclude that:

I think that with this kind of political and election oriented decisions and policy, there is need for a serious discussion on two important aspects with the view of strengthening our democracy.

Please Kenyans, media and UhuRuto Government, I invite you that together we reflect on the words of the Former Brazilian President Dilma Rousseff when she said “I prefer the noise of a FREE MEDIA to the silence of the dictator.”

This article expresses the author’s opinion only. The views and opinions expressed here do not necessarily represent those of Kenya Insights or it’s Editors. We welcome opinion and views on topical issues. Email: [email protected]

A Radical Dissection Of The Nairobi Gubernatorial Politics, The Power Games In Play