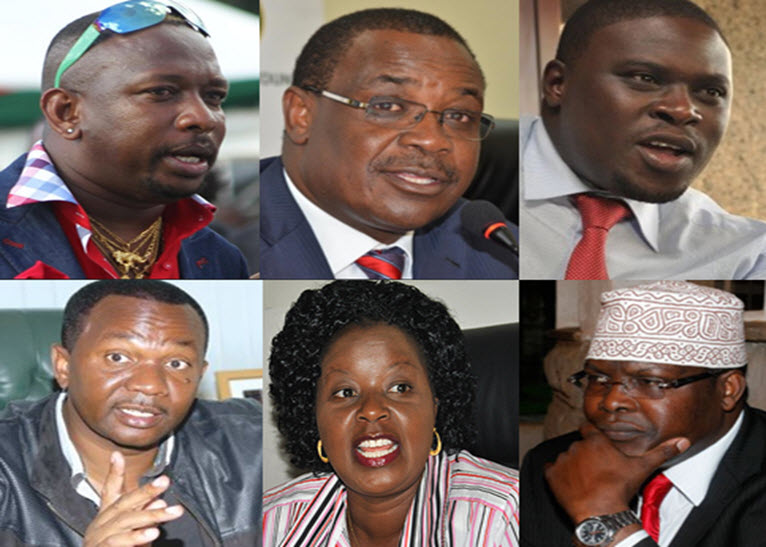 DETERMINING THE NAIROBI FACTOR. It’s now very clear that Nairobi County is the breeding ground for our future leaders. The gubernatorial race is well choreographed and supper planned to future benefits. With the bucket of whopping 2.30 million registered voters, as per now, the KENYAN capital is a green bag. The political equations being solved day in day out. Political orphanage being formed. And the city life still continues. Lots of are to determine, I will highlight quite many of them. But will focus on the bigger equations.

The Nairobi gubernatorial race is becoming, if it hasn’t already, a battle royal. The characters like Peter Kenneth of PK and now Miguna. It is not funny but will highlight that later. Nairobi is a hot cake when it comes to votes. The political hungry folks are full of political salivae.

EVANS KIDERO:
He’s assumed to be the bigwig in the Nairobi life. Kidero has a lot of L; he ought to remove or has had to shed. The mumias thing that a prominent Luhya nation leader is benefitting from. Lemme talk straight to the numbers. Kidero popular known as EK by his friends. Kidero will enjoy his native and western vote. If at all EK will vie again, he will have better exhibitions. The luos and Luhya will vote for EK. The Kisii and few of folks are still meditating about such. This will be an upper hand for Kidero. The business class will vote for Kidero. Big financiers are behind his back, for mutual or personal interests. If, ODM takes Kidero as their choice for the city’s top seat, will be, might be, re-elected as early as anyone.

PETER KENNETH.
The man popular was known for his PK things. The son of Gatanga who happens to have his roots in a foreign paternal background. The man who has mastered his Fathers language, English, very well. This is assumed to be the JUBILEEs favorite pick to ouster Kidero. Well qualified and mature politically. Insiders anticipating a rebellion from the inner circle of the JPs number one candidate, Uhuru- currently the President of Kenya. If P.K is picked as JPs choice for City’s top seat, he will enjoy massive vote from the GEMA. The Gikuyu, Embu, Meru and Akamba- GEMA, combined has almost, if not, the half of the city’s registered voters. This is why the Queen of ATHAMAKI- Mama Ngina is believed to be the power behind P.K s candidature. Needs a clear analysis to know her, game plan, if at all its true that she’s up to something…

MIKE MBUVI- SONKO
The now Senator who was voted in by 800 thousand voters, enjoys his popularity on the ground. He just graduated from KENYA INSTUTE OF MANAGEMENT- KIM. This no matter how suspicious, makes him qualified for the seat, academically. The flamboyant city senator is well loved by folks on the ground. He will win by a landslide if folks go to popularity polls. Well known. Well-loved. But he is not JPs choice, simply because he has no support for them. This is assumed from his 800 thousand plus votes, who voted for him but voted otherwise for the presidential seat. This has earned him an L from the inner circle. Sources anticipating that he will deflect to Kalonzos side, Wiper party. He will be given the white flag to the Gubernatorial race.

ESTHER PASSARIS.
Not too popular on the ground. Not too into politics. But a choice and favorite amongst city women’s. The brain-mind behind Adopt A Light that was later financed by Equity Bank saw the city have street lights. She will use this to trap votes on her side. Sources allied to her, tell me that we have a lot of Whats App groups of Youths and Women campaigning for her. This is called silence popularity. They are aiming to reach to so many youths who have smartphones and use that too, tell a friend to tell a friend and so on and so forth. Well, excellent initiative if at all will work for her. The Harambee party she’s struggling to register, with decline letters from the registrar of political parties might soon be off her shoulders. If her movement is not registered to a party, sources tell me she will pack her thing to a new home.

UKWELI PARTY is rumored to be her New home. The Boniface Mwangi, an activist, and politician, party. Its believed that the two are mutual friends and she will make the party a bit popular with her gubernatorial ticket. This is anticipations, time will tell the truth.

MIGUNA MIGUNA;
This is the only Candidate. The man with the same name twice, a solicitor and barrister in Canada, is back in town. Back in the City’s top seat. Well schooled, well qualified and well planned. I have read his manifesto, 24 slides. It is perfect and too beautiful for Nairobi. But Miguna is a man who compares everyone to his/her knowledge. If you have weak papers than his, you’re stupid. He argues from his intellectual view, lives in his world. He is arrogant and too dismissive. His broad exposure makes him the too egotist. His knowledge makes him too arrogant. Best mind for the city. But Miguna will have to work on this, his arrogance. People hate to fear a leader. If he needs to get the Nairobian votes, he ought to make them his friends.

Knowledge, once he makes folks too stupid to him, that makes him lose the votes. People have different academicals history and background, comparing theirs to yours is too terrible for an elective aspirant.

Popularity, Miguna is not too popular on the ground. He is well known to folks who knows what he does. Business folks tend to avoid his approach. Free advice to Miguna, Nairobians will love you if you lower your bride to theirs. Make them understand your vision. Let them see you as their savior and not just another leader. You’re already famous, work on your ground for popularity.

Determinations ;
If at all Sonko will deflect to Wiper, they, Sonko and Peter Kenneth will share the GEMA votes. If Kidero is chosen to for a re-election, he will rip big from the Luo, Luhya votes. Having Mueke as his deputy adds the portion of the Akamba votes, who will vote for their son. Miguna has the intellectual votes. The “super bright” folks, according to his nature will vote for him- their numbers are low. He is nonpartisan, meaning no presidential endorsement needed, hence, votes from all corners. He will also have most of the votes from social media and mainstream folks. This takes a little bit of the Luo, Luhya votes.

Passaris has lots to work on her bid. Her votes will be mostly women and youths. Not all, though, but her focus is basically slum oriented, a big advantage if she manages to take that to her bucket. Peter Kenneth will have the majority of the GEMA. This is a challenge for Kidero. Sources are linking P.K to a future deputy. Here is the plan, if P.K wins the Nairobi s top seat, he will use that to popularize himself further. The introduction of Gideon Moi to Jubilee without dissolving KANU, and having the two, paired politically, will see a significant change in 2022.

Close friends allied to Ruto currently Deputy President, have been marked politically. One of them being Sen Murkomen. And also the Uasin Gishu governor- Mandago. The game plan is if JUBILEE wins 2017, this will see KANU back to life, that is the intention. Then if P.K wins the Nairobi’s governorship, the two- Gideon and Kenneth will come together as a movement for Kenya’s top seat. Baringo will be deputized by Gatanga. Bomet is being lured to be into this mainly to convince the upper rift. This is between the moi-Kenyatta family. A large political orphanage is under construction. And Nairobi is the main contractor. And if Kidero wins the re-election, he will deputize Joho in 2022. This is believed to be the biggest rebellion ever. Politics is all about anticipation. It’s never real till it happens- good luck.

Family and friends in Nairobi, make a wise choice. Five years of the better Nairobi as the city will make a big change for our countries future. One county, one country, one love, the future is coming and politics will never and can never change that.
*the names of the clans are mentioned to give the clear picture, which does not necessarily hold the assumption that voting will be along ethical lines.

Diary Of A Dictator: The State’s My Gov Newspaper Has Nothing To Do With Cutting Advertisement Cost