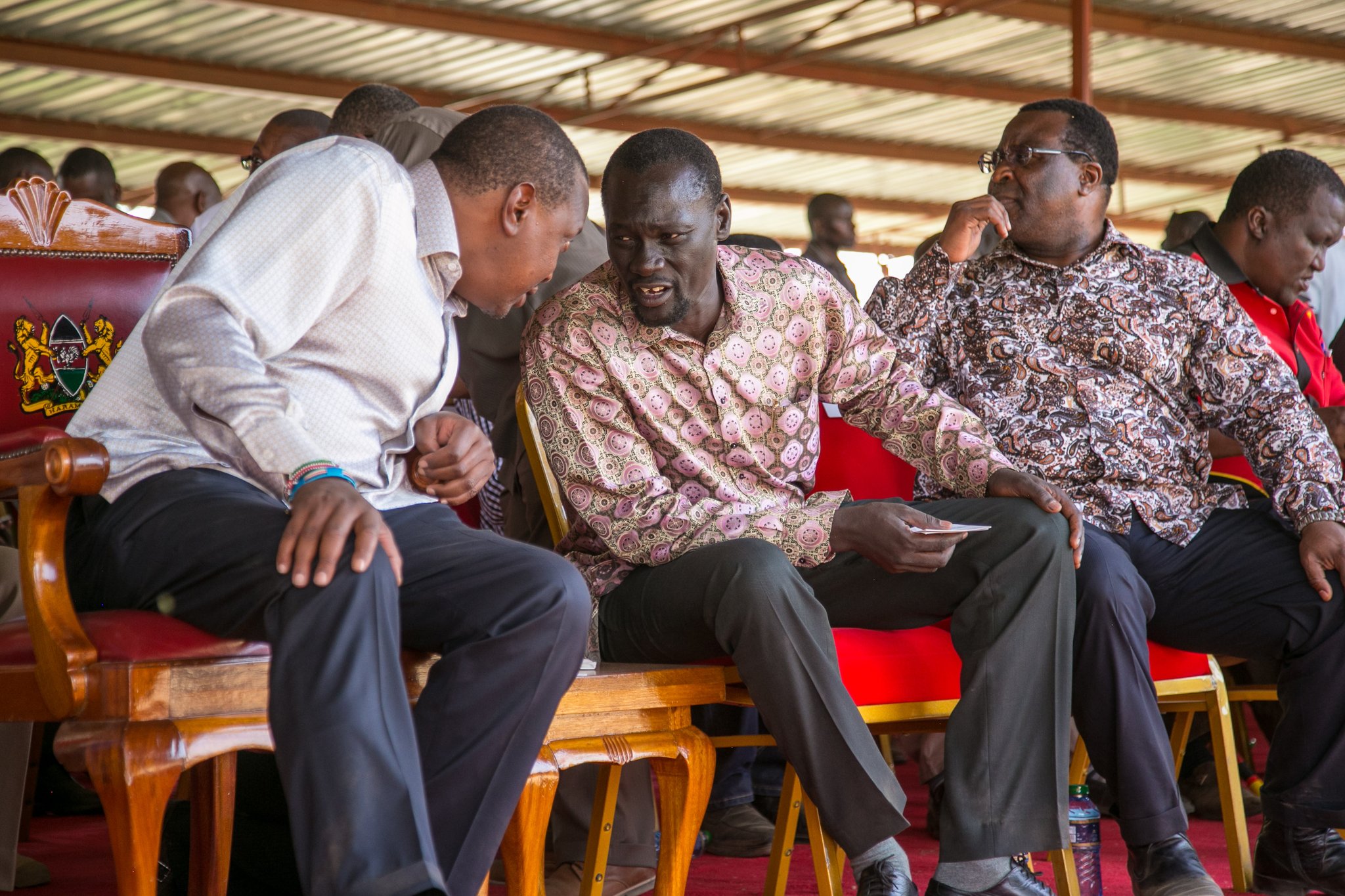 Turkana County is one of the marginalized communities who’ve been despised by past governments and lagging behind in development. The country stereotyped for poverty has for years battled persistent drought a calamity that has clobbered the pastoralist community for long. The county system of governance has however boosted economic apparatus of the community with a survey indicating a relative improvement of living standards in the country. This including water projects amongst other infrastructure programs.

There has been bad blood between the jubilee top brass and TCG Governor Nanok given his affiliation with the ODM party. The governor has been a punching bag for the Jubilee leaders and recently the deputy during his tour in the county took the opportunity to massacre him. “Remarks by Deputy President William Ruto proven in his utterance and actions of his complete disrespect of the County Government of Turkana and its leadership. His itinerary included visits to County Funded health and water projects but without the courtesy of informing or inviting the host government.” Reads a rebuttal from the TCG

“Ruto has refused to see any good in the performance of the County Government, and despite the existence of an intergovernmental framework of coordination and consultation between the two levels of government, he has kept Turkana County Government in the dark on his visitation. Instead, he has resorted to attacking the Governor at every opportunity through roadside political propagandas.” Continues

“It has also not gone unnoticed to Kenyans and to the residents of Turkana that this unwarranted attacks on the county government is part of a bigger plan to install a weak administration on the Turkana people, a leadership that he can manipulate and one that can easily bend to wishes and goal of plundering resources of Turkana unabated.” Reads part of the statement.

Related Content:  Labour Court And Why Sossion Is A Permanent SG Of KNUT

The Governor is on the winning end from supporters after he stood up the President during his Turkana tour on matters Oil remittance. Nanok questioned the CG’s commitment to the full development of the community while the oil royalties to the community were slashed from the proposed 15% to 5% in a move that was inked by the President. Nanok took the opportunity to squash LIES peddled by DP Ruto and Senator Munyes that Central Government gave TCG 50B yet the accurate figure is 33B. Given long term of resources allocation discrimination, The governor defended his track record saying the amount given was not only small but a drop in the ocean to resuscitate the economy fully.

The remarks by the governor in what can be easily translated into accountability queries escalated quickly into a flaming outburst with the President taking to the podium to ruthlessly attacking Governor Nanok and downplaying his management prowess. Many are worried about the President’s now frequent outbursts pointing at a possible need for anger management.

The Tullow Oil Company discovered about 600M oil barrels which would attract trillions. The discovery has seen vultures stream to cut a piece from the community in unusual steps. The battle for community benefiting had however been left to the Governor and some MPs with Senator of the area John Munyes endorsing the presidential offer. Munyes who’s widely viewed in the county as an enemy of progress is scheming to unseat Governor Nanok. He was recently dumbfounded when challenged to table his table his development track to the community since his tenure as minister for water.

Video: President Uhuru responds in fierce tone to the governor

The history of Governor-President feud tracks to the Petroleum Bill that had earlier been declined by President Uhuru the Petroleum (Exploration, Development, and Production) Bill 2015, would have given local communities 10 percent of oil revenues derived from their areas.

In a memorandum to Parliament, the President instead proposed that the share of profits be reduced to five per cent. The proposal was met with total opposition, and outrage, especially from the County’s Governor Nanok who believes the community deserves an upper hand in the cutting as this, would see a long time marginalized community benefit from proceeds and spring to a middle-level economy.

Also, while the President retained the allocation of 20 per cent of oil revenues due to a county government in whose region oil is being explored and exploited, he added a rider that it should not exceed twice the amount it has been allocated by Parliament in a financial year.

Odinga, the opposition leader, is also on record protesting the step by the president declining to assent to the bill as proposed slashing the benefits from 15%-5%. “In rejecting the Bill, the President proposed drastic changes to the benefits and sharing formula that had been proposed by Parliament. One of the amendments the President wants is to reduce the amount due to host communities from 10 per cent to 5 per cent. The President also intends to reduce the share of County Government from 20 per cent to an ambiguous figure to be determined by the National Government purportedly to cater for what he calls “equitable share of taxes,” whatever that means,” he said.

“With that demand on “equal share of taxes,” the President is attempting to place the entitlements of the host communities and the County Governments at the mercy of the executive arm of the National Government. This is a clear violation of the Constitution and an attempt to reintroduce marginalization of communities regarding their resources through the back door added the ODM leader.

Kenya Insights allows guest blogging, if you want to be published on Kenya’s most authoritative and accurate blog, have an expose, news TIPS, story angles, human interest stories, drop us an email on tips.kenyai[email protected] or via Telegram
Related Topics:
Up Next

With A Unified NASA, The Election Is For Jubilee To Lose

Why Raila Could Be The Kenya’s Next President And Uhuru Set To Be A One-Term President, Lawyer Ahmednasir Breaks It Down