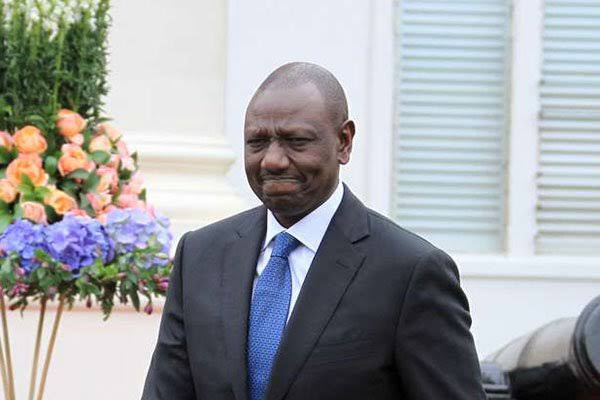 The Billionaire hustler who says, I don’t know and don’t ask me how is extra generous, William Ruto is not only in a political pit but also facing a financial dry patch. His ‘charitable’ donations in public functions and handouts to politicians have been slashed to almost, if it had percentage-90%, with Tanga Tanga MPs being the most affected.

Every Friday, Ruto’s Karen home will be filled by broke and politically non-viable MPs and irrelevant political analyst to get a slice of Ruto’s huge donations and millions as their weekend allowances.

“Ruto is not rich as may think, but he likes when people imagine that he is wealthy. Apart from brokering international tenders to Chinese firms at a percentage and getting millions from Asians most of them who have divorced him after the fallout with Uhuru and his kitchen cabinet, not much is known of Ruto investments that can effectively raise 2022 campaign funds,”  anonymous media source said.

The DP is in a deep financial crisis, I mean, we all know his friends are just there for the bag and don’t care what happens to him afterwards. The Hotel investor has since disposed off Easton residential apartment along Jogoo road.

Not just that, the development of DP’s Dolphine Hotel on the shores of the Indian Ocean, the Hotel associated with the Weston Hotels chain has also stalled. NEMA is also on his neck and fighting for its demolition.

Also, DP’s palatial house in Moiben, Uasin Gishu has stalled too. It is not clear whether it is because of the cash crunch but, probably is because the project is said to be worth Billions of shillings. According to Weekly Citizen, the materials that were being used in the construction were being delivered by those involved in dam construction and with the, everything came to a standstill.

Ruto has also fired over 300 employees who were in the ofMoiben palace and those in his avocado plantation in the 1200-acre Moiben farm.

During the early days before he was elected alongside Uhuru in 2013, Africa Merchant Assurance Company (Amaco) was pivotal in sorting his finances. It has emerged that Ruto sold his stakes in the insurance firm that he created in 2000 with his friend Silas Simotwo.

A few months ago, Ruto who accumulated up to four helicopters that were based at the Wilson Airport sold two of the Eurocopter’s to Energy CS Charles Keter and Agriculture CS Mwangi Kiunjuri. Sources state that the two are still paying him in instalments. 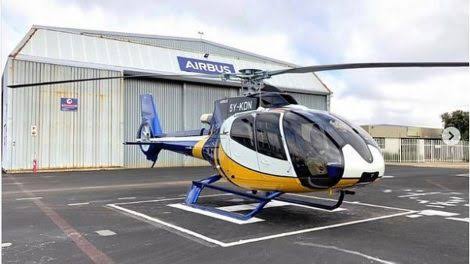 Ruto’s Mediamaxx Company that runs K24 and Kameme and other stations has laid off more than 150 workers. The firm he co-owns with Uhuru who seems to be unbothered about its operations.

Politically, Ruto’s cash crunch is being portrayed openly in the Kibra by-election that is set to happen on Thursday 7th Nov. The DP had asked Tanga Tanga MPs to act as agents for Jubilee candidate Macdonald Mariga but some slumped stating that they would only be agents if they get paid.

Ruto only speaks when his pockets are full. His political ambitions are pocket driven and he has no political fan base expect around 30 legislators who have decided to use their pockets to think instead of their brains.

Kenya Insights allows guest blogging, if you want to be published on Kenya’s most authoritative and accurate blog, have an expose, news TIPS, story angles, human interest stories, drop us an email on [email protected] or via Telegram
Related Topics:Tanga TangaWilliam Ruto
Up Next

Boniface Mwangi: Kibra Residents, This Is Mariga For You

Kambas Are Not A Gender, Wavinya Ndeti Slams Raila Odinga