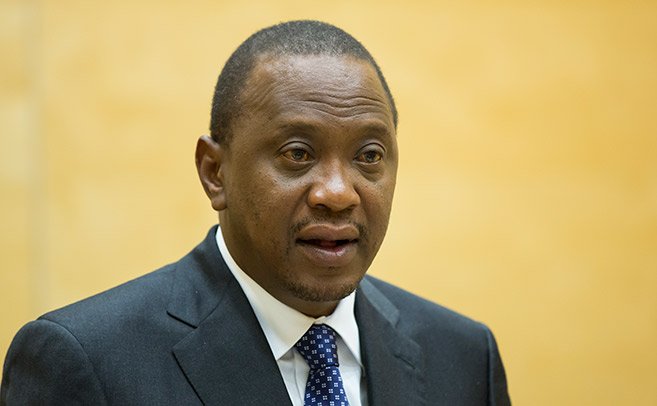 Throughout history the power of the people has been tested time and again. Kenya’s own struggle for independence has pride of place in the annals of freedom struggles. Our progenitors turned the clock of history when they could no longer bear the yoke of colonial oppression. They gave us the promise of a fresh lease of life in a land splendor where justice would be our shield and defender.
The promise of our national anthem has however been betrayed with impunity. Where the fruit of our labour should fill every heart with thanks giving, our nation has become a looters’ paradise.
In March 2015, President Uhuru Kenyatta restored our hope when he declared “an unwavering war against corruption,” in his second State of the Nation Address. He received a standing ovation from the joint houses of Parliament. The rest of Kenyans beamed with unguarded delight. Yet, does all this seem to have been no more than perfectly choreographed hot air?
As a trusting citizen, I feel cheated. As a nation, our values have not merely been altered, but have actually been destroyed. High level government officers have made runaway graft and corruption the order of the day. They shamelessly exploit the toil of hardworking Kenyans and present carefully constructed defense lies.
The state has been quick to repudiate the vice while laying claim to it. The doublethink trend is agonizing. As it consciously induces unconsciousness, millions of Kenyans can only afford a meal per day. Not by choice, but as a result of economic paralysis triggered by a few upper crusts.
Mr President, enough of the historical decadence and polysyllabic speeches. Kenya is waiting for you to take a stand and emulate one Lee Kuan Yew whom you are on record as stating he is your role model. The founding father of Singapore transformed his country from a mere trading post to the present day Asian metropolis that it is. We are waiting for you to be our Lee Kuan Yew, for the future and unborn generations.
Kenya is smarting under the burden of the Health Sandal, Land grabbing, CCTV installation, NYS non fictional soap opera, Youth Fund, Anglo “fleecing” 3Billion payout reward, irregular tendering, billions that remain unaccounted in government departments, among many more economic crimes by the high and mighty.
Public anger is mounting, as can only be expected. History has taught us that the power inherent in the will of ordinary citizens has birthed new dawns.
At the end of the 17th century, peasants in France redesigned their country’s political landscape to bring a rotten monarchy to its end. Royal coffers had been depleted under King Louis XVI and his predecessors. The people’s plight fell on deaf ears. The old order got its death certificate.
The constitutional power bestowed unto Kenyans demand for accountability and transparency in all state affairs. At no point should favoritism apply to anyone who has consciously defiled our economy. You must take an intrepid stand
Women, the old and the youth are dying daily from treatable conditions. Unemployment is soaring at an all time high. A majority wallow in hopelessness due to the billions lost through scams. Money that could have helped in the alleviation of the basic living standards.
We must reclaim our loving country from tainted leadership.
We the electorate doesn’t want to overthrow the Government as one spin doctor and his handlers put it. We just want to take control of our destiny, that we may be culpable if we mess up. Our hopes, passion and vision for the future are our very own existence.

This article expresses the author’s opinion only. The views and opinions expressed here do not necessarily represent those of Kenya Insights or its Editors. We welcome opinion and views on topical issues. Email: editor@ke-insights-staging.hbgtjqf6-liquidwebsites.com

Controversies: How Wafula Chebukati Made It To IEBC Top Job And Why Jubilee Is Uncomfortable With CEO Ezra Chiloba