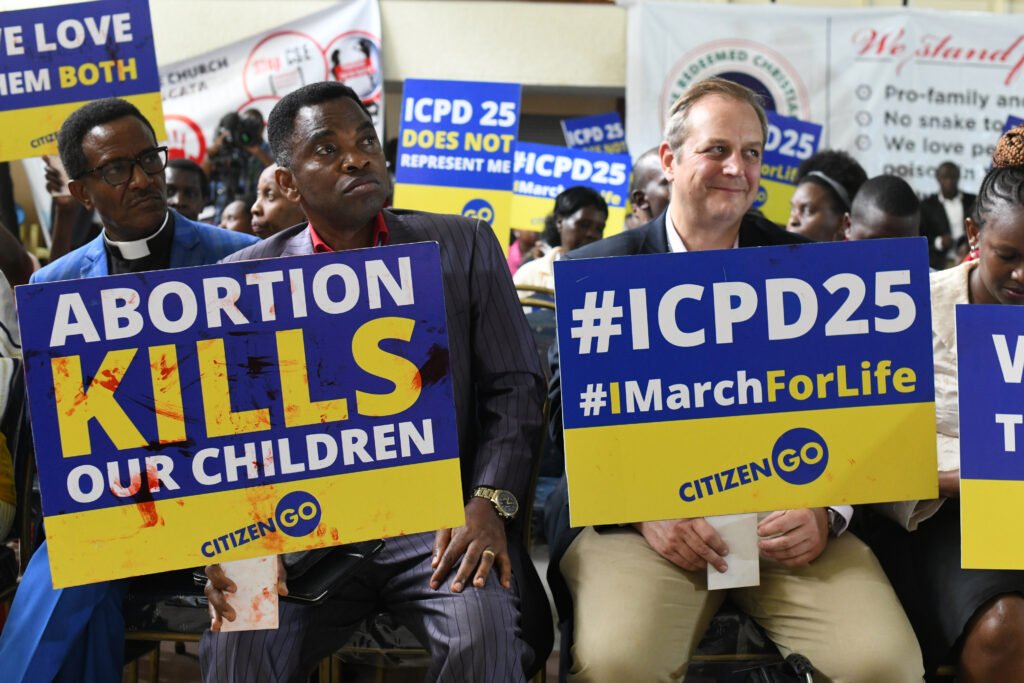 In the recent past, Social media platforms have been used to spread misinformation on Reproductive health issues, in turn filling the public with a lot of myths, misconceptions and false information that informs their judgement and perception on some of these issues including Abortion, Sexuality Education as well as Sexual and Gender minority rights.

Use of influencers who are paid to derail and share extremely wrong information has been growing over the past few years. This is according to a new research from the Mozilla Foundation indicating that influencers received between Sh1,000 and Sh1,500 to derail online debates over the Reproductive Healthcare Bill 2019, and the Assisted Reproductive Technology Bill 2019 amongst others.

The report says “Kenya has been a key target for CitizenGO, given that it is a conservative society that identifies as 85% Christian. Its tactics in Kenya echo its actions in Spain and the rest of the EU”.

This reports confirms that Kenya’s Twitter influencers will post anything without adequate knowledge on the issue, without thinking of the impact of their work to the general public, or how unjust the information is. Manipulating public conversations on Reproductive health and rights isa great offence as it goes against access and enjoyment of basic human rights to all.

“The Twitter campaigns appear to have inauthentically promoted anti-choice sentiment and attacked politicians and activists advocating for gender rights,” states the report.

“The report shows how quickly misinformation on public health issues spread and confirms that the anti-abortion movement in Kenya is fuelled by overseas organizations. These are dangerous tactics and only serve to harm women” Director, Ipas Africa Alliance mentioned.

CitizenGo, a Spain-based and registered organization has been misinforming the public using paid influencers on twitter to spread misinformation. CitizenGo has widely shared contrary information of some of the key bills on reproductive health in Kenya with an aim to sway the public from accessing information, services that they are entitled to. Access to information and education on sexuality education amongst other reproductive health issues remains a right of every person.

CitizenGO delivered over 3,000 signatures to the Attorney General of #Kenya demanding that he stands for #Life and #Family 👏👏👏 pic.twitter.com/IZfEPvB4s4

“The member states will be mandated to ensure investment and implementation of diverse programs that aim to reach out to the Adolescents and young people on various SRHR issues. Issues like Return to School for pregnant Adolescents will be actualized through development of programs and policies that will be effected into the different states and implementation enforced” explains the bill.

According to the Research by Mozilla Foundation, they indicate that CitizenGO, which is reported to have links to far-right-wing groups sponsored and coordinated disinformation campaigns on Twitter that labelled the Reproductive health bill as the “Abortion Bill” In the recent CitizenGo campaigns they have also termed the East African SRH Bill 2021, as the “ EALA Abortion Bill”. The East African SRH Bill is very progressive and will advance issues of Reproductive health in the region, if passed by the EALA parliament.

“The campaigns also made false and misleading claims around abortion, surrogacy, and other areas of reproductive health,” says the report. Twitter should continue to take down accounts, organizations & influencers who use their platforms to misinform the public on Reproductive Health issues In Kenya with an aim of importing hate! Exporting disinformation is utterly wrong! To distort civic debate on social and health processes is even worse. Comprehensive sexuality education, Abortion, LGBTQ+ Rights has constantly been subjected to opposition, myths and stereotypes around it which have led to a total misunderstanding of what it entails to.

#KihikasAbortionBillSuspended
The Senate in Kenya has suspended the controversial Reproductive Healthcare Bill on abortion by @susankihika
Thanks to the 20.000 signatures presented by CitizenGO to the Senate Speaker, and the pressure from pro-life voices in Kenya! United we win! pic.twitter.com/8HuwjGD3OG

We demand that CitizenGo issue a public apology to Hon. Susan Kihika, Hon. Esther Passaris, Hon. Millie Mabona and Hon. Kennedy Mukulia for trolling them, for the large and wide interference to share propaganda on very progressive laws that these lawmakers have developed and spearheaded

Influencers paid to spread false information on critical issues within Reproductive health and rights among other social and health issues should be banned from Twitter.

The Director of Criminal Investigations should take this up through investigating the group and fully prosecute them, after which they should demand that they exit their work, staff from Kenya.

Kenya Insights allows guest blogging, if you want to be published on Kenya’s most authoritative and accurate blog, have an expose, news TIPS, story angles, human interest stories, drop us an email on [email protected] or via Telegram
Related Topics:anti-abortion billCitizenGo
Up Next

Manifestos Key In Laying The Next Government Agenda And Priorities