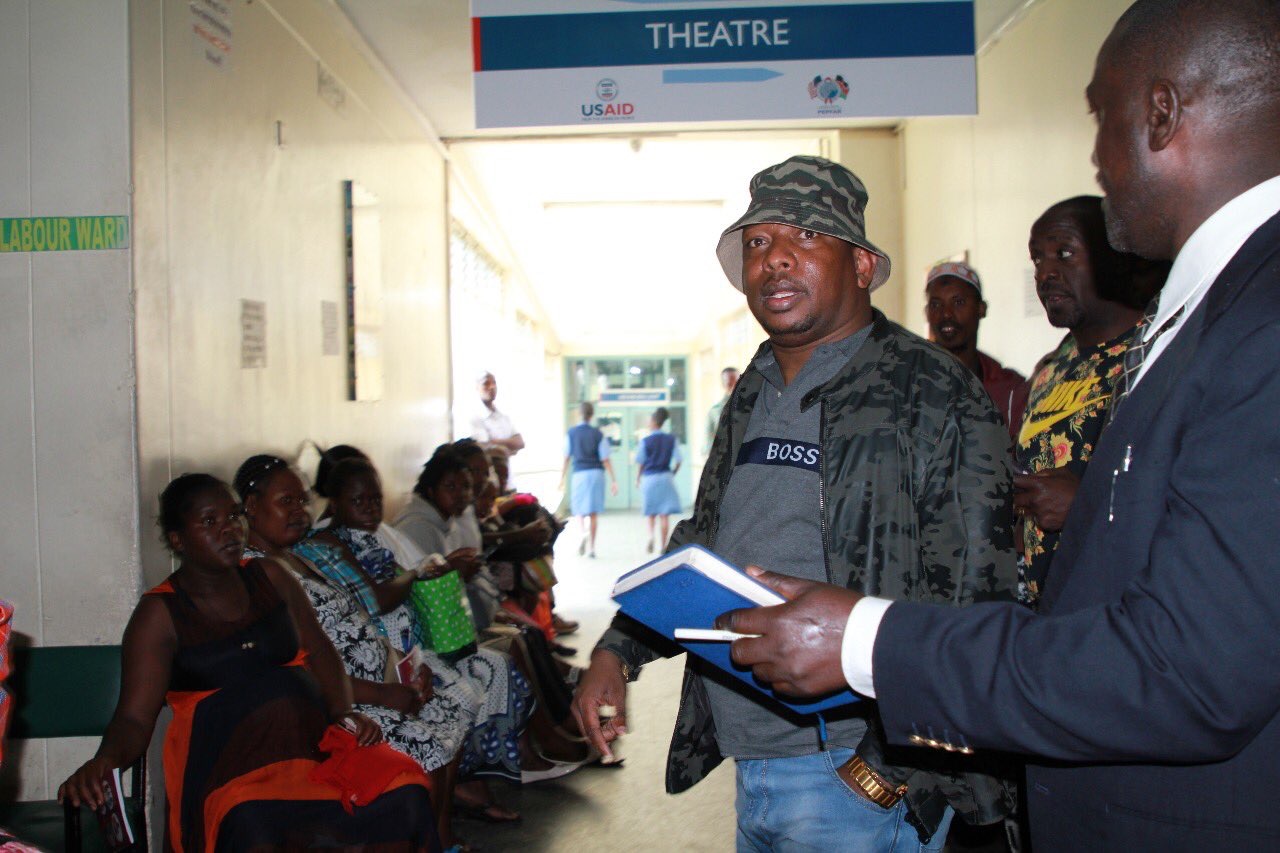 Governor Sonko when he made an impromptu visit at the Pumwani Hospital.

12 babies died at Pumwani hospital allegedly over power being switched off. Governor Sonko suspended hospital superintendent & doctor in-charge. Mothers claimed that the staff switched off the power in the new born unit. Governor conducted an impromptu visit that found bodies stuffed in boxes at the storeroom.

Being an emotive case, many people have been angered by the mannerism of how the bodies of the infants are handled. However, facts behind the scenes tells a totally different case.

Dr. Nelly Bosire said, “Pumwani has no morgue. Never has. All bodies of deceased Mothers, newborns and stillbirths are collected by the city mortuary morticians in the morning. Before, this happened daily, nowadays it happens Mondays, Wednesdays and Fridays.”

According to a summary report on operation at the hospital between Friday and Saturday, a total of 156 deliveries were made and only 6 deaths registered. On accusations of hiding bodies, the report says that The hospital has got a holding room for dead bodies. The room had a total of eleven (11) bodies.

Related Content:  How DCI Muhoro Plotted To Assassinate Lawyer Ahmednasir And The Death Threats To Blogger Nyakundi Over Tatu City

Dr. Bosire goes further to paint a picture on what exactly happens in the country’s biggest maternal facility, “For little angels who pass on before birth or in the new born units due to complications, the families have the option of taking them to bury or they can give them up and the hospital then has them buried. This happens in both public and private sector, permissible by law.”

Because of poor facilitation, the staff have to be innovative, “ There are no body bags to keep the deceased in before transfer to the morgue. Hospital staff have to make do with what’s available. Carton boxes and plastic disposal bags are the most available temporary storage for these little angels. Every deceased person, irrespective of age, is registered in the death notification register provided by the registrar of persons (births and deaths). Each of these little ones is moved to city mortuary with an attached notification. They are not just statistics.” Dr. Bosire says. 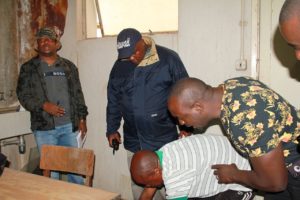 Governor Sonko And his team Uncovers the bodies in the storage room.

According to the report, the AUTOCLAVING MACHINE broke down on Wednesday, 12th September, 2018 and repaired on Thursday. The machine broke down again on Sunday, 16th September, 2018. The hospital liaised with Mama Lucy Kibaki Hospital and Kenyatta National Hospital for assistance respectively. The delivery packs were autoclaved and returned back to the hospital. The machine has since been repaired and is now operational.

The hospital currently has seven (7) medical doctors, five 5 consultant one on annual leave, one on sick leave awaiting doctor’s review report. In the obstetric gynecologist; there’s only one (1) Medical officer per 12 hour shift. Theatre 2 is run by consultants who operate on cold cases/elective Caesarians. There is usually one (1) Consultant on call for a 24 hour-basis at the moment theatre two is doing emergency c/s due to long waiting list. This Consultant covers both the labour ward and theatre.
Labour ward has 6 nurses per shift whereas the recommended is 10 nurses.

The hospital has one (1) operational ultrasound run and managed by two (2) Sonographers. The working hours is 8am – 5 pm for 5 days a week. Due to the inadequacy of staff, there is no one to cover the weekend, holidays and night shifts. The clients pay Ksh. 1,800. NHIF have been requested to come and upgraded the system to cover this service for those who are on the NHIF and Linda Mama scheme.
There is an additional ultrasound machine in the store, not operational due to staffing requirement.

In a nutshell, the case of Pumwani is the situation in many public hospitals where systemic failures has been the cause of negligence deaths . These are crucial points that must have passed Sonko as Dr Bosire questions, “did Sonko bother to find out this? Nope. He chose to call it sinister because he did not understand it. He proceeded to suspend the team without investigation.”

These failures need to be addressed away from populist stunts by politicians, if things remain as they’re then most likely more avoidable deaths will be registered. Being a referral hospital receiving complicated issues, Pumwani should be prioritized in facilitation. So if Sonko genuinely cares about the mothers and infants, the best way to address situation in Pumwani is not firing victims of the circumstances but instead solve the entire thread by addressing the key facilitation points.